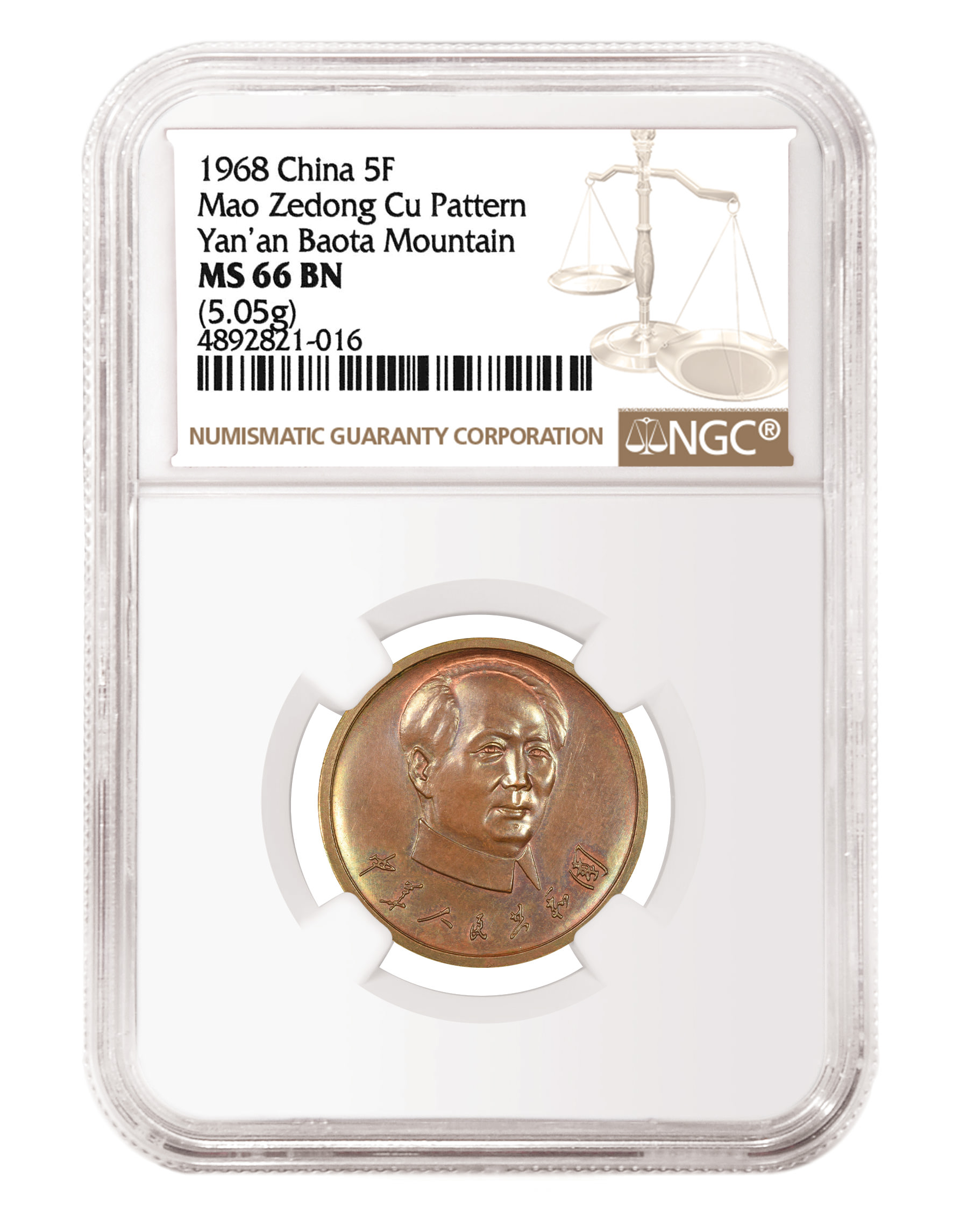 SARASOTA, Fla. (August 7, 2019) — Numismatic Guaranty Corporation® (NGC®) has certified a spectacular collection of patterns featuring the likeness of Mao Zedong, the leader of the People’s Republic of China from its founding in 1949 until his death in 1976.

These 28 patterns – 14 copper and 14 aluminum – were struck in the Fen and 5 Fen denominations. A pattern is a coin struck with a proposed design or composition. In this case, they demonstrate a remarkable combination of artistry and production techniques.

They were struck in 1968 and 1969, when Mao was in his 70s. During this time, Mao was revered in China to the extent that many people wore badges with his portrait. Mao was resistant to having his portrait on coinage, however, and the patterns were never adopted for circulation. 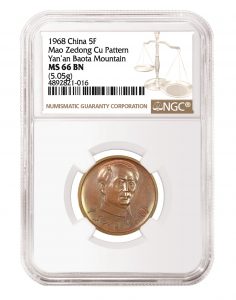 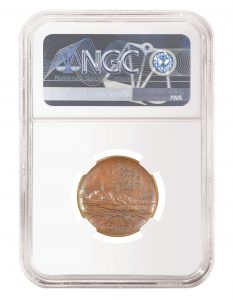 The coins’ obverses feature one of six different portraits of Mao from various times in his life. The reverses show places with a historic connection to Mao’s revolution. These include the Zunyi Conference and Yan’an Baota Mountain, themes from the Long March of the mid-1930s, when Mao’s Communist forces were battling those of the Chinese government at the time. Others include Shao Shan sunrise scenery, Nanhu Boat, Tiananmen Square and the Great Hall of the People.

The Shao Shan sunrise patterns include a version that shows the sunrise scenery without characters. The Nanhu Boat patterns include one with a youth Mao portrait and another with a side portrait.

The 28 coins were acquired in November 2016 at the Beijing Chengxuan autumn auction for 8.97 million Yuan (about $1.34 million USD). They were graded in March 2019 at the Shanghai office of NGC Shanghai Business Information Consulting Co., Ltd. (NGC Shanghai), the China-based affiliate of NGC.

“NGC is honored to have certified this magnificent group of patterns, which provide special insight into the history of Chinese numismatics,” said Steven R. Eichenbaum, CEO of NGC. “We were glad to have been able to perform our expert authentication, grading and encapsulation services at our facility in Shanghai.”

Before they were graded, Numismatic Conservation Services (NCS), an affiliate of NGC, conserved all 28 coins in the set. NCS has conserved more than 1 million coins since it was founded in 2001 and performs these services on a regular basis in both in the US and China.

“These extraordinary coins benefited from the expert attention of NGC and NCS,” said Michael Chou, CEO of Champion Auctions, who represented the owner. “Their services helped to reveal the true beauty of the coins and to protect them for future generations.”