Numismatic Guaranty Corporation® (NGC®) is excited to announce that Keith Moon, one of the country’s top coin graders, has accepted a position as Senior Grading Finalizer. 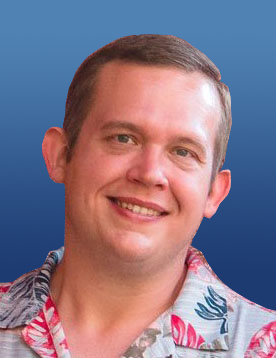 Moon previously worked for NGC as a Grading Finalizer from 2013-2016 after working at PCGS from 2009-2013. Before becoming a professional grader, he began his numismatic career at Numismatic Financial Corporation, Inc. (NFC), a major dealer for vintage US and world coins. There, from 2005-2009, Moon learned from NFC’s founder Tim Carroll, becoming an adept numismatist and trader.

Moon returned to NFC from 2016-2021, honing his skills as a dealer, with the company expanding into new markets. Now back at NGC, he brings a wealth of numismatic knowledge and experience as well as a deep appreciation for collecting and collectors.

Moon, himself, started collecting at age 5, inspired by his grandfather. He currently collects Irish coinage, with a set ranging from the earliest silver pennies issued by Viking kings in Dublin through modern coins of the Republic of Ireland. He has also collected nearly every facet of American numismatics, including Indian cents, Mercury dimes and Peace dollars. Outside of numismatics, Moon also has a sizeable collection of orchid species, James Bond movie posters, gemstones and minerals, vinyl records, sports cards and more.

“In my career, I have studied and graded some of the most legendary collections ever assembled,” comments Moon. “The freshest and most amazing collections that I have ever seen came across my desk at NGC, and it is truly an honor to be back with this expert team in this grading room.”

“Keith is on a very short list of world-class US and world coin graders, whose skill is well-known and recognized throughout the hobby,” says Mark Salzberg, NGC Chairman and Grading Finalizer. “We are very lucky that he is joining our team.”

Congrats, Keith. I wish you much happiness at NGC.