The year 1921 is very important to many collectors of classic U.S. coins of the 20th century. 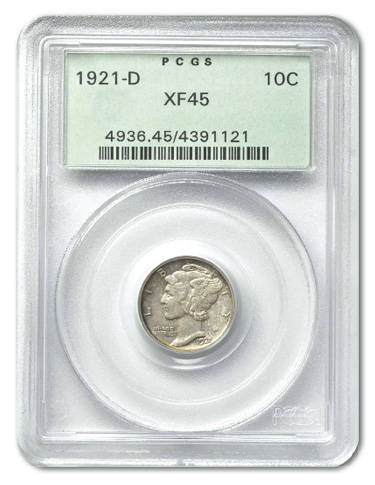 Several coin issues of 1921 are relatively scarce now, largely because of the severe recession of 1920–21.

Several coin issues of 1921 are relatively scarce now, largely because of the severe recession of 1920–21.

The year 1921 is very important to many collectors of classic U.S. coins of the 20th century. Several coin issues of 1921 are relatively scarce now, largely because of the severe recession of 1920–21. High unemployment rates, sharp deflation, an economic contraction and the brutal suffering of farmers lead to nationwide distress and caused many to panic in 1921.

If not for the recession of 1920–21, mintages for several coin issues in 1921 would have been much higher and it is likely that more people would have saved coins that were then current. People under economic duress are less likely to actively collect coins or put coins aside for other reasons.

It would be an exaggeration to say that all 1921, 1921-D and 1921-S coins are keys or semi-keys. Several are so, and many presently famous coins were struck this year. More so than any other single year of the 20th century, key dates and semi-keys were minted during 1921. The severe recession of 1920 and 1921 reduced the demands for coins in commerce and thus less production occurred in regard to all denominations that were struck in 1919 and 1920. Silver dollars were made in 1921 for political reasons far apart from the economic disaster that adversely affected a large number of U.S. citizens.

To form an impression as to why people were panicking in 1921, it helps to think about food and farming. More than ten times the percentage of the labor force was involved in farming in 1920 than was involved in 2020, perhaps more than fifteen times. In 1920, a large chunk of the U.S. population made a living via farming; only a very small percentage does now.

Businesses with large inventories of various products, not just food, suffered terribly, too. According to the U.S. Bureau of Labor Statistics, prices fell by 16% from June 1920 to June 1921 (https://tinyurl.com/PriceLevelCalc).

Nationwide, the unemployment rate peaked at 11.7 percent in 1921. Gross National Product (GNP) statistics that were adjusted for deflation and published by the U.S. census bureau show an 8.7% real drop in annual output from 1920 to 1921 (https://tinyurl.com/GNP1869to1970). The steep declines in the values of goods, land and businesses in combination with rising unemployment and decreases in output caused many people to panic. 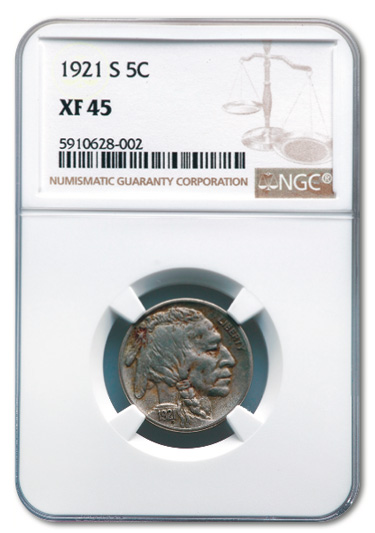 While 1921 and 1921-S Lincoln cents are better dates, certainly scarcer than corresponding issues of 1920, they are not keys or semi-keys. Lincoln cents are not the best examples of the theme here. Buffalo nickels are more relevant.

Nearly ten million 1920-S nickels were minted and more than six million 1923-S nickels. If there was not a 1920–21 recession, would six to ten million 1921-S nickels have been minted, rather than just around one and a half million? 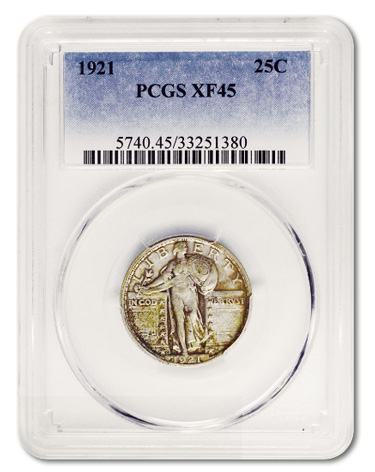 Originality, color, luster and striking detail all vary from coin to coin. For example, it is often true that two Standing Liberty quarters of the same date and grade will appear very different. Striking detail, surface texture and toning tend to be particularly inconsistent among surviving Standing Liberty quarters. CPG® price guide values are employed here to illustrate relative retail prices, not to draw conclusions about the values of specific coins.

While 1921 quarters are extremely important, 1921 is really ‘the year of the Walker’! In terms of scarcity and media attention, 1921, 1921-D and 1921-S Walkers tower above all other Walking Liberty half dollars and are famous overall. In the whole series of Walkers, these three are the only dates that are estimated to retail for more than $2,000 each in XF40 grade. Indeed, only one other date has a CPG® value above $1,000 in XF40 grade, the 1919-D.

In 1921, half dollars and silver dollars were the only denominations that were struck at all three mints. Morgan silver dollars were minted in substantial quantities in 1921 and survive in large numbers, due to peculiar political reasons, which should really be the topic of a separate discussion. Silver dollars were not minted from 1905 to 1920. A law passed in 1918 required that large quantities of silver dollars in government vaults be melted. In any event, 1921, 1921-D and 1921-S Morgans are common, inexpensive and easy to find.

Though not now as common as 1921 Morgans, more than twenty-eight thousand 1921 Peace dollars survive. These were struck in late December after the 1920–21 recession was over.

The recession of 1920–21 may have been unrelated to the decision to produce 1920-S eagles, though may have affected the mintage of 1920-S eagles and the decision to not mint eagles in 1921. Moreover, this recession is very likely to be relevant to the current rarity of 1920-S eagles. If the economy had been faring better in 1920 and 1921, a larger portion of the mintage would have been set aside by collectors and kept as parts of the personal savings of non-collectors. Savings rates usually fall during recessions.

Indian Head eagles were not only of interest to coin enthusiasts; they were valued at $10 each by people who used them for spending and saving. Many classic U.S. coins that were saved by non-collectors long ago later found their way into coin collections.

As with eagles, the San Francisco Mint produced double eagles in 1920. While no eagles were struck at any U.S. Mint in 1921, the Philadelphia Mint struck 1920 and 1921 double eagles. 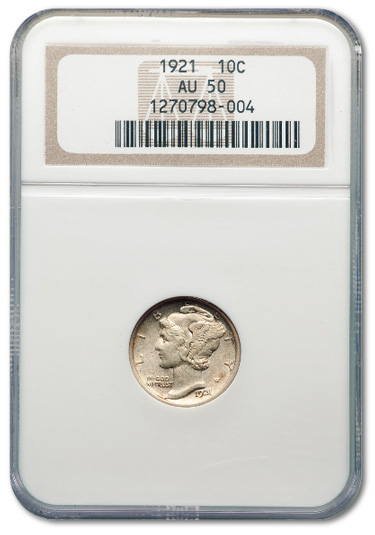 Even though it is impossible to precisely identify the effects of the 1920–21 recession upon coinage and the rarity of pertinent coins in the present, the coins relating to the 1920–21 recession are historically significant in an interesting and distinctive way. This recession was very severe, devastated the agricultural sector and ended without any kind of government stimulus program. The U.S. economy recovered on its own, and a long period of tremendous prosperity followed, which ended in 1929.

Subscribe to January 2022 edition of CPG Market Review for the industry's most respected pricing and to read more articles just like this.