PMG certified the top 10 notes in London’s Spink sale of important United Kingdom currency. A high-profile collection of United Kingdom banknotes — some dating to the 1 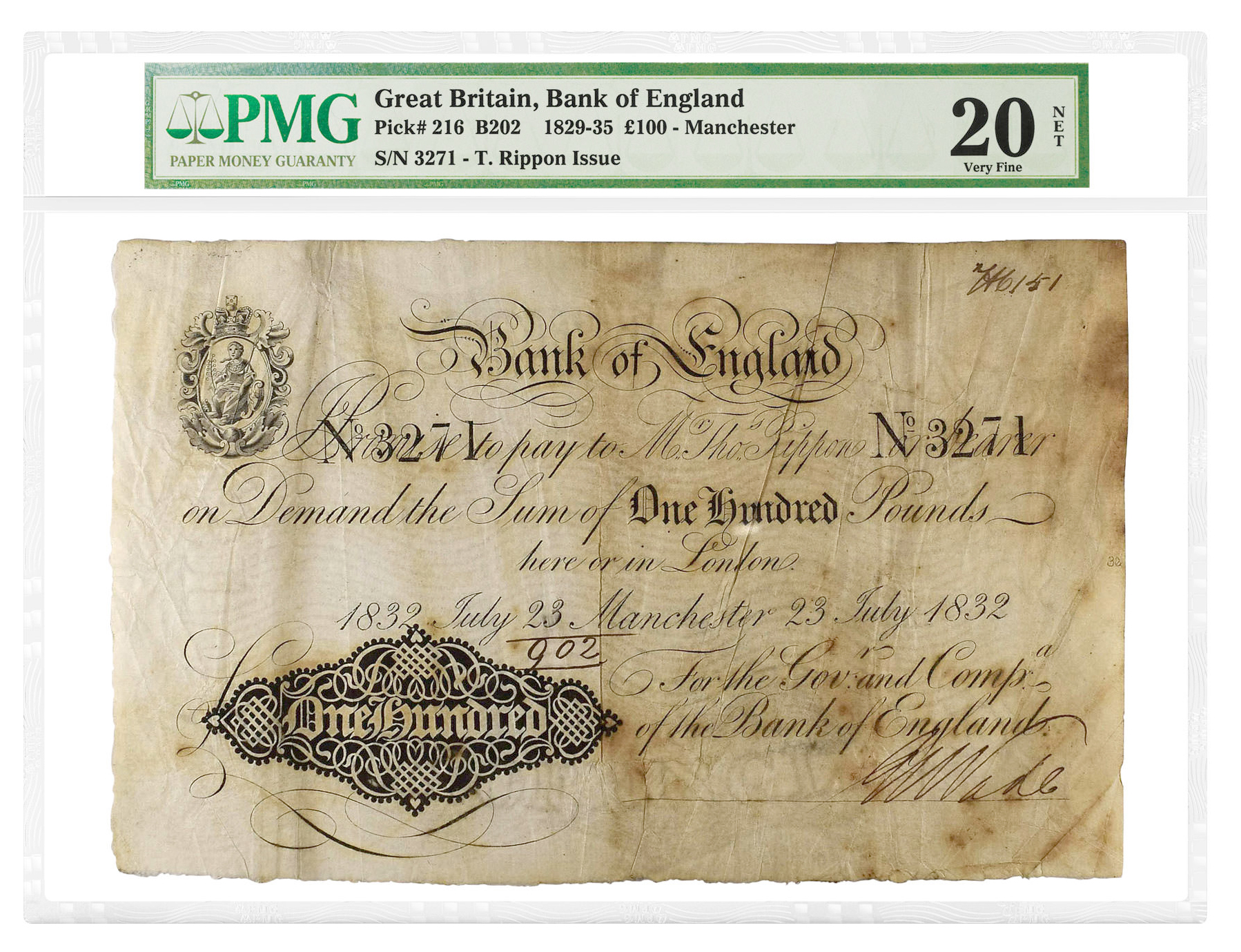 A high-profile collection of United Kingdom banknotes — some dating to the 18th century and most of them certified by Paper Money Guaranty (PMG) — sold briskly Thursday in an auction presented by the venerable London firm Spink. The £610,990 (nearly $800,000 USD) realized was almost £20,000 over the presale high estimate, said Barnaby Faull, Director of Banknotes for Spink, the 350-year-old global auction house.

Manzi, a renowned collector active in the UK entertainment industry, assembled the collection over 40 years. Many of the notes in the collection were iconic “White Notes” issued by the Bank of England. They are called that because they are simple white paper with black print. PMG certified highlights from the collection at recent London on-site grading events, which it held at the office of NGC International UK Limited (NGC UK), the London-based affiliate of PMG. They can be viewed in an online image gallery at http://www.pmgnotes.uk/manzi.

“The Lou Manzi Collection probably is the best collection of Bank of England notes extant today,” Faull said. “The prices were remarkable and I feel the decision to use PMG holders for the collection was completely vindicated. I look forward to Part II in the autumn.”

The top-selling 10 lots from the first auction of the Manzi collection all were certified by PMG. Spink is to offer the rest of the collection of banknotes Oct. 10. PMG has authenticated more than 4 million notes since it was founded in 2005. But the Manzi collection stood out, according to PMG Finalizer Chad Hawk.

“It was a true privilege to grade and be part of the Lou Manzi Collection,” Hawk said. “We have never seen such a comprehensive group of rare and high-quality notes from the Bank of England. It’s a collection that put a spotlight on the world of British paper money.”

Among the other top-selling notes:

NGC UK hosts PMG on-site grading events periodically in London; the next will be this fall. Spink will feature the remainder of the Manzi Collection in another sale later this year

PMG also certified highlights from several other significant collections during its recent London onsite grading events. Among these are notes from the Ibrahim Salem Collection of British Commonwealth Banknotes – Part I and the Michel Muszynski Collection of Sub-Saharan African Notes, which Spink sold in April. Image galleries can be viewed at PMGnotes.com/salem and PMGnotes.com/africa.