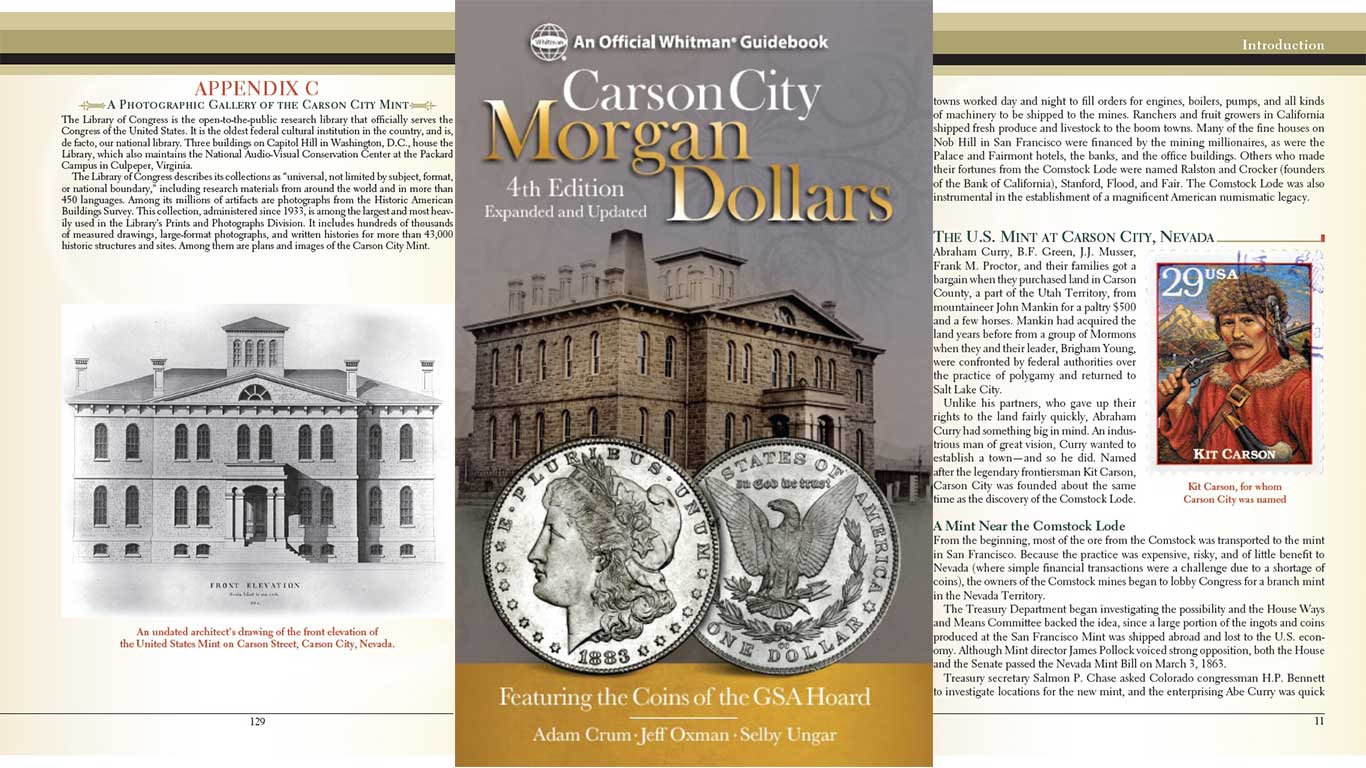 (Pelham, Alabama) — Whitman Publishing announces the upcoming January 23, 2018, release of the newly expanded, updated, and revised fourth edition of Carson City Morgan Dollars, by professional numismatists Adam Crum, Selby Ungar, and Jeff Oxman. The 160-page hardcover book will be available from booksellers and hobby shops nationwide, and online (including at www.Whitman.com), for $24.95.

The fourth edition has been updated with new historical photographs; revisions from ongoing research; current coin values; and market commentary. In addition, it has been expanded with 24 more pages of content, including a photographic gallery of the Carson City Mint with government and other images dating from the 1800s to today; an illustrated study by Q. David Bowers of other coins minted at Carson City; and a historical snapshot of Morgan dollar prices and research from the late 1940s.

The history laid out in Carson City Morgan Dollars begins with a worker’s accidental discovery of gold in California in 1848—an event quickly followed by the great California Gold Rush. The authors describe the challenges faced by adventurers in the ensuing scramble for precious metal; the Nevada silver boom of the late 1800s; the birth of the Carson City Mint, the struggles to keep it up and running, and its coinage from 1870 to 1893; and related historical topics.

Among coin collectors, the Carson City Mint is most famous for its gold pieces and, even more so, its Morgan silver dollars,” said Whitman publisher Dennis Tucker. “Collectors can immerse themselves in the detailed market information and practical advice shared by the authors. And even non-collectors will find it to be a fascinating history book.”

Mark Twain, William Jennings Bryan, “Silver Dick” Bland, Kit Carson, the Donner Party, Abe Lincoln, Brigham Young, and other famous Americans make their appearances in the story of the Carson City Mint. Another “main character” is not a person but a gigantic hoard of coins: millions of Treasury-bagged Carson City silver dollars brought out of storage in the 1970s and sold to lucky collectors by the General Services Administration. The authors describe the government’s sales of these coins, and their dramatic effects on the hobby.

The book’s forewords were written by Coin World editor-at-large Steve Roach and numismatic historian Q. David Bowers, the “Dean of American Numismatics.” Roach calls Carson City Morgan Dollars “a worthy introduction for the new collector and a necessary volume for the specialist,” and Bowers recommends it as a “combination of American history, numismatic research, market reporting, census data, and collector insight.” 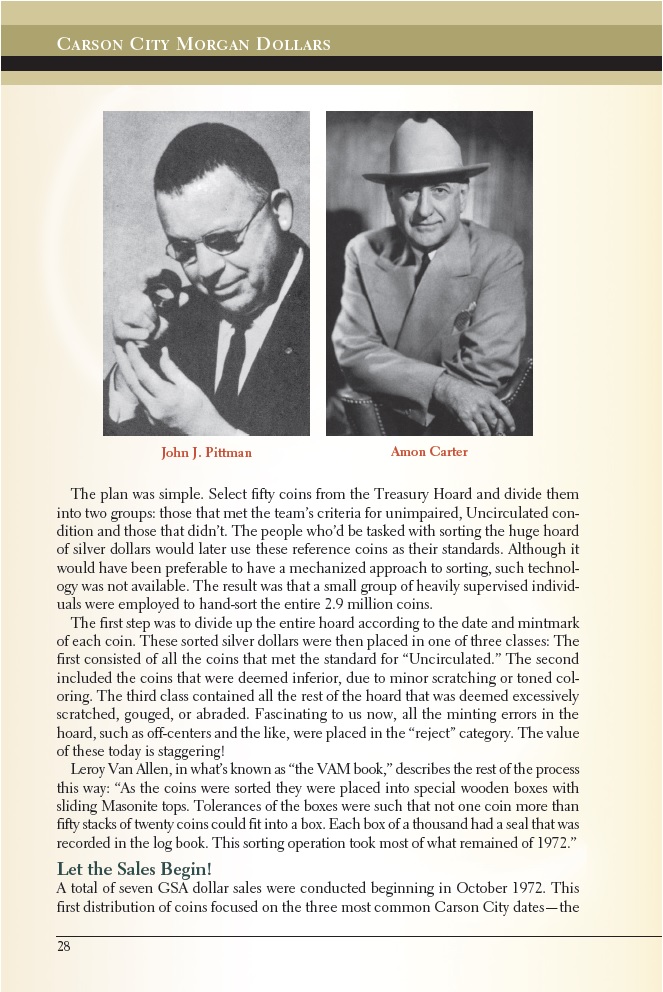 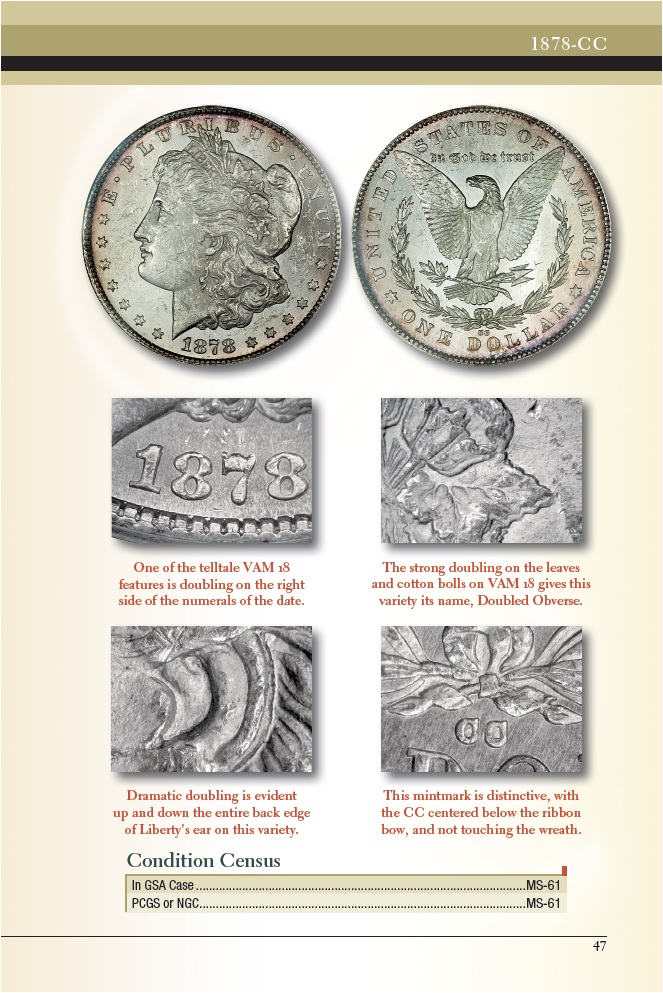 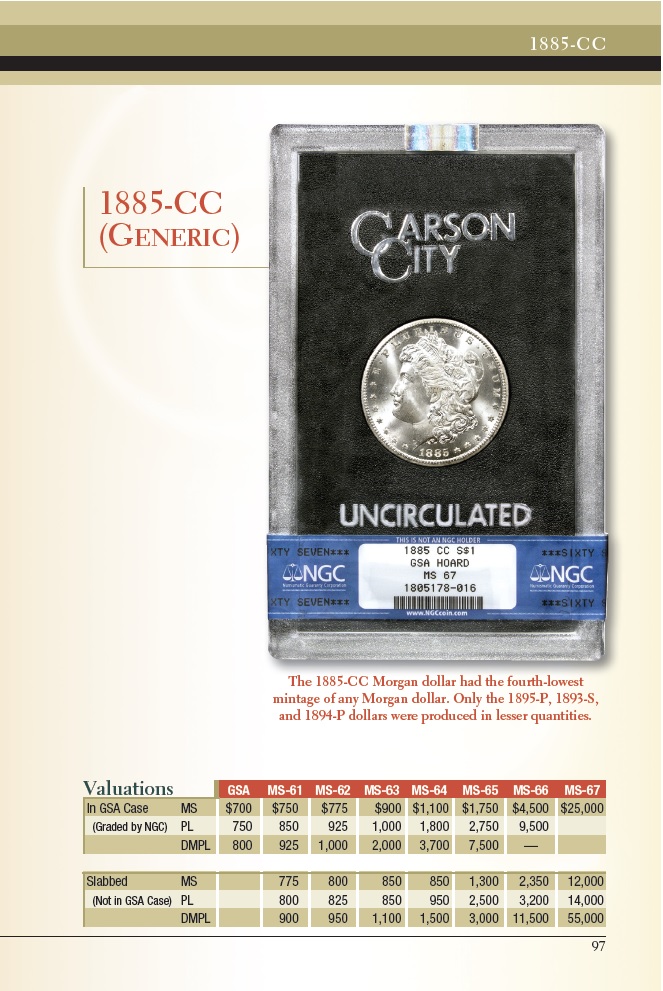 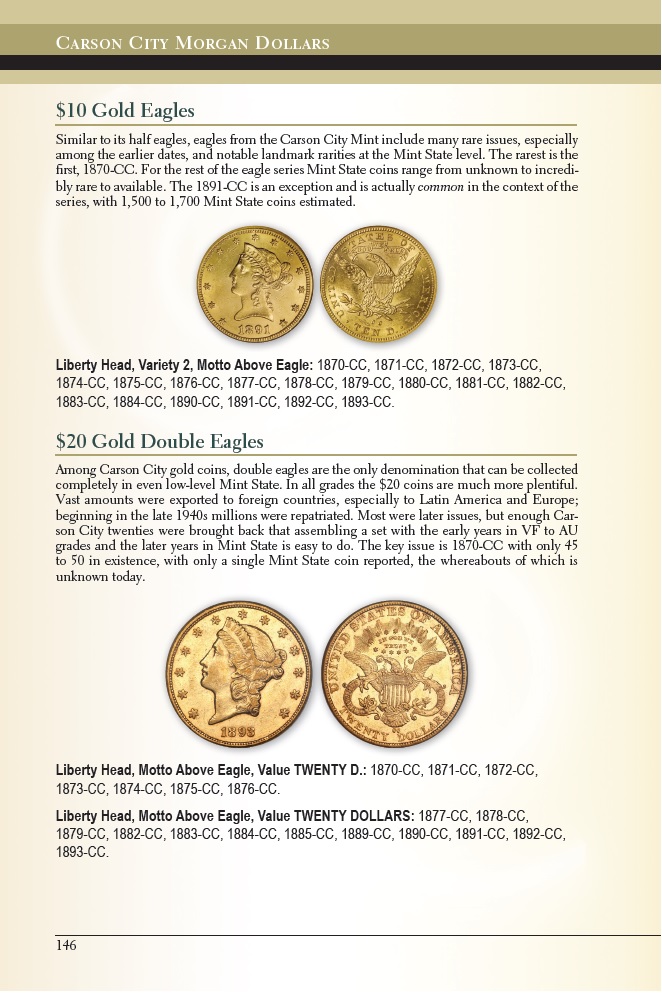 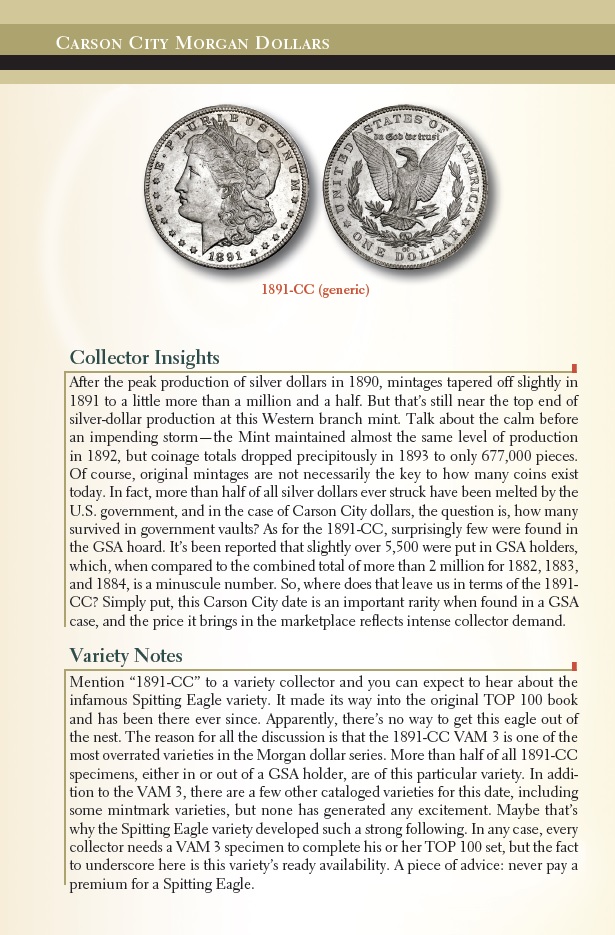