Collectors and dealers line up at the Whitman Expo in Baltimore in hopes of scoring a 2019 Reverse Proof Silver Eagle On Thursday November 14th, the U.S. Mint released 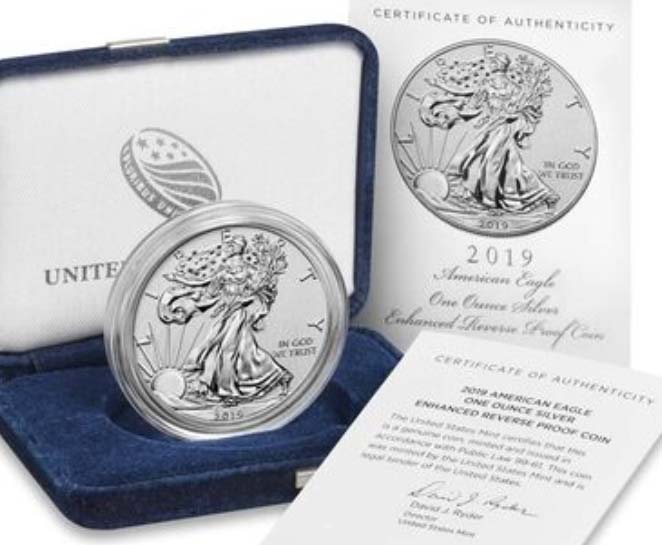 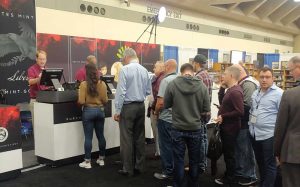 On Thursday November 14th, the U.S. Mint released the first ever Reverse Proof American Silver Eagle with an Enhanced finished both online and in person at the Whitman Baltimore Expo. The release price was $65.95 with a mintage of 30,000 coins and an order limit of one per household. Because of the low mintage and expected demand, numerous large wholesale dealers were offering instant profits to those who were able to acquire one at the show. Reports are the prevailing offer is $250 per coin. The in-person release was calm and well-organized, with buyers queuing up outside of the show floor and being brought in in groups of roughly 25 people at a time. Mint products such as these generate much excitement and speculation, and it will be interesting to see how these coins fare in the secondary market.

I was on line said I had in bag then went to get logged back in because it froze up just to be told it was sold out and no longer available..

I am a member of the US Mint with an account and a Collector of coins.No one even said that they would be selling these coins at the Baltimore Coin Show which would lead us to wonder why nothing was mentioned .I understand that there was only 30,000 coins to be sold but we as members didn't even have a chance.I wonder just how many were sold at the Show..

"the in person release was calm and well organized" - are you blind or just stupid? this was the biggest mess I have ever been part of - total incompetence by the mint and worsened by the inept handling and poor communication by the Whitman staff - I will never partake in anything associated with Whitman again.

It is stunts like this that are nails in the coffin of coin collecting as a hobby. Limiting access to only those lucky enough or with the means to obtain only serves to drive away those with neither. RIP Numismatics.

Once again the mint screws with the backbone of their collectors and only mint a small number. I was on the phone and web site at 12:00 and could not get anything but the busy signal and when I got to the check out finally at 12:15 was told no longer available. I quit buying from the mint three years ago when I told the mint to not limit orders but ensure over a month’s period all orders given be honored. A fair way to ensure we of the lower middle class could get those coins we desired. Once again, a corrupt system very reminiscent of “no term politicians” that take care of themselves first and place our needs last if ever. Another blue collar worker who makes up the back bone of our society and gets kicked down again.

I expect to buy mine online with my account from the US mint. As I usually do . How many were sold at the show?