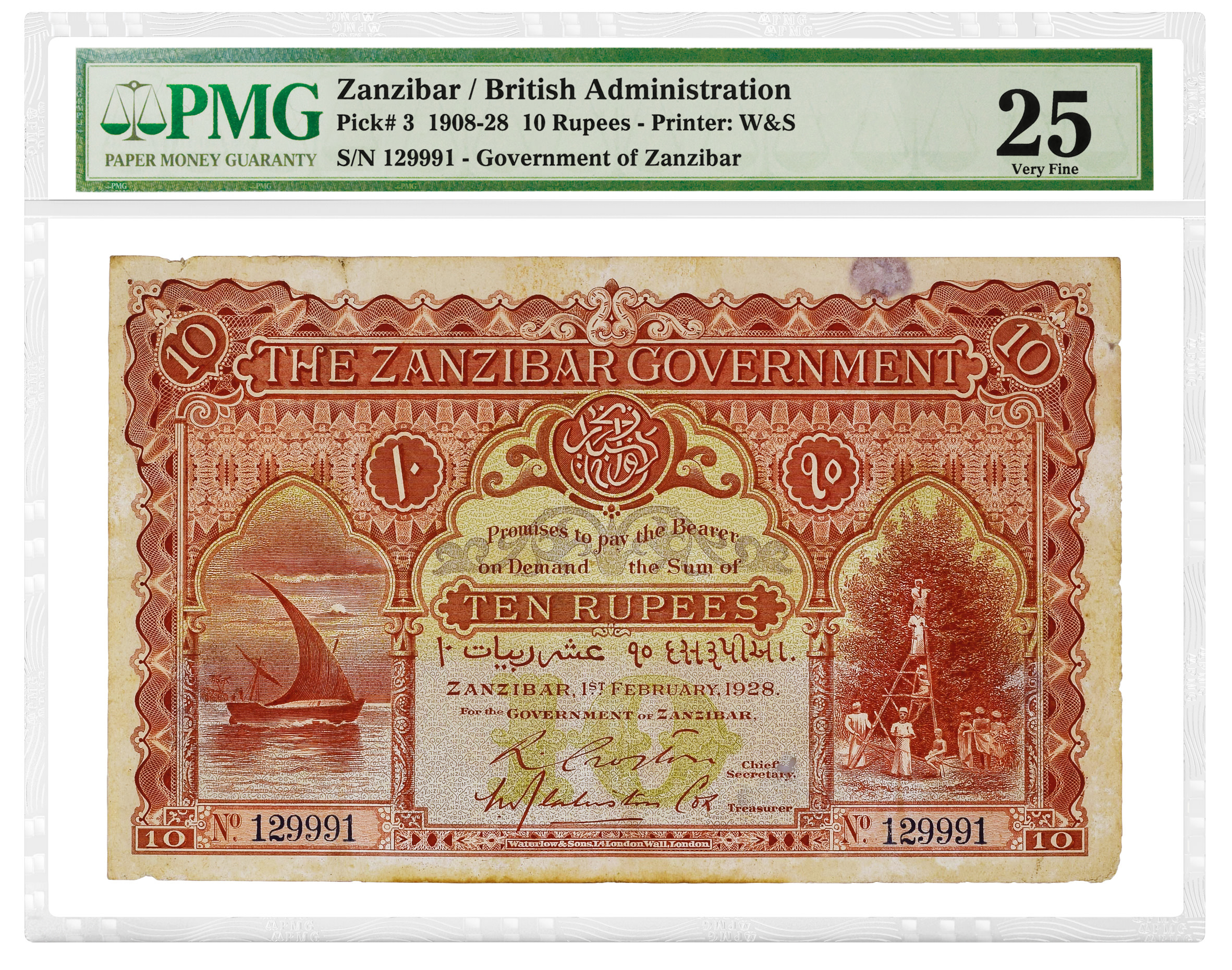 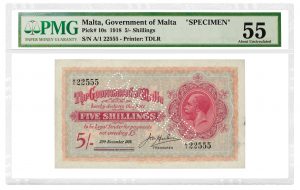 SARASOTA, Fla. (Sept. 18, 2019) –More than 200 banknotes certified by Paper Money Guaranty® (PMG®) are part of the Ibrahim Salem Collection of British Commonwealth Banknotes Part 2 sale being held October 2, 2019, by renowned global auction house Spink & Son Ltd. Most of these notes were certified at a PMG on-site grading event held in Munich over the summer.

The Ibrahim Salem Collection of British Commonwealth Notes is an outstanding collection of rare and important issues from current and former territories of the United Kingdom. For instance, Malta was a British colony for 150 years before it gained its independence in 1964. A rare Malta 1918 5 Shillings Specimen graded PMG 55 About Uncirculated is also featured in the October sale, with an estimate of £20,000-£25,000 ($24,700 to $30,800 USD).

Mr. Salem is a titan of the banknote collecting world, having built a collection of 150,000 notes over more than 40 years. Recently, Mr. Salem opted to focus his collection on Arab and Middle East notes and has been reducing other parts of his collection.

PMG-certified notes from the October auction have been added to an online image gallery for the Salem collection at PMGnotes.com/salem or PMGnotes.uk/salem.

“PMG’s global reputation for expertise and integrity made it the obvious choice to certify notes from a collection that covers nearly 150 years and six continents,” said Spink’s Director of Banknotes, Barnaby Faull. “PMG’s on-site grading events in London and Munich provided an exceptionally fast turnaround time, helping us to bring this collection to auction sooner.”

“We are honored that Spink chose PMG to grade these outstanding notes, and we are pleased that our on-site grading events made the submission much more convenient,” said Steven R. Eichenbaum, CEO of PMG. “Bidders can rest easy knowing these notes were certified by our expert grading team, whose determinations are backed by our comprehensive guarantee of authenticity and grade.”

For more information about Spink and to bid in this and other upcoming auctions, visit spink.com.

Founded in 2005, PMG is the world’s largest and most trusted third-party paper money grading service, with more than 4 million banknotes certified. PMG has established the industry’s highest standards of accuracy, consistency and integrity. Every note that PMG certifies is backed by the comprehensive PMG Guarantee of authenticity and grade, which gives buyers greater confidence. This results in higher prices realized and greater liquidity for PMG-certified notes. To learn more, visit PMGnotes.com