The Unheralded Role of CAC in Reducing Risk

Indisputably, the leading development in markets for scarce U.S. coins over the last fifteen years has been the founding of Certified Acceptance Corporation (CAC) by John Albanese in 2007. The success of CAC is unmistakable, and has dramatically changed markets for U.S. coins. 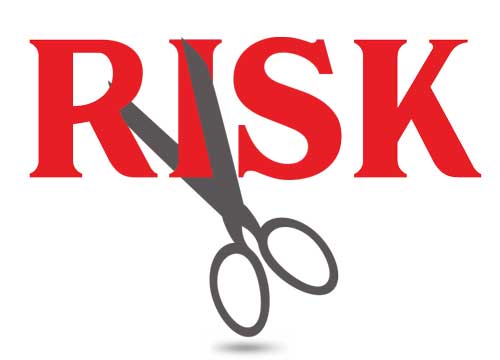 The Unheralded Role of CAC in Reducing Risk

Indisputably, the leading development in markets for scarce U.S. coins over the last fifteen years has been the founding of Certified Acceptance Corporation (CAC) by John Albanese in 2007. The success of CAC is unmistakable, and has dramatically changed markets for U.S. coins.

Much attention has been given to the notion that CAC identifies premium quality coins, which is not exactly true, and to the certain reality that CAC will itself pay very competitive prices for most CAC stickered coins. The concept that CAC substantially reduces risk in the buying of many important coins has not been emphasized to the extent that it should be, as the reduction of risk is central to the role and benefits of CAC.

Before addressing the role of CAC, it makes sense to briefly discuss the service that CAC provides. CAC does not grade raw coins. Experts at CAC consider only coins that have already received numerical grades from PCGS or NGC. If experts at CAC find that the respective coin’s quality is solid for the already certified grade, then the respective coin will receive a green sticker of approval from CAC.

Basically, CAC will approve coins that merit subgrades in the middle or high end of the grade range corresponding to the whole number grade previously assigned by PCGS or NGC. A coin thus does not have to be of ‘premium quality’ to be CAC approved, it may just merit a grade in the middle section of the respective grade range. If Albanese and his team determine that a coin’s quality is in the ‘low end’ or below the ‘low end’ of the range associated with the already certified grade, the coin will not be approved and will be returned to the submitter without a sticker.

It is not widely understood that experts at CAC ignore the plus aspect of plus grades assigned by PCGS or NGC. In other words, if a coin that has been graded “64+” by PCGS or NGC has a CAC sticker, the same coin would have received a sticker had it been graded “64” without a plus. Experts at CAC are not publicly expressing an opinion as to whether any coins should receive “plus” grades. They are limiting CAC certification to whole number grades and ignoring plusses assigned by PCGS or NGC.

On occasion, CAC will place a gold sticker on a PCGS or NGC holder. The gold CAC sticker indicates that CAC experts find that the coin is definitely undergraded, in accordance with CAC criteria, merits a grade that is at least in the middle of the range corresponding to the next grade increment. There is no guarantee, however, that a coin with a CAC gold sticker will be upgraded if submitted later to PCGS or NGC.

Is CAC always right? Should coins that fail at CAC be shunned? No, CAC is imperfect and opinions vary. In any field, experts will disagree about items. Besides, many coins that have not passed at CAC are logically sound values in the context of current market levels. It is a good idea to consult an expert before a collector spends an amount that he or she regards as ‘a lot of money.’

This discussion is not an advertisement for CAC. There are CAC approved coins that I find to be problematic. I am communicating the fact that CAC approval substantially reduces risks associated with evaluating coins, on average! Collectors should not dwell upon risk, as life is risky. Driving a car involves a great deal of risk. Yet, millions of people drive almost every single day. Eating fried foods, lifting very heavy objects at home, swimming in an ocean, riding on a small boat in deep water, skiing, traveling in the Middle East, and walking around a big city late at night, are all dangerous activities. Coin collecting is one of the safer pursuits around.

It is tiresome to hear collectors from Europe and U.S. citizens interested in European coins say that they buy uncertified coins because PCGS and NGC are not perfectly consistent. These naysayers are missing the point that a grading service is providing an opinion other than a seller’s opinion in regard to a coin. Would it make more sense for a prospective buyer to just listen to the seller of a coin and not consider other opinions?

The words ‘extremely likely’ are noteworthy, as there is no rule that is always applicable. Every once in a while, an excellent, never certified pre-1934 coin will emerge that is very valuable. Clearly, however, buying expensive uncertified U.S. coins involves much risk.

A coin that passes at PCGS or NGC and then at CAC has passed in the eyes of multiple graders. While CAC contracts with additional graders to make determinations, John Albanese is the sole finalizer at CAC, and he views every single coin that is submitted to CAC.

Of course, there are philosophical and technical differences of opinion among experts. For example, some experts maintain that coins should be penalized if they obviously have been dipped in an acidic solution, while others regard such dipping as not being harmful.

It is not suggested that all experts will agree with CAC all the time, or that every serious collector will be comfortable with every coin that has a CAC sticker. To understand CAC, it is necessary to think about averages. A sports analyst could practically make a documentary comprised of films of Peyton Manning throwing interceptions, of Ted Williams striking out, or of Serena Williams double-faulting. Such a video project would be misleading. It is essential to reflect upon accuracy and performance overall, without obsessing about particular negative events. A business analyst perhaps could compile a list of Microsoft products that failed or money-losing investments by Warren Buffet. Such lists would be misleading. It would likewise be misleading to make a list of CAC approved coins that are not so great. It makes sense to think beyond a small number of coins.

The grand scheme of collectibles and tangible assets is fascinating. Many multi-million dollar paintings have been extensively modified years after they were originally created. Rare vintage cars, even those that sell for six-figure sums, often have some relatively new parts.

Authenticating autographs is incredibly difficult. Many famous people had secretaries, assistants or business associates sign their respective names. Expert forgers may find paper or other materials from particular periods of history in order to add fake signatures in the present.

Particularly during the 1990s, there were notable controversies surrounding the authenticity of many sports items that sold for five-figure or even six-figure sums. The restoration of antique furniture raises a host of issues, yet chairs, desks and tables have been auctioned for millions. In June 1989, an American 18th century desk was auctioned in New York for $12.1 million.

Most realms of collectibles and art are not characterized by third party encapsulation. While independent certification services play important roles in markets for sports memorabilia, stamps, unattached diamonds, and comic books, there is not a service quite like CAC outside of the realm of coins.

A few really famous works of art have each garnered nine figure prices, yes $100 million or more! The sale of a painting for $25 million is no longer unusual.

Although there remain thousands of serious collectors of scarce, classic U.S. coins, market levels for coins have fallen relatively lower than market levels in many other areas. Almost all potential coin collectors, including enthusiasts in other fields, are unaware of the extent to which certification of coins, especially CAC approval, reduces risks. The benefits and meaning of CAC have yet to be truly understood by a large number of collectors.