It is surprisingly possible to complete a general set of these early colonial issues, and quite likely that you will find the endeavor richly rewarding and lead to a deeper understanding of history and numismatics while you are at it. 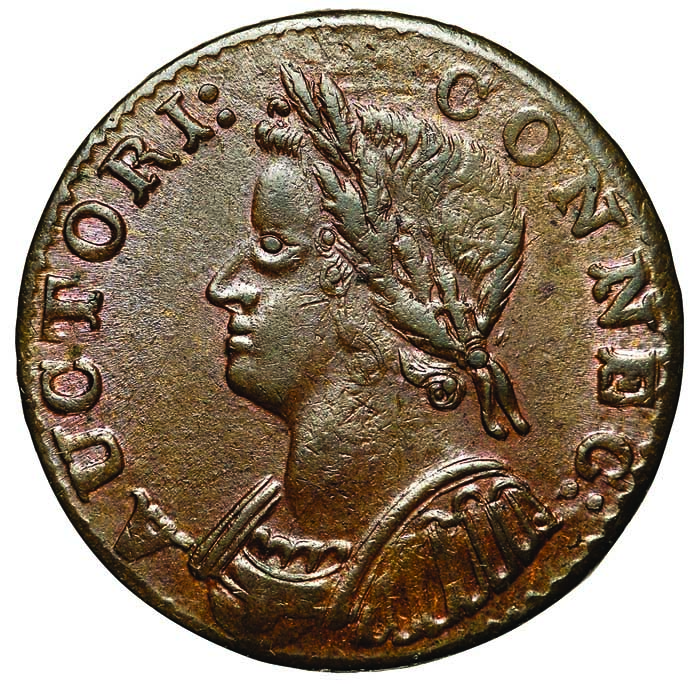 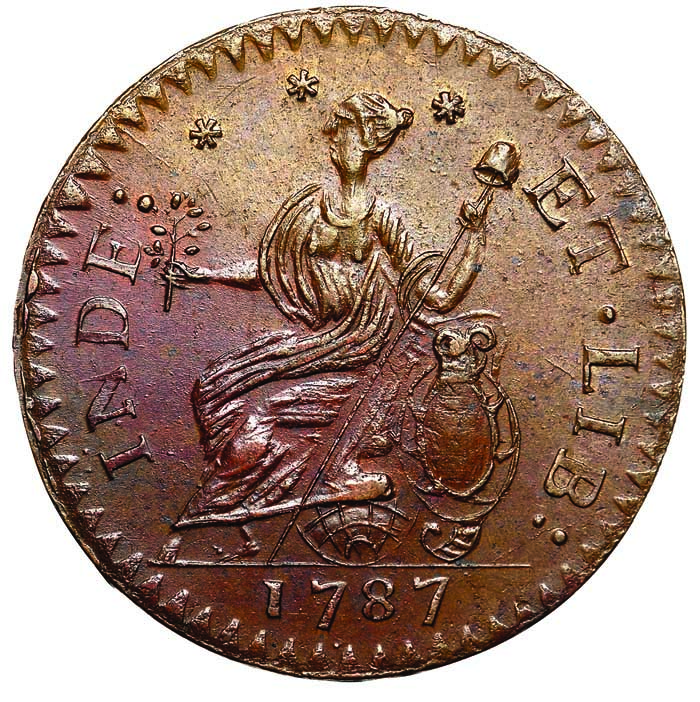 In 1785, the State of Connecticut authorized a private firm to mint copper coins for circulation, and these date from 1785 to 1788. The theme here is that it is not very difficult to assemble a complete general set in a reasonable amount of time without spending a lot of money.

Here in part 1, the background and meaning of Connecticut Coppers are discussed. In part 2, it is shown that a general set, effectively by date and subtype, of Connecticut Coppers is very interesting and not difficult to build. In part 3, a guide is provided regarding the costs and availability of the coins in the set. There is no need to think about the more than three hundred die varieties as just twelve coins are required for a general set.

Before collecting Connecticut Coppers, it makes sense to think about why they were minted and how much they were worth during their own time. Why did the State of Connecticut authorize the minting of coins?

Before the U.S. Constitution was adopted, the highest laws in the United States were the Articles of Confederation, which authorized individual states to mint their own coins. Moreover, the Articles of Confederation made it very difficult for a national coinage to be viable. Later, the U.S. Constitution allowed for a national mint to be established by passing a law; a special procedure was not required.

Interestingly, the U.S. Constitution prohibited individual states from minting their own coins, which is why there are no State Coppers dated after 1788, though some were likely to have been backdated and minted after 1788. In December 1787, Delaware became the first State to ratify the U.S. Constitution. In May 1790, Rhode Island was the last of the original thirteen states to approve.

In the 18th century, the mix of coins used in North America, and their accepted values, evolved over time. Colonial regulations before 1776 and State laws between 1776 and 1789 related mostly to defining vocabulary terms for monetary units or paper monetary instruments and setting measures rather than controlling the use of coins.

Although the American Revolutionary War brought about an independent nation of States that were formerly colonies of Great Britain, the prevailing monetary system in practice was that of the Spanish Empire. For centuries, Mexico, Central America, and most of South America were parts of the Spanish Empire. Vast quantities of gold and silver were mined in the Americas. Spain established several mints in the ‘New World,’ beginning in Mexico during the 1530s. 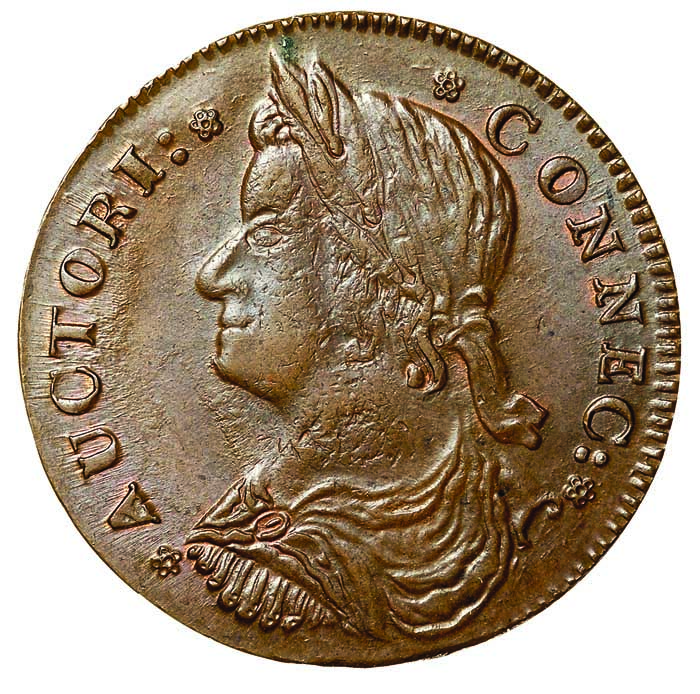 British colonies before 1776 and individual U.S. States during the 1780s employed English monetary terms especially shilling and pound in their respective laws and edicts relating to legal tender and currency; these British terms were used to refer to specific quantities of Spanish silver coins. Illogically, a “pound” in one colony or state often amounted to a different number of Spanish Milled Dollars than a “pound” in another colony or state.

The truth was that there were very few British silver or gold coins in circulation in North America during the 18th century, and that the values of the coins that did circulate were determined by market forces, not by laws, which really related to accounting conventions and taxes. The coins of the Spanish Empire were the dominant media of exchange in North America.

Few U.S. quarters were minted from 1796 to 1817 because Two Reales (“Two Bits”) coins of the Spanish Empire circulated widely before and after the Declaration of Independence in 1776. Even as late as the 1830s, a majority of the silver coins in circulation in the United States were of these leftover denominations from the Spanish Empire or similar coins from newly independent Spanish speaking societies in the Americas.

The smallest Spanish silver coin was the Quarter-Real, one-thirty-second of a Spanish Milled Dollar, or 3.125 cents in U.S. terms. Although Quarter-Real coins were first minted in Mexico in the 1500s, Quarter-Real coins were rarely seen during the 1780s. Practically, the smallest silver denomination that circulated widely in the U.S. during the 18th century was the Half-Real, which equaled one-sixteenth of a dollar, 6.25 hundredths of one Spanish Milled Dollar.

For many transactions, coins with a face value below 1/16 of a dollar (6.25 cents) were required. Throughout the eighteenth century, British copper coins constituted the standard for such small denominations. There were British halfpennies (or halfpence) and pennies, which should not be confused with the U.S. one cent coins that were first minted in 1793. 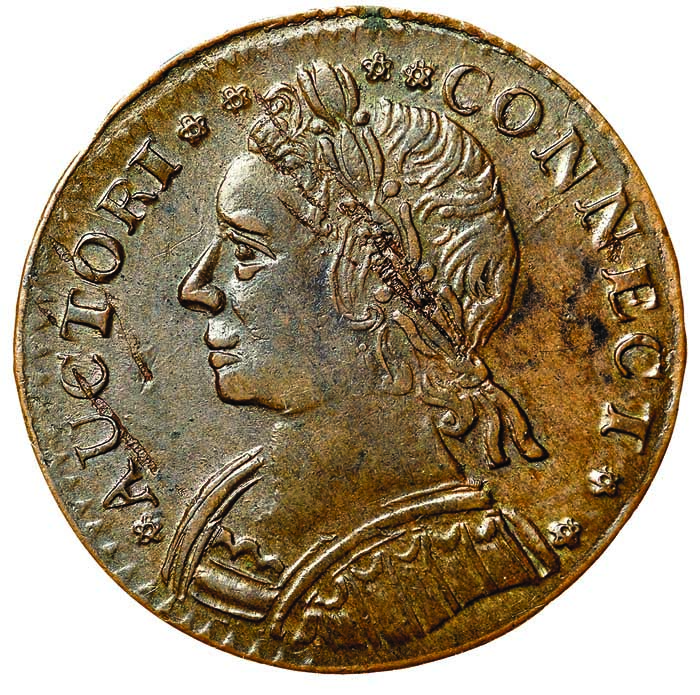 A British halfpenny is much different from a U.S. half cent, which was not factor before the 1790s. British silver coins rarely circulated in North America during the 18th century, and the use of the term “shilling” in North America often had nothing to do with true British Shillings. It was used for accounting and political purposes.

Logically, Coppers were or should have been always valued in terms of their current exchange rate into silver. In reality, consumers and merchants did the best they could while negotiating payments for small transactions or making small change. In the 18th century, people could not check current exchange rates with smartphones.

People learned from experience and used their instincts to negotiate. Despite misleading colonial and state laws along with government decrees that purportedly set valuations, the number of Coppers that equaled a Spanish Milled Dollar varied, according to market conditions.

A Copper was a coin, imitation, counterfeit or token that was accepted, more or less, as being worth a British halfpenny. The leading mint in Great Britain was the Tower Mint in London, at the same location as the famous political prison. From the 1670s to the 1770s, large quantities of halfpennies were minted in England, though not consistently.

For a long time, Tower halfpennies of Great Britain were specified to weigh 152.17 grains, which equals 9.861 grams. In reality, the weight of an uncirculated British halfpenny varied considerably. In the 18th century, little attention was paid to the precise weights of copper coins; most people did care, however, about the precise weights of silver and gold coins.

While Connecticut Coppers were required by contract to weigh 144 grains each, most of them weighed much less. In North America in the 18th century, consumers and merchants were so desperate for small change that they gladly accepted Connecticut Coppers, other State Coppers and imitations of British halfpennies that were substantially underweight.

The original petition by four investors to establish a private mint in Connecticut, “for the purpose of coining Coppers of good metal of the standard & weight of British halfpence commonly called Coppers,” was dated October 18, 1785, according to Sylvester Crosby in his book, “The Early Coins of America,” which was published in 1875. This petition promised to pay the Treasurer of the State of Connecticut a royalty of five percent of the Coppers minted. This petition became the basis for a law passed by the Connecticut legislature.

Over time, the four original investors sold some or all of their respective shares to additional partners, including an experienced coiner, Abel Buell, and an aggressive manager, James Jarvis, who also secured a contract with the federal government, through the Continental Congress, to mint Fugio Coppers. (Please Google my article about Fugio Coppers.)

Collectors should probably not spend much time focusing on the circumstances under which specific varieties were struck. A sensible approach is to build a general set and then decide whether it would be enjoyable to learn much more about the varieties.

Although there are many variations regarding the head on the obverse, the key design distinction is between those busts where the king is wearing an elaborate military top including protective gear and those busts that are notably less rigid with a flowing Roman style garment blended with military insignia. The head and shoulders with the elaborate top is referred to as a Mailed Bust, as it is reminiscent of archaic flexible protective covering. The head and shoulders with a loose fitting garment about military insignia is referred to as a Draped Bust design. As an aside, I note that, in 1917, the design of Standing Liberty Quarters was changed so that Miss Liberty’s open chest was replaced with a mailed chest, female forms covered with armor.

The reverse of each Connecticut Copper features Britannia. Indisputably, this female figure is a copy of Britannia on true British halfpennies of George II and George III.

The Latin term “AUCTORI CONNEC,” appears on the obverse. This phrase is typically translated as ‘By Authority of the State of Connecticut.’

The legend on the reverse is curious. It seems to appear in different orders on different Connecticut Coppers, LIB ET INDE or INDE ET LIB. A period appears in some varieties. “LIB” and “INDE” are obviously abbreviations. These relate to the English words ‘liberty’ and ‘independence.’ There is a similar word in Latin, ‘libertatem,’ which really means freedom as opposed to slavery rather than the concept of liberty employed by the founding fathers of the United States. “INDE,” however, was probably not an abbreviation for a Latin word, as there is no similarly spelled equivalent in Latin for independence in English.

In both Latin and French, the word ‘et’ is equivalent to the English word ‘and.’ The English words liberty and independence are almost the same in French. Therefore, French terms surround Britannia on Connecticut Coppers, which is amusing as Britain and France were fierce competitors for centuries. The government of France provided a great deal of assistance to the American Revolutionaries in the war against Britain for independence.

The female concept of Britannia was patterned after depictions of the goddess Athena on some Ancient Greek coins. She was later known to the Romans as Minerva. Representations of her on ancient coins were the antecedents to the Liberty Seated concept on many U.S. coins during the 19th century.

“Britannia first appeared on coins during Ancient Roman times. In the second century AD Emperor Hadrian introduced a number of coins that depicted a female figure who personified Britain, with the label BRITANNIA,” according the web site of the Royal Mint of the United Kingdom. Britannia later symbolized the empire that developed under the reign of Queen Elizabeth I (1558-1603), and has been an important part of British culture ever since.

As the U.S. declared independence in 1776 and finalized a peace treaty with Great Britain in 1783, why would coins with so much British symbolism and several non-English words be minted in Connecticut? The reasons related to economics and the severe shortage of coins of denominations below 1/16 of a Spanish Milled Dollar. People were accustomed to imitations of British halfpennies, counterfeits of British halfpennies and tokens similar in dimensions to British halfpennies. There was a need to put political considerations aside and to produce coins that would play an efficient role in the economy.