Part I will comprise rarities from Canada, with additional items from other countries such as Portuguese India, Nicaragua, Egypt, and India.

The MIF organisation is very pleased to announce that our main sponsor Stack's & Bowers will be offering Part I of the Paradise Collection during the MIF Paper Money Fair show in September (23-24-25th) at the MECC Congress Center! Lot viewing for this auction will be held on September 23-24. Part I will comprise mostly rarities from Canada, with additional items from other countries such as Portuguese India, Nicaragua, Egypt, and India.

From the Canadian section, the highlight is a DC-19 1911 Dominion of Canada 500 Dollars in PMG Choice Fine 15, conservatively estimated at $300,000 and up. The other star of the section is a BC-17 1935 Bank of Canada 500 Dollars in PMG Very Fine 20, which has a binary-radar-rotator serial number. This note has an estimate of $100,000 and up. A number of rare chartered banknotes are also included, with a nice mixture of issued and specimen notes offered.

From the Portuguese India section, highlights are examples of P-29s and 30s. The elephant notes are some of the most desirable from Portuguese India, and these high denomination 50 and 100 Rupias seldom trade hands or cross the auction block. Both P-29s and P-30s are in Choice Uncirculated 63 grades.

From Nicaragua, a neat piece of scrip and military history is found in a P-S132 note that was issued by William Walker during his failed attempt to colonize Nicaragua in 1856-57. The offered piece is in a PMG Very Fine 30 grade, and is the only example listed on the third-party grading service’s population report.

Part II of the Paradise Collection will be presented by Stack's & Bowers at the upcoming Fall Hong Kong sale, so be sure to keep an eye out at their future blogs that will feature this material. Given the current market, and the near unobtainability of some of these notes, we are expecting another record sale for World paper money.

Many very rare banknotes will be offered by Stacks Bowers for the MIF Maastricht auction.

So, welcome to the MIF Paper Money Fair (23)-24-25 September in MECC Maastricht! 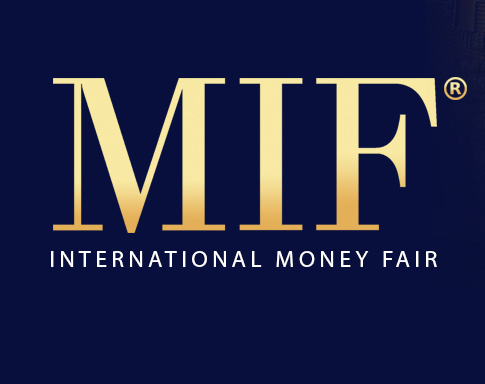 With exhibitors from all over the world and a floor area of 2000 m2 MIF will be one of the largest events for dealers, investors and collector in Paper Money, Bonds&Shares and coins.

MIF Paper Money Fair is organized by MIF EVENTS, in co-operation with the Polfermolen in Valkenburg (The Netherlands), which will be the location for the MIF 2022.

The show is announced as a Paper Money show. That means Paper Money will be offered primarily, but it is permitted to offer other numismatic products as well.

During the MIF Paper Money Fair 2022 there will be a room auction held by Stacks Bowers from the United States. The auction will take place at the Polfermolen in Valkenburg at the exhibitor floor ground in room P.

MIF Paper Money Fair 2022 will take place in the Polfermolen in Valkenburg on Saturday April 23rd and Sunday April 24th. (free entrance for visitors on these days)