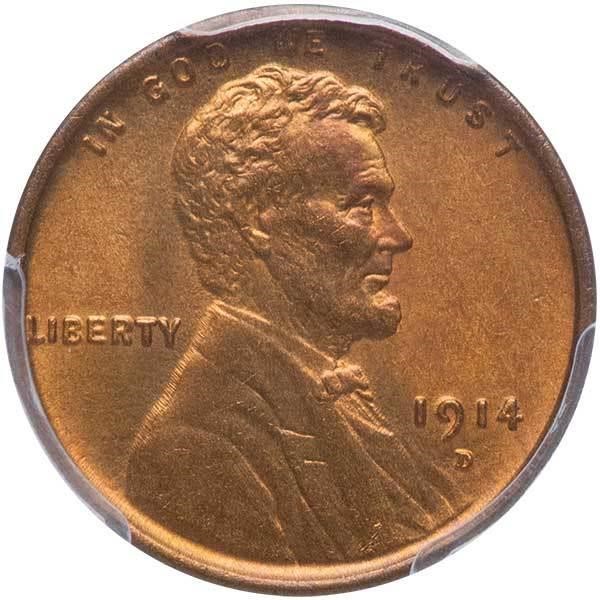 The 1914-D Lincoln cent is one of the most significant 20th-century coins, serving as a major key coin for Lincoln cent series. The issue?s mintage of 1,193,000 pieces isn?t particularly low in the absolute sense, but among Lincoln cents it is one of the lowest production figures for the regular-issue pieces. Perhaps making this piece all the rarer is that it wasn?t necessarily saved in big numbers off the bat, making it a true conditional rarity in better uncirculated grades.

While the 1914-D Lincoln cent is more common than 1909-S VDB cent, both in terms of mintage and number of survivors, it seems to be encountered with less frequency at coin shows. This is especially the case for uncirculated specimens, which are much rarer across the board than the 1909-S VDB cent in MS grades. Unless skilled in detecting diagnostics for genuine specimens, beware buying raw specimens as many counterfeits exist.
Show catalog details.