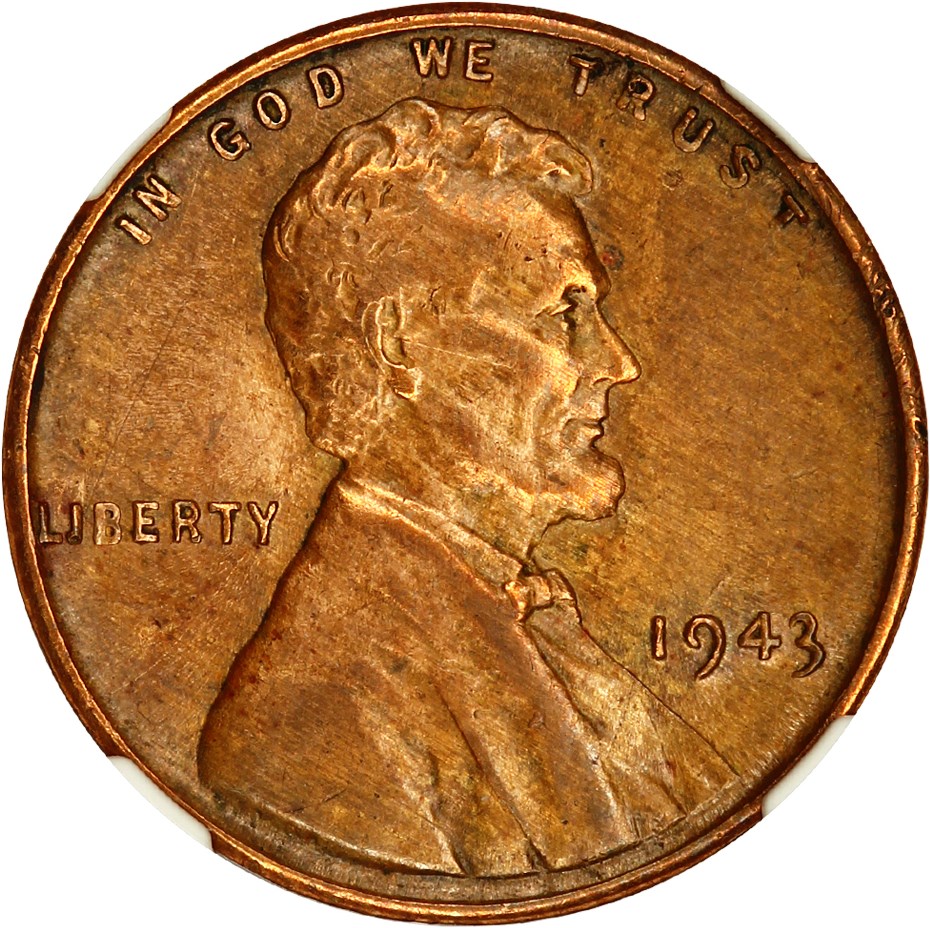 Pricing Data not available for this item.


Request Pricing
Did we get something wrong? We want to hear from you.
Send Price Feedback

Few transitional errors compare in rarity, popularity, or value to the 1943 bronze cent. Presumed to have been made accidentally after some bronze planchets from the 1942 production run were left behind in press hoppers and ended up being struck by the 1943 dies. Perhaps one to two dozen 1943 bronze cents exist, and they are highly sought after by coin collectors.

Recent prices realized for 1943 bronze cents generally eclipse the six-figure threshold, with the record to date being $329,000 paid in 2014 for a PCGS AU55 specimen. Other examples regularly take north of $100,000. While 1943 bronze cents are pursued by coin enthusiasts, they are also popular among error and variety specialists.
Show catalog details.