The 20 cent coin, also known as a "double dime" by some numismatists, was produced from 1875 through 1878 and was designed by William Barber. The coin proved unpopular and became one of the shortest-lived of all coin series, but for type enthusiasts the 20 cent coin offers a host of numismatic and financial challenges.

The indisputable series key is the 1876-CC, which had a mintage of only 10,000 -- most of which were melted. Today the 1876-CC 20 cent coin less than 20 survivors in all grades, according to Professional Coin Grading Service (PCGS). In large part due to the scarcity of the 1876-CC, relatively few collectors ever even attempt -- let alone complete -- a date-and-mintmark collection of twenty cent pieces.

Indeed, much of the sales activity for this denomination is from type collectors who pursue perhaps just one specimen for their collections. Most commonly the issue many collectors purchase is the 1875-S, which is the most common example and is relatively affordable throughout most of the circulated grades and available in the MS grades. The other issues in this series are much scarcer than the 1875-S and are much more challenging even in the lower circulated grades. 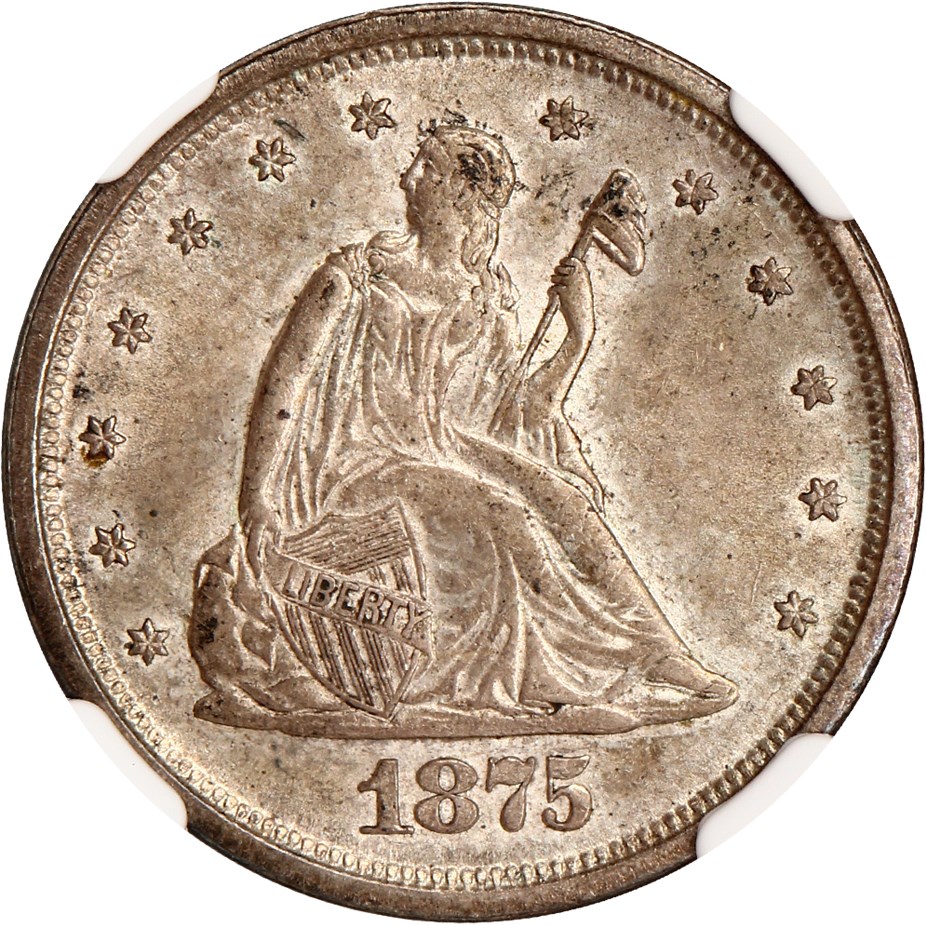