While not necessarily a proof, the earliest known example of a numismatic-strike Bust half dollar is the 1796 special strike, which has just known one survivor but carries with it fully proof-like surfaces and outstanding strike. Another special strike is known from 1807 with resplendent strike and nearly proof-like fields. However, the first proper proofs among the Bust half dollar series occurs in 1818, with proof specimens accounted in United States Mint records for every year thereafter through the duration of the series in 1839. Mintages for each of these pieces run between 5 and 15 per issue, though often just 1 to 3 are accounted for. 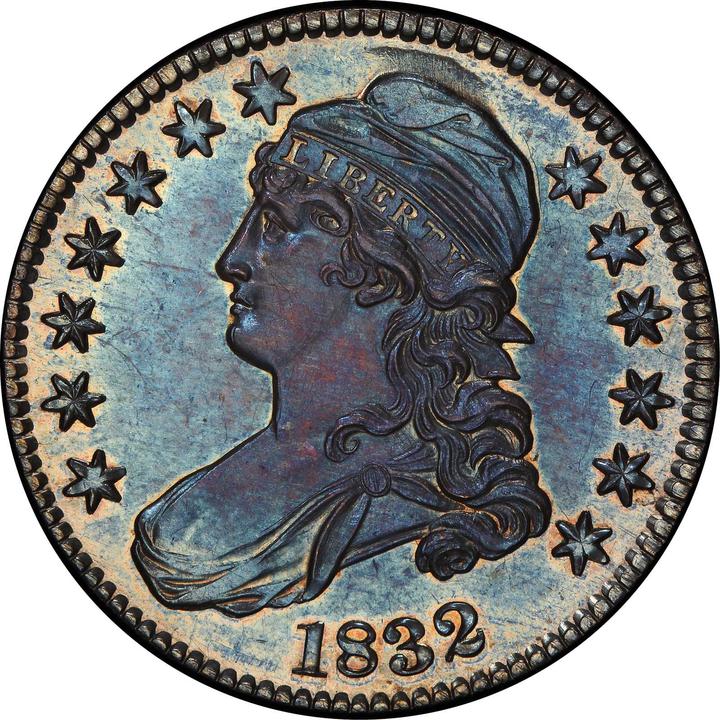