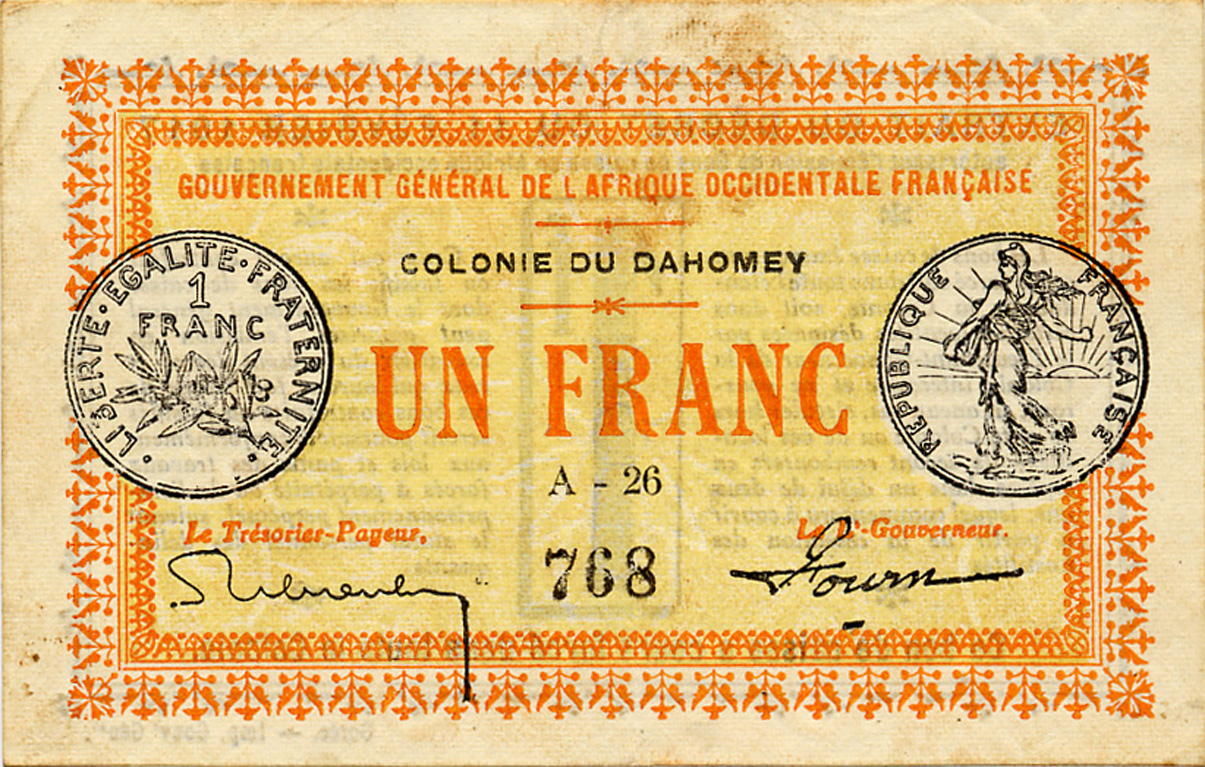 The colony of Dahomey was established by France in 1894, following the victory of the latter in the Franco-Dahomean War which lasted from 1892 until January 1894. The colony included the territory of the Kingdom of Dahomey and Porto-Novo (under French rule from 1883), as well as an area to the north under loose tribal control. In 1895 France established Afrique Occidentale Française (French: French West Africa), a federation of eight territories: Côte d’Ivoire (Ivory Coast), Dahomey (now Benin), French Guinea, French Sudan (now Mali), Mauritania, Niger, Senegal, and Upper Volta (now Burkina Faso).