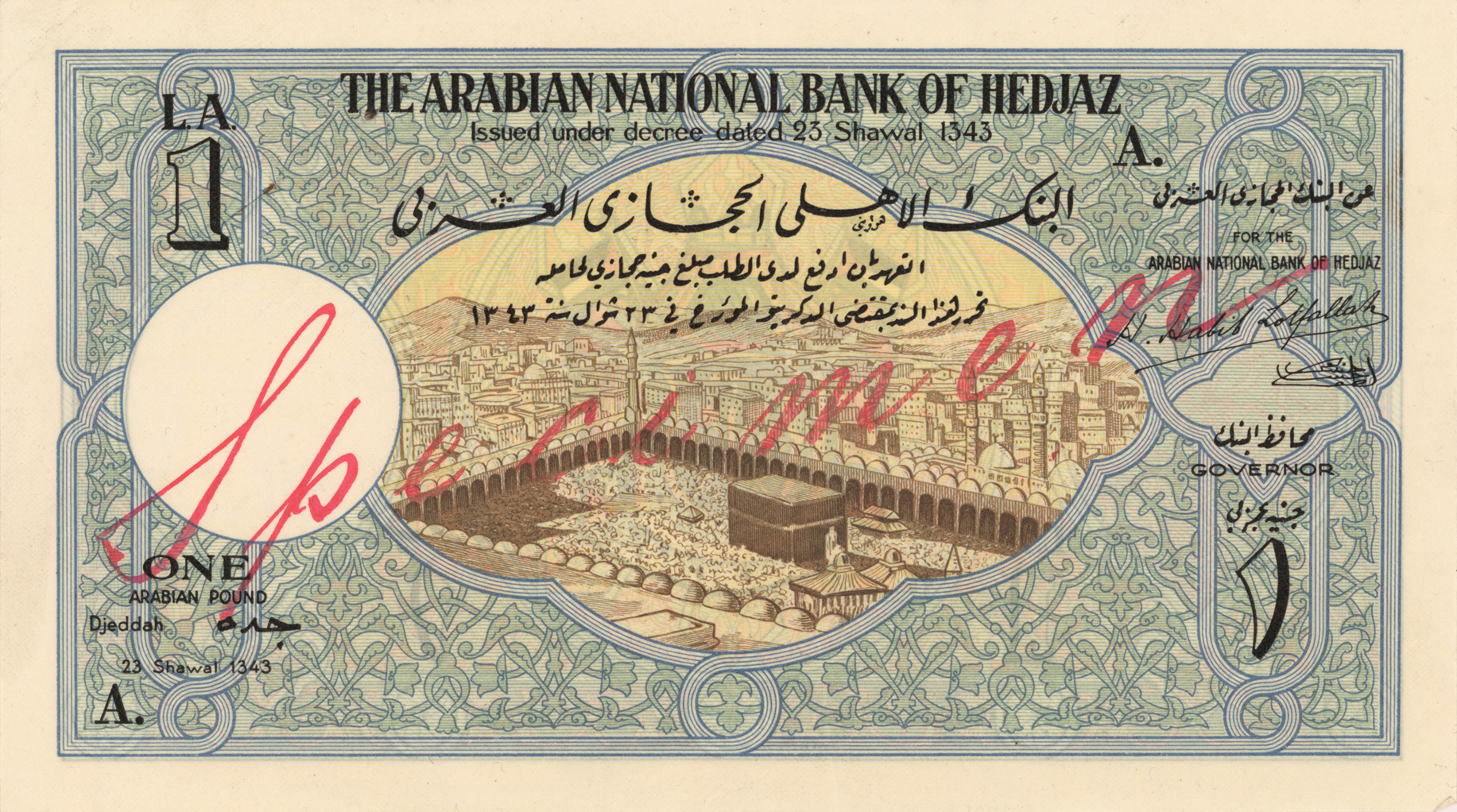 Prior to Sharif Hussein ibn Ali’s January 1920 declaration that the Indian rupee was the only legal tender in the Hedjaz, British, Egyptian, Indian, and Ottoman coins and notes circulated informally. In September 1923, Hussein introduced his own coins, from a 1/8-piastre coin in bronze to a 1-dinar coin in gold, intended to replace Turkish coins. The Hedjaz coins weren’t well received due to their questionable precious metal content and short supply. On 23 Shawwal 1343 (7 May 1925) Ali bin Hussein and his advisors signed a decree granting an exclusive 101-year right to form a bank and issue notes under the stated name of La Banque Nationale du Hedjaz et d’Arabie (The National Bank of Hedjaz and Arabia), which was to be headquartered in Jeddah, Hedjaz, with an initial capital of 200,000 Egyptian pounds. The new bank was to be run by H. Habib Lotfallah, an Egyptian diplomat from a prominent Middle Eastern family. Lotfallah’s lofty ambitions of establishing an issuing bank serving many Arab countries, including the Hedjaz, are obvious when one considers the subtle change to the institution’s name as it appears on notes and checks: The Arabian National Bank of Hedjaz (ANBH).