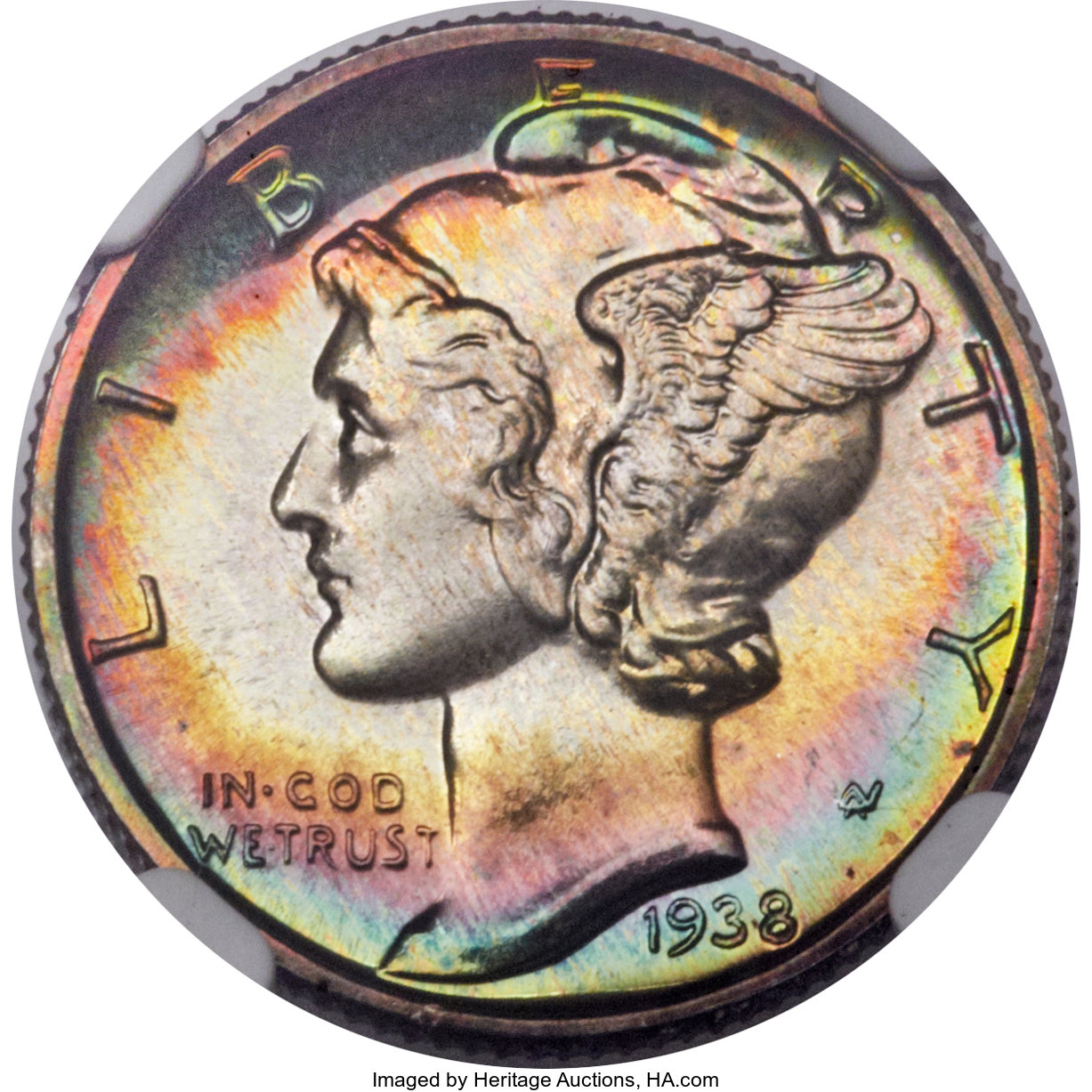 How much are my Mercury Dimes (Proof) worth?

Proof Mercury dimes were struck from 1936 through 1942, a rather short period of years that most astute series enthusiasts will see without the blink of an eye was but a fraction of this long-running series? overall production timeframe. What explains the truncated period of proof Mercury dime production? The Mercury dime series began in 1916, a time when the United States Mint was phasing out the routine production of proof coins, which appeared with regularity beginning during the mid 19th century.

The United States Mint proof coin program would not begin again in earnest until 1936, a year that many in the hobby note as the beginning of the modern proof coin era. Production of proof Mercury dimes grew essentially year over year; only a few thousand examples were struck in each 1936 and 1937, though by the early 1940s each proof issue saw more than 10,000 examples being made. All proof Mercury dimes were struck with a brilliant finish, unlike the Lincoln cent and Buffalo nickel, which during the first part of 1936 were made with matte finishes more closely resembling the appearance of nice business-strike examples.

None of the proof Mercury dime issues can really be considered rare in the categorical realm, though certainly high-end specimens are rare in the truest sense of the word. Most proof Mercury dimes are encountered in the PR64-PR67 range. A relative handful are found in PR68 and a few even in PR69, whereas impaired, cloudy, or marked pieces tend to fall into the PR60-PR63 arena. Very few proof Mercury dimes exhibit any real cameo effect, though there is a handful of examples that do. These sell for huge premiums over the regular proofs with reflective, mirror-like devices and inscriptions. 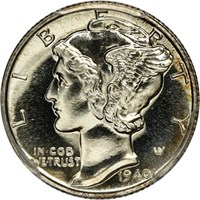 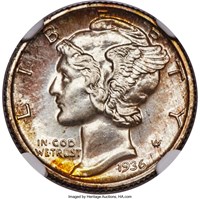 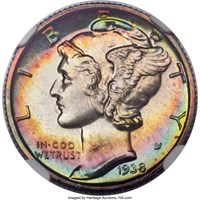 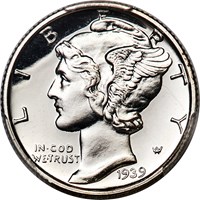 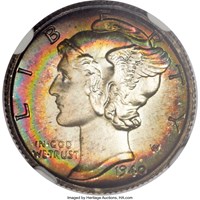 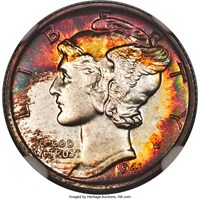 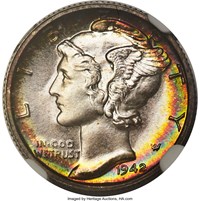 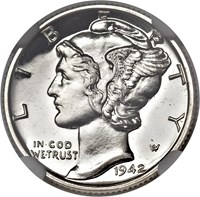