How much are my Classic Head Large Cents worth?

The very first federal coin ever struck by the United States Mint for mass circulation was the 1793 AMERI Chain large cent. While most estimates suggest there are fewer than 200 surviving examples of the nation's first large cent, many issues of the heftier predecessor to today's small-size one-cent coin are much more common. The large cent, measuring between 27 and 29 millimeters in diameter (depending on the type), are roughly the size of a modern half dollar. The entire mintage of large cents originated from the Philadelphia Mint, and thus no large cent carries a mintmark.

There are several types of large cents, including:

Furthermore, early American copper specialists catalog several subtypes within each of the major types listed above, and recognize dozens of varieties among many of those types. United States large cents collectively represent one of the most complex areas of American numismatics, spawning what became one of the most iconic coin books of all time: Penny Whimsy, a book by Dr. William Herbert Sheldon that was originally published in 1938 under the title A Revision of Early American Cents, 1793-1814: An Exercise in Descriptive Classification with Tables of Rarity and Value. Sheldon's book spawned the numerical coin grading system utilized by virtually all dealers and collectors in the United States since the mid-20th century. 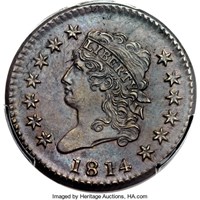 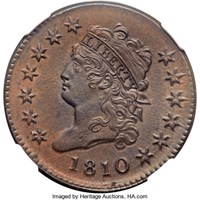 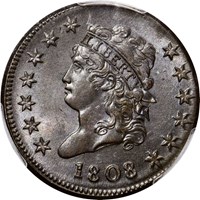 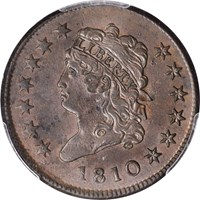 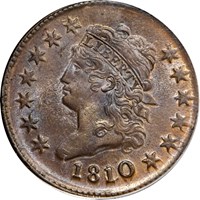 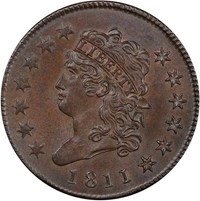 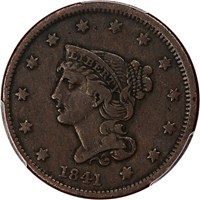 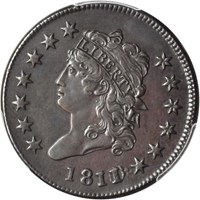 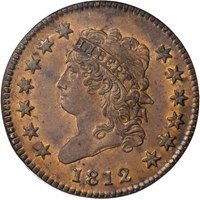 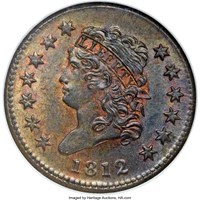 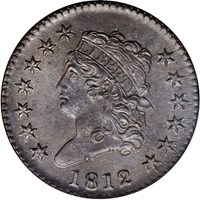 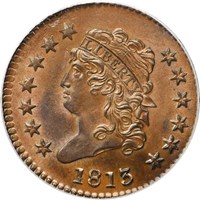 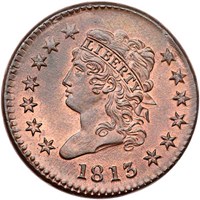 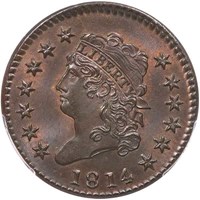 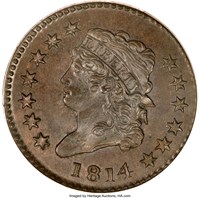