By Joshua McMorrow-Hernandez, Editor An 1804 Draped Bust dollar – known as “The King of American Coins” – will sit atop the throne on June 14 at the upcoming Heritage A 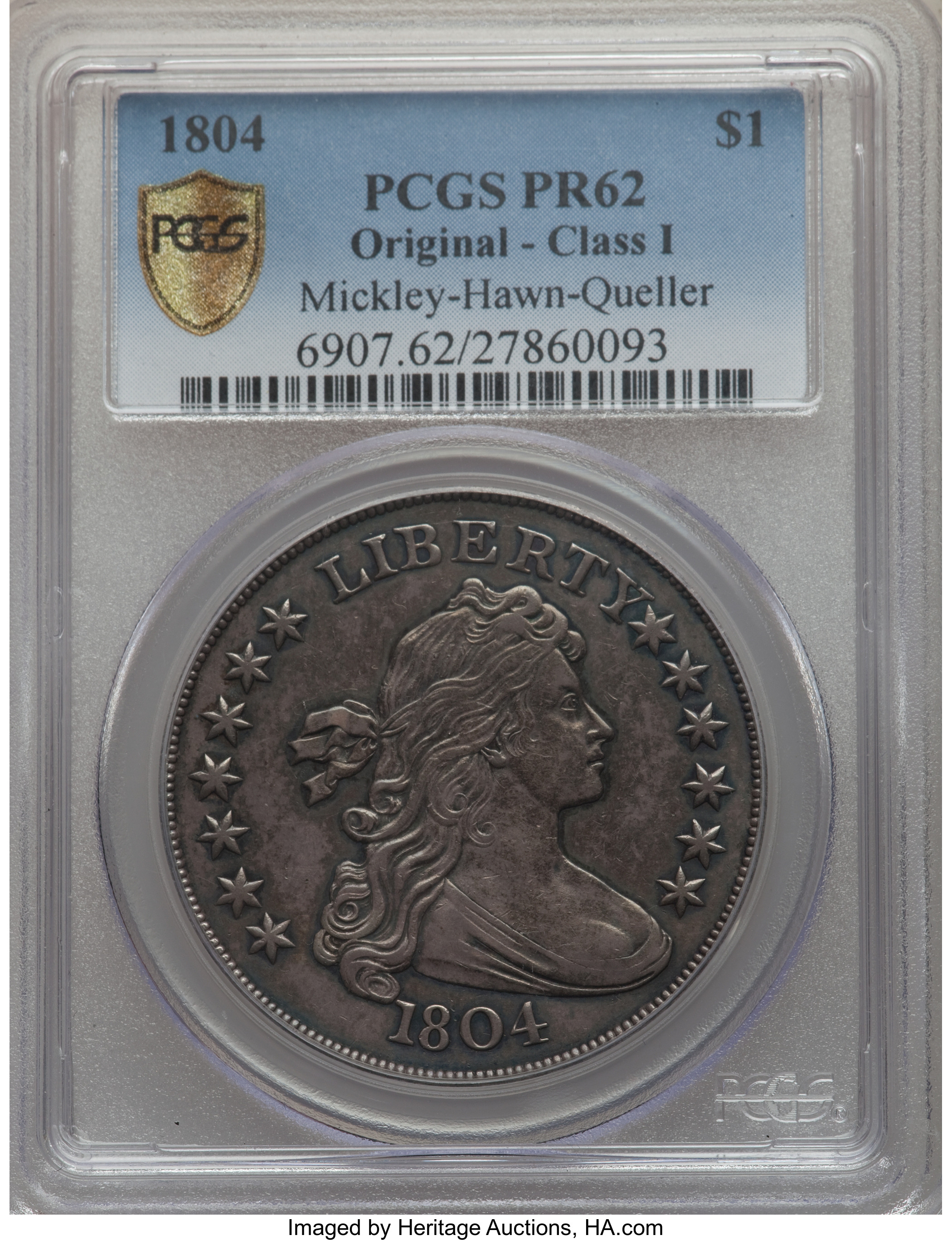 An 1804 Draped Bust dollar – known as “The King of American Coins” – will sit atop the throne on June 14 at the upcoming Heritage Auctions Premier Session sale, which takes place June 14 through 16 at the Long Beach Coin, Currency, Stamp, and Sports Collectible Expo in California. With only 15 known specimens of the 1804 dollar, the offer of the Mickley-Hawn-Queller specimen, graded PF62 by Professional Coin Grading Service (PCGS), is sure to bring bids well into the seven figures.

The 1804 dollar, struck in the 1830s for inclusion in special proof sets that were presented as diplomatic gifts to foreign heads of state, has long been one of the most popular rarities and is the veritable poster child of the Draped Bust dollar series. Interestingly, the Draped Bust dollar was minted from 1795 through 1804, United States Mint records indicate the production of 19,570 silver dollars in 1804, however it is believed these coins are actually dated 1803.

The 1804 dollar was once the most valuable coin in the world, but it has had a harder time staying at the top of the auction records in recent years. In the late 19th century, the 1804 dollar became the first coin to sell for $1,000, and it crossed the million-dollar threshold in 1997. The 1804 dollar marched into the 21st century atop the price records when the finest-known specimen, traced to the Sultan of Muscat, crossed the block in 1999 for $4,140,000, but just three years later relinquished its reign as the world’s most valuable coin when a 1933 Saint-Gaudens double eagle took $7,590,020.

It’s extremely unlikely the Mickley-Hawn-Queller 1804 dollar will in soon command a bid of more than $10 million – the amount necessary to secure the “most valuable coin” claim again. However, it is conceivable the famous trophy coin might take $4.5 million or $5 million and become the 1804 dollar specimen with the highest-value official auction record.

Regardless of what amount the Mickley-Hawn-Queller dollar takes at the Long Beach Expo, the coin that is arguably the world’s most famous silver dollar is sure to enjoy some press time over the coming week in both numismatic and general media. And this is a good thing, because when rare coins are “cool,” we all win.