An extraordinary 1907 Ultra High Relief (UHR) Saint-Gaudens Double Eagle graded PCGS PR68 by Professional Coin Grading Service (www.PCGS.com) has traded hands for $4,112,500 to become one of the most valuable gold coins ever sold. 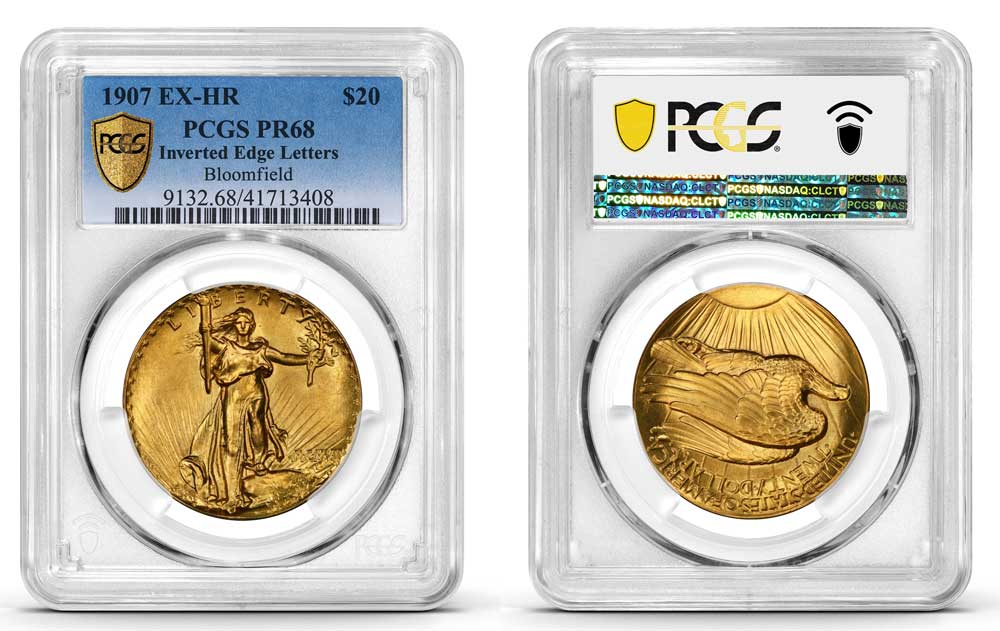 The coin was purchased by an anonymous collector in a private sale through Legend Numismatics via John Albanese. Formerly owned by storied collector Sam Bloomfield, it is accompanied by a Certified Acceptance Corporation (CAC) sticker and now resides in a top-ranking PCGS Registry Set of 20 th-century gold coins.

“In its grade of PCGS PR68, it is easily one of the finest of its kind,” says PCGS President Brett Charville. “It’s no wonder that it sold for more than $4 million. The 1907 Ultra High Relief is the archetypal Saint-Gaudens Double Eagle, struck with the richness and detail that celebrated sculptor Augustus Saint-Gaudens had originally intended.”

“We consider this piece to be a sculpture in gold more so than a coin,” notes Legend Numismatics Founder Laura Sperber. “Roosevelt got it right by wanting all gold Double Eagle coins to look like this!” Sperber relates the stellar specimen she handled to the initiative that President Theodore Roosevelt pushed forth around 1905, when he handpicked Saint-Gaudens to redesign the Double Eagle; he also designed the Indian Eagle that, like the Saint-Gaudens Double Eagle, was in production from 1907 through 1933.

Saint-Gaudens was tapped to redesign other United States coins in what became known as the artistic renaissance of American coinage. Unfortunately, the Irish-born sculptor did not live long enough to complete the grandiose numismatic consignment granted to him by President Roosevelt; Saint-Gaudens passed away in 1907 at the age of 59.

Today, the 1907 Ultra High Relief Saint-Gaudens Double Eagle is considered one of the most beautiful coins ever minted. Its outstanding high relief allows every fold of Miss Liberty’s dress on the obverse and each feather of the flying American eagle on the reverse to be seen in splendid detail. While the high-relief design proved infeasible for the United States Mint to replicate on millions of coins at that time, even in lower relief the Saint-Gaudens motif proved popular with the public. The obverse design was later resurrected on the American Gold Eagle series launched by the United States Mint in 1986 and continuing today.

Professional Coin Grading Service (PCGS) is a third-party coin and banknote grading company that was launched in 1986. Over nearly 35 years, PCGS has examined and certified some 45 million U.S. and world coins, medals, and tokens with a combined value of more than $41.7 billion. For more information about PCGS products and services, including how to submit your coins for authentication and grading, please visit www.PCGS.com or call PCGS Customer Service at (800) 447-8848.