Described by the American Numismatic Association Money Museum as "one of the most coveted coins in the numismatic universe," the ANA's 1933 Indian Head $10 gold Eagle will be publicly exhibited for the first time in years at the 2022 National Money Show® in Colorado Springs, Colorado, March 10-12. 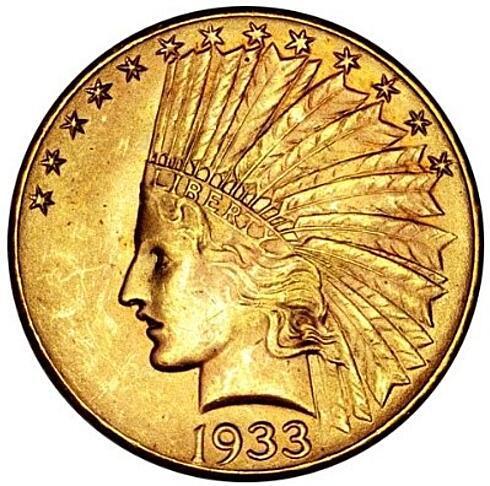 Described by the American Numismatic Association Money Museum as "one of the most coveted coins in the numismatic universe," the ANA's 1933 Indian Head $10 gold Eagle will be publicly exhibited for the first time in years at the 2022 National Money Show® in Colorado Springs, Colorado, March 10-12.

Show attendees will also see the first exhibition of examples of George Washington-related medals from the Historical Society of Pennsylvania and the first display from a recent, major donation of California Territorial gold coins. 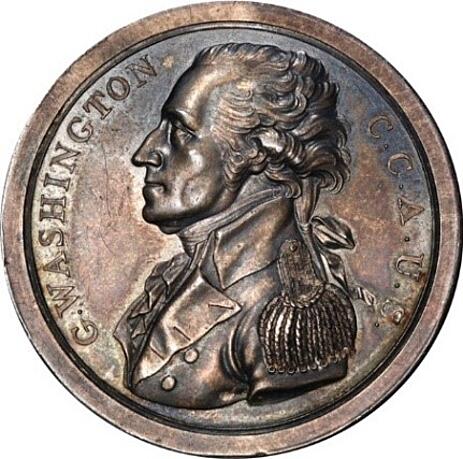 The show will be held at the world-famous Broadmoor resort in Colorado Springs.

The United States Mint produced 312,500 gold Eagles in 1933; however, less than 40 are known to survive today because most of the coins were melted after President Franklin D. Roosevelt issued Executive Order 6102 in April of that year. That order forbade "the hoarding of gold coin, gold bullion, and gold certificates within the continental United States."

"This 1933 Eagle was donated to the ANA more than 80 years ago by collector F.C.C. Boyd of New York and coin dealer James Macallister of Philadelphia. It usually is kept safely in the vault and occasionally exhibited in the Money Museum," explained ANA Museum Director Douglas Mudd. "The display at the 2022 National Money Show will be a rare public appearance for this historic, rare coin designed by acclaimed sculptor Augustus Saint-Gaudens."

Visitors to the three-day show will also see examples of George Washington-related medals from the famous Baker Collection that was previously owned by the Historical Society of Pennsylvania. The medals were recently donated by ANA benefactor Dwight Manley. Additional medals from the Baker-Manley Collection will be on display at the ANA Edward C. Rochette Money Museum.

A member reception at ANA headquarters in Colorado Springs will be held on Thursday, March 10, from 6 to 7:30 p.m. to unveil "The Medal in America" exhibit at ANA headquarters. Round-trip shuttle transportation from The Broadmoor is available for those who pre-register.

Also making a first public appearance at the National Money Show at The Broadmoor will be highlights from a recent donation of California Territorial gold coins from iconic California Gold Rush-era issuers such as Kellogg & Co., Wass, Molitor & Co. and Norris, Greg & Norris. The historic gold pieces, as well as a complete set of 1915 Panama Pacific Exposition coins, were given to the ANA by Dr. Carlson Chambliss.

Additional American Numismatic Association Money Museum items that will be on exhibit at the show include rare examples of the first United States dimes from 1796 and 1797 with the small eagle design only issued in those two years.

The American Numismatic Association is a congressionally chartered, nonprofit educational organization dedicated to encouraging the study and collection of coins and related items. The ANA helps its members and the public discover and explore the world of money through its vast array of educational and outreach programs, as well as its museum, library, publications and conventions. For more information, call (719) 632-2646 or visit money.org.