By Joshua McMorrow-Hernandez, Editor As a modern coin enthusiast, I&#8217;m frequently making the case that the last great United States Mint rarity was released in 199 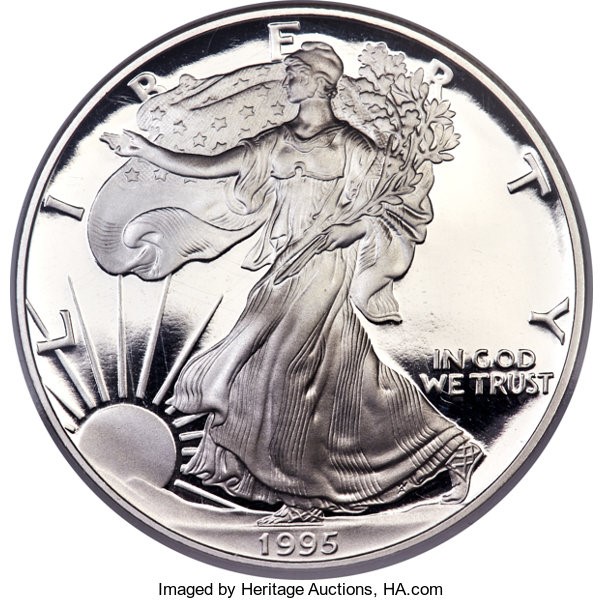 As a modern coin enthusiast, I’m frequently making the case that the last great United States Mint rarity was released in 1995 – the year the 1995-W American Silver Eagle was issued as a free “bonus” in the 1995 10th Anniversary American Eagle proof set. The 5-piece proof set, issued for $999 (remember, the price of gold back then was about $387 per ounce), was an immediate hit, though relatively few collectors of American Silver Eagles could afford to buy four gold coins for the sake of picking up the 1995-W silver eagle.

The same was the case for me – I was 14 years old and didn’t have $1,000 to spend on buying the 1995 10th Anniversary American Eagle proof set. Sure, if we collectors had known the 1995-W proof silver eagle would go on to become a numismatic modern marvel, maybe we would’ve found a way to make the purchase happen. A loan… A hefty credit card charge… Or in my case as a teenager I could’ve mowed a few more lawns.

Of course, hindsight is always 20/20. If I could’ve scraped up the dough back in 1995 to buy one of those proof sets, I would’ve made bank. Only 30,125 of these special 1995-W proof silver eagles were made, and today they regularly trade in the $3,000 to $5,000 range. That’s an easy 300% (or greater) profit on the investment, significantly outpacing inflation since 1995. And, had I been lucky enough to purchase a specimen of the 1995-W silver eagle capable of snagging a PR70 grade from Professional Coin Grading Service (PCGS) I could’ve used the funds to put a nicer down payment on the house I recently bought. After all, 1995-W PCGS PR70 silver eagles go for $15,000 on a bad day.

I know many collectors who wish they could’ve bought one (or more) of those 1995 10th Anniversary American Eagle proof sets. And, frankly, the 1995-W proof silver eagle is the last United States coin to date that I believe we numismatists could consider a real “rarity.” Granted, we’ve yet to see how the 2018 American Eagle palladium proof coin performs over the long run. It was released on September 6 and all 15,000 sold out within seven minutes; it was trading in the secondary market for nearly double its issue price, though the coin may be a flash in the pan. Only time will tell if it holds up as a bona fide rarity or was simply the flavor of the moment for collectors and investors in late 2018.

But unlike the parade of limited-edition sellouts the US Mint has spawned over the past several years, the 1995-W American Silver Eagle didn’t hit an early crescendo in the secondary marketplace only to fall flat months later. Rather, it has proven year in and year out to be a hot, in-demand issue that has matured as a real key coin with solid market performance throughout the years. No wonder so many hobbyists such as myself regret not having purchased the 1995-W American silver eagle way back when.

Will the US Mint ever produce another real rarity? And, I’m not talking about a scarce die variety like the 1990 no-S Lincoln cent or error such as the eye-popping 2000 Sacagawea/50 State Quarter mule, but an honest-to-goodness regular-issue rarity. If we’ve learned anything in numismatics, the US Mint is known to have a surprise or two up their sleeves when we least expect it.