A Gruffalo? What’s A Gruffalo? One of the World’s Best-Loved Monsters to Appear on UK Coins

To celebrate the 20th Anniversary of one of the world’s favourite literary monsters, The Gruffalo, The Royal Mint has released a new collection of special commemorative 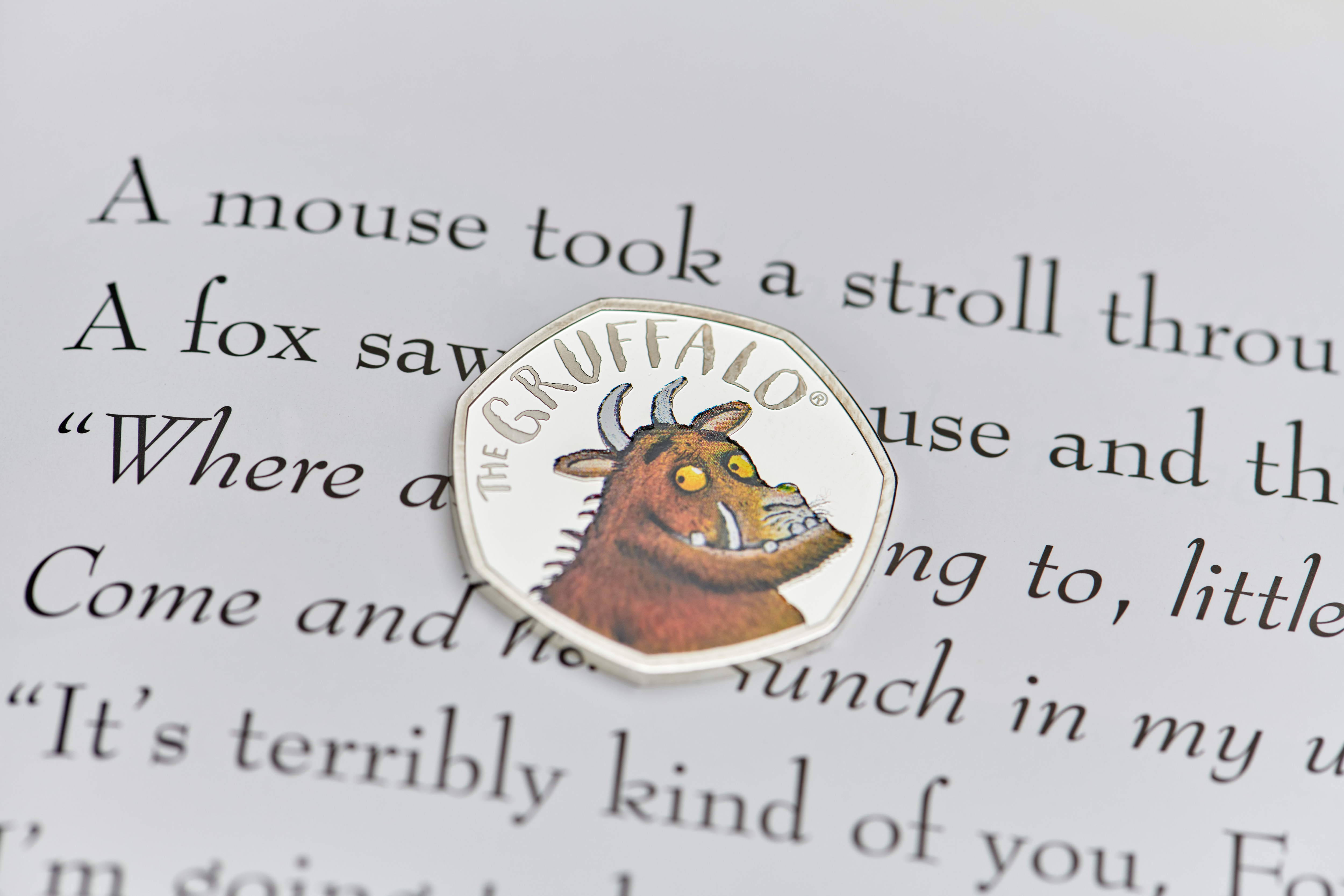 A Gruffalo? What’s A Gruffalo? One of the World’s Best-Loved Monsters to Appear on UK Coins

To celebrate the 20th Anniversary of one of the world’s favourite literary monsters, The Gruffalo, The Royal Mint has released a new collection of special commemorative coins to mark the milestone in partnership with Magic Light Pictures.

The famous story of brain over brawn, written by Julia Donaldson and illustrated by Axel Scheffler, was first published 20 years ago by Macmillan Children’s Books. In this time, it has become a firm bedtime favourite with over 13.5 million copies being sold worldwide, with the tale and stunning illustrations proving to children globally that monsters aren’t always frightening.

The Gruffalo commemorative coin captures the distinctive beast in profile and is available in different finishes including gold proof, silver proof and brilliant uncirculated. The silver proof coloured coin captures the iconic orange eyes, thick brown fur, and unusual purple prickles. The coin is expected to be highly collectable with a limited edition presentation of 25,000.

Julia Donaldson, said: “I can’t believe it has been 20 years since The Gruffalo was first published. In that time, he’s been brought to life on stage and screen, featured in nature trails, library cards and book tokens and turned into a soft toy; and now he’s got his own 50p coin!”

Axel Scheffler, commented: “When I first envisaged him, over 20 years ago, I never anticipated that my artwork would be used on a coin. The Gruffalo was born of an Anglo-German creative collaboration and it’s amazing to see how his universal appeal continues to connect with families across the world.”

Nicola Howell, Director of Consumer at The Royal Mint commented: “Over the last twenty years The Gruffalo has become one of the most famous children’s characters in the world. We felt it was only right, we celebrate the 20th Anniversary of the book being published to feature him on a commemorative coin. We hope that children and adults across the UK will love this family favourite as much as we do.”

Daryl Shute, Brand Director at Magic Light Pictures added: “It’s wonderful for The Gruffalo’s 20th anniversary to be commemorated in this way by The Royal Mint. To be one of youngest characters ever captured in precious metals is such an honour and testament to the strength and longevity of this modern classic.”

Whilst it is the first time The Gruffalo has ever appeared on a coin, it isn’t the first time he’s jumped off the page. In 2009 on Christmas Day The Gruffalo leapt on to screens across the UK in an Oscar nominated animation, produced by Magic Light Pictures, adding to the ever-growing popularity of the character.

It joins the ranks of other celebrated popular children’s characters that have appeared on coins in recent times including the sell-out Beatrix Potter character collection, Paddington, the friendly Peruvian bear and the Christmas favourite, The Snowman.