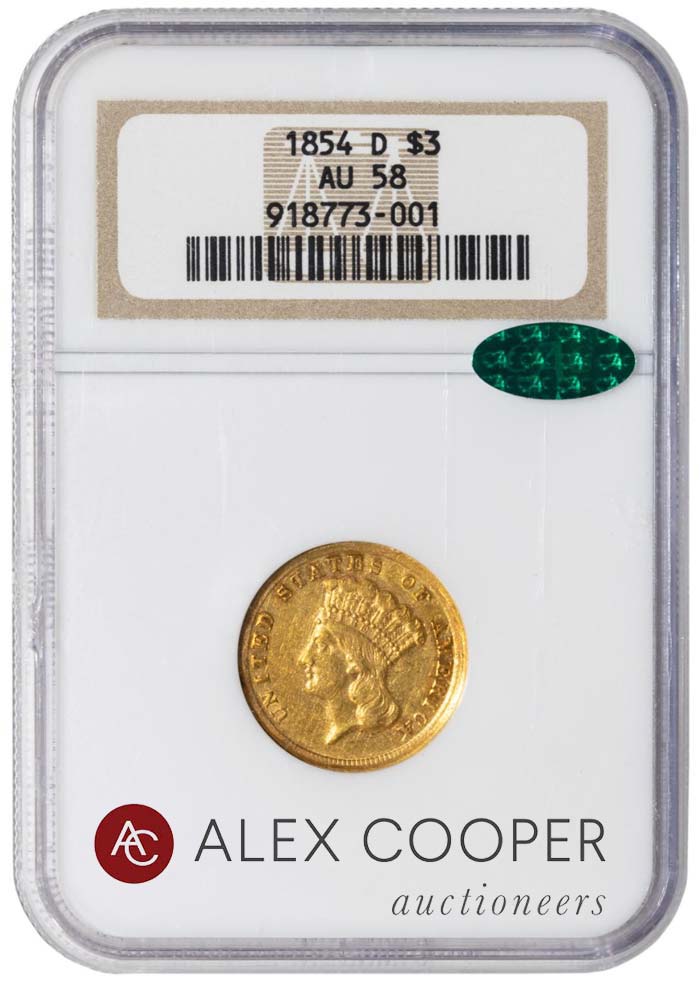 An auction of classic U.S. gold coins fresh to the market performed very well at Alex Cooper Auctions in Maryland.

Baltimore, Maryland  -- Alex Cooper Auctions held their January 28th Gallery Auction with an exceptional consignment from Catholic Relief Services. Consisting of 32 gold coins put together by a private collector in the late 1990s and off the market for the two decades, the auction benefitted CRS’s overseas relief programs. Prior to auction, the coins were screened by CAC, and nine received the coveted green bean sticker, including many of the nicest coins in the collection.

Fourteen of the 32 coins came from the branch mints in Charlotte and Dahlonega. Fifteen coins sold for five figures, including buyer’s premium. Some of the results included:

Catholic Relief Services was thrilled with the results, as was Alex Cooper Auctions.

Alex Cooper has Gallery Auctions every 5 weeks, the next being March 4–6, and Discovery auctions every 2 to 3 weeks. The January 28th auction can be seen at https://bid.alexcooper.com/ auctions/1-426SZ9/online-only- january-28th-2021-l-fine- jewelry-sterling-silver- collection-of-rare-gold-coins- militaria?limit=36&jump_to_ lot=600

Alex Cooper is the largest auction house in Maryland and has been conducting auctions in Baltimore since 1924. With specialties in Real Estate, Rugs, Jewelry, Art, Furniture, Antiques, Silver, Coins, and anything historical – Cooper’s auctions almost anything at www.alexcooper.com

The Alex Cooper Auction business began in 1924, when a young Alex Cooper established his auction house, selling real estate, antiques and fine arts. The establishment was located in the 400 block of North Howard Street.

In the ensuing 90 years the company has grown to include three more generations, supported by a team of almost 50, who are now actively involved in the day to day business. By the 1940’s the business had grown and moved down to 212 North Calvert Street.