An exceedingly rare coin minted in 1794, widely believed to be the very first Silver Dollar struck by the United States, has sold for a world record $12 million to GreatCollections. 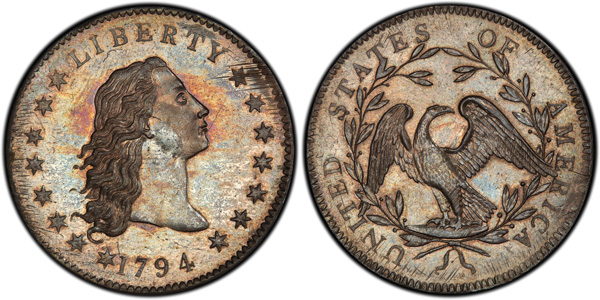 (Irvine, California) January 27, 2022 – An exceedingly rare coin minted in 1794, widely believed to be the very first Silver Dollar struck by the United States, has sold for a world record $12 million to GreatCollections (www.greatcollections.com), a firm specializing in rare coins and coin auctions.

Only about 140 silver dollars exist today out of the original mintage of 1,758, and this is the only example designated Specimen by Professional Coin Grading Service (PCGS) who assigned a grade of SP-66. It is also approved by Certified Acceptance Corporation (CAC). 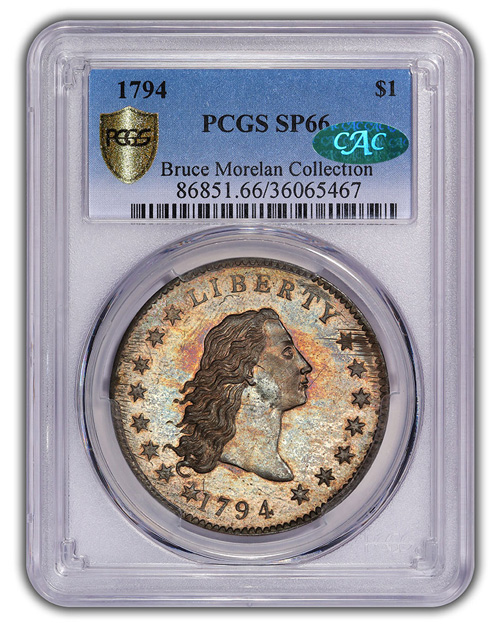 The famous coin was the first to break the $10 million mark, selling for $10,016,875 in a 2013 auction. Three years earlier, it had traded privately for $7.85 million. In both prior transactions, it set the record for the highest price paid for a coin, until the 1933 Saint-Gaudens Gold Double Eagle was auctioned last year for $18.9 million.

The seller of the 1794 Silver Dollar was well-known collector Bruce Morelan, who had previously sold a trio of rare coins for $13.35 million to GreatCollections in November last year that included the finest 1913 Liberty Head Nickel, one of only three in private hands.

Prior to Morelan, the coin was owned by numismatic legends including Virgil Brand, Col. E.H.R. Green, W.W. Neil and both Amon Carter, Senior and Junior.

Ian Russell, president of GreatCollections said, “Without question, this is America’s most coveted Silver Dollar, and it gave me chills closing the transaction for this piece of history. This absolutely defines “museum-quality,” in fact, aside from the unique specimen-striking, it’s substantially better than the examples in the Smithsonian and American Numismatic Association collections. The new owner is thrilled.”

Albanese said, “I’m very pleased to be involved in this deal, officially the highest price paid for any CAC-approved coin in a private transaction, and I know it’s bittersweet for Bruce to pass the torch to the next owner.”

“I called Ian about the coin a week ago Sunday, and by Thursday, we were in agreement. Then it was just a matter of logistics to securely transport the rarity.”

The coin market has gained new strength over the past few months, with a large number of new collectors entering the market from other collectibles and hobbies.

This was the second important 1794 Flowing Hair Silver Dollar purchased by GreatCollections in the past six months. At an ANA auction in August, GreatCollections paid $6.6 million for another example, ranking as the seventh highest price ever paid for a coin at auction.

Certified Acceptance Corporation (CAC) is a third-party coin grading verification service founded in 2007 by John Albanese and leading members of the numismatic community. It evaluates vintage U.S. Coins already certified by NGC and PCGS. CAC has evaluated over 1,400,000 certified coins with a value of over $6.5 billion. For more information about CAC, visit www.caccoin.com.