An Excellent Baltimore Whitman Expo For The Greysheet Team

The CDN Publishing team had a great time in Baltimore following a successful trip to the Whitman Expo. 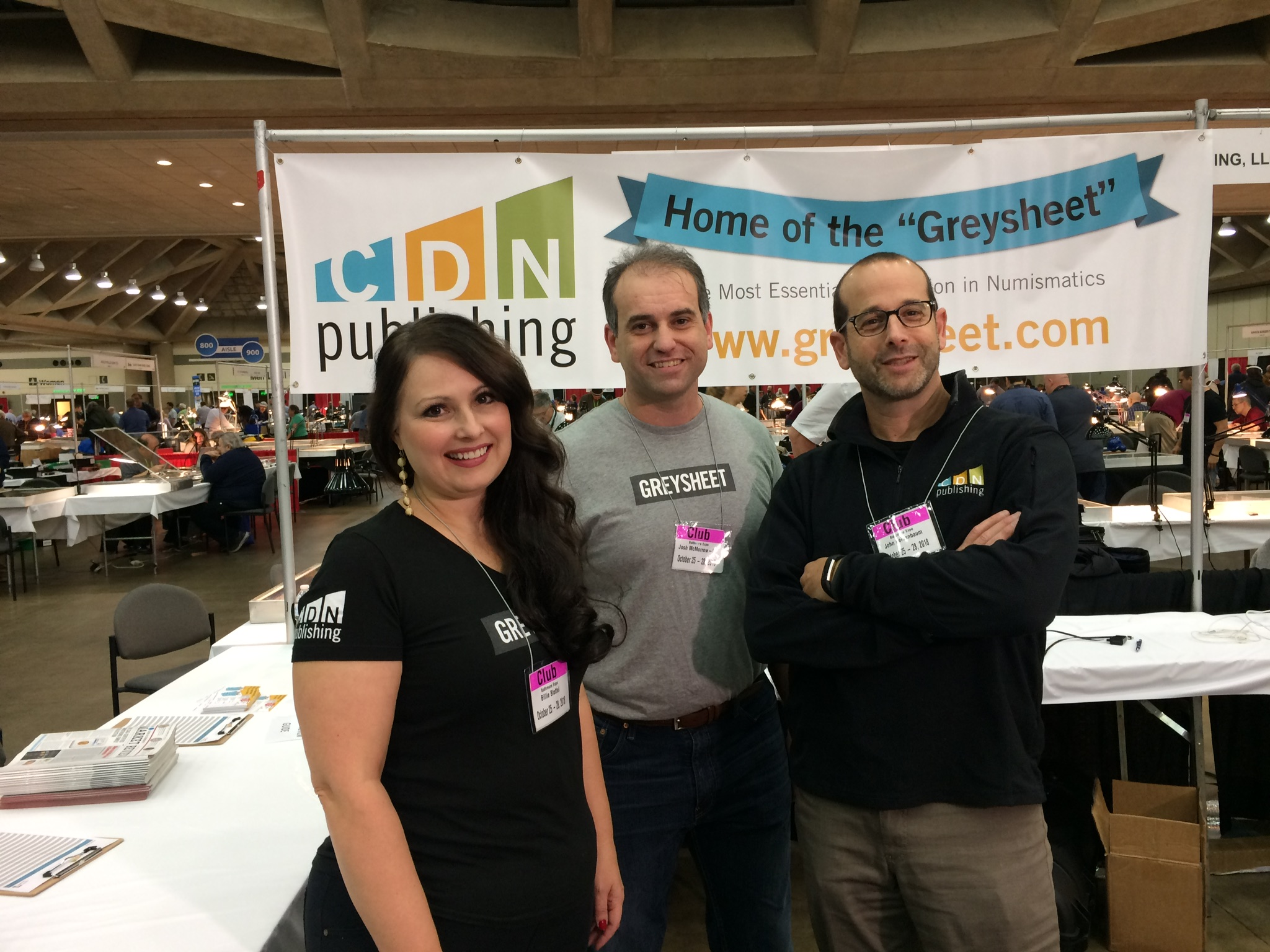 An Excellent Baltimore Whitman Expo For The Greysheet Team

As you’re reading this, the last of the CDN Publishing team is already leaving Baltimore following a successful day-long stint at the show on Thursday and a brisk Friday morning at the Whitman Expo. Much of the CDN team was there on Thursday, including Publisher John Feigenbaum, Operations & Marketing Director Billie Blattel, and Editor Joshua McMorrow-Hernandez. We also brought along CDN’s cameraperson David Broughton, who shot some cool promotional videos for us and also recorded a few interviews that you’ll see pop up on the CDN blog in the coming days.

It was a good Thursday for us… We signed up many new and returning subscribers and got to meet several folks who had thoughts on the magazine. Most of the feedback was positive, which is always a great thing to hear. If there were any suggestions made, most of them were on pricing… More pricing! Yes, we hear you, our dear and dedicated readers, and pricing is exactly what we’re adding more of each month. We’ve especially been making continued headway on increasing the number of modern coins we cover, including expanding grade coverage, and this is something you’ll be seeing more of in print and online via greysheet.com or the CDN Pricing App. Plus, we’ve expanded CAC pricing and added new columns in recent months to classic series.

But back to the Baltimore Whitman Expo… It seemed like Thursday was strong for many dealers, though it was still too early to tell what that would mean for the weekend, when more of the public attends the show. Friday morning is here and the crowds were just starting to come in not too long before we packed up to head back to home. But many of the dealers we talked to seemed optimistic, if perhaps unsure what the market holds for next year. Bullion prices are still on an undulating roller coaster ride, with those prices mostly driven by market factors that ride a hectic, even erratic pace. And while there may be some questions as to what 2019 holds (hasn’t it been the case often in recent years that we close each annual calendar with more questions than answers?) some folks told us they had a “very good” Thursday — not bad news for an opening day!

Was at the Baltimore Show on Friday and talked with Billie. Let her know I re-tried printing CDN with "Fit to Page" and it worked. I can now get the far right side of the page to print. Thanks. Bob