A seminar for law enforcement officials conducted by the Anti-Counterfeiting Educational Foundation (ACEF) during the recent February 2020 Long Beach Coin, Currency, Stamp & Sports Collectibles Expo already has produced positive results in the fight against fakes in the numismatic marketplace. 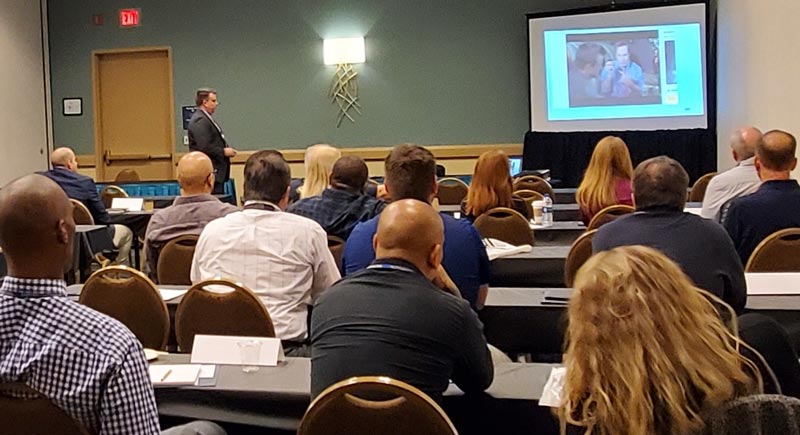 Attendees at the ACEF Anti-Counterfeiting seminar in Long Beach

The seminar’s objective was to bring together representatives of federal and local agencies that come into contact with counterfeits or investigate counterfeits, and educate them about the expert resources available from ACEF’s Anti-Counterfeiting Task Force to assist during their investigation and prosecution of cases.

“A total of 40 law enforcement officers and agents attended the Counterfeit and Precious Metals Investigation class held on February 20 in Long Beach, California. There were representatives of the Secret Service, Customs and Border Protection, the U.S. Justice Department and Homeland Security as well as the Los Angeles Police and Sheriff’s Departments and other Southern California law enforcement agencies and the United States Mint,” explained Doug Davis, ACEF Director of Anti-Counterfeiting.

“The feedback from attendees was very positive,” stated Davis, a former Texas police chief. “The class immediately opened up new lines of communication between ACTF, the Secret Service and Homeland Security. Attendees have already reached out and joined ACTF’s online Law Enforcement Portal and I have been asked to speak and teach at different field offices of Customs and Border Protection and Homeland Security Investigations.”

As part of ACTF's aggressive approach in attacking the problems of counterfeit coinage, in just the first weeks of the year the organization has assisted Customs and Border Protection on two cases involving the seizure of over 3,000 counterfeit coins and ingots at two different U.S. ports of entry.

The ACEF is a 501(c)(3) corporation and its important anti-counterfeiting work is supported entirely through tax-deductible donations to the organization.