Fifty years ago, Q. David Bowers published a book that inspired coin collectors for a generation. Find out how this updated book can inspire you. 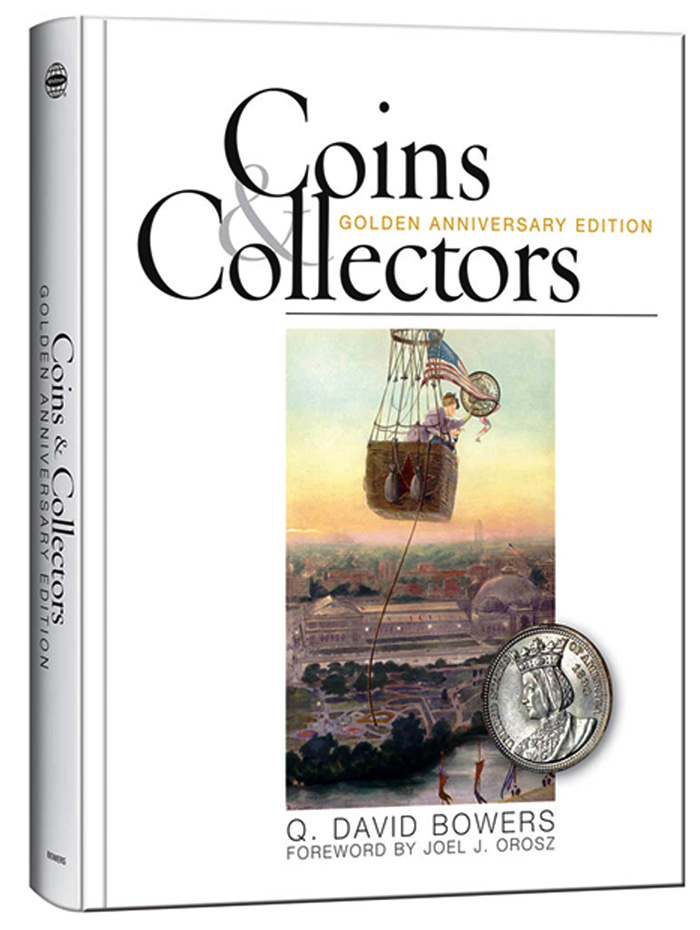 Every seasoned coin collector knows that their interest in coin collecting ebbs and flows. You may get bored with collecting a particular series or not being able to find the perfect type coin for your collection. Life happens, and you may get distracted from the hobby that brings you so much joy. Regardless of the reason, you may need some inspiration to reignite the flame of collecting coins.

In 2015, Whitman Publishing published an updated edition of Coins and Collectors: Golden Anniversary Edition by Q. David Bowers. This book marked the 50th year since the best-selling original was published in 1964. The 416 page hardcover book is illustrated in full color and printed on high-quality glossy paper.

It goes without saying that Q. David Bowers is the most published numismatic author ever! You may have purchased some of his "Bowers Series" Red Books that takes a deep dive into a particular series of United States coins. Fortunately, this is not one of those books.

Not Your Average Coin Book

"This volume comes from a very distinguished family," writes historian Joel J. Orosz in the foreword. "Its father wasMore Adventures With Rare Coins (2002); its grandfather was Adventures With Rare Coins (1979); and its great-granddaddy was the original Coins and Collectors, from way back in 1964. Many of today's collectors owe their enthusiasm for coins to cracking open one of these volumes and getting hooked on their fascinating stories."

In a total of 51 chapters, Bowers weaves stories of famous coins, obscure tokens, mysterious medals, paper money, legendary coin hoards, and collections. An appendix at the back of the book gives current market values (as of 2014) of the items that are covered in the book. Additionally, stories behind popular favorites and modern-day coins are explored in depth. This includes introducing the reader to the people who designed famous coins to the unscrupulous United States Treasury officials. Coins and Collectors includes interviews, stories, and images, some of which have never been printed before.

"Nearly all of the Golden Anniversary Edition's stories are new," Bowers notes, "spiced with a few reprises of favorites from articles and books I've written." So instead of taking a deep dive into a particular series of United States coins, this book takes a deep dive into the history surrounding an individual coin, an issue of paper currency, a famous collection, or a well-known collector.

The stories in this book weave a fabric of human nature into these inanimate objects that we strive to acquire to complete our collections. You'll get a behind-the-scenes look into how some famous collections were assembled. Some events that we assumed were simple and nondescript are brought to life by reproducing letters and communications between the key figures in the particular story.

"Coins and Collectors brings to life many different coins, tokens, medals, and banknotes," says Whitman publisher Dennis Tucker, "from the readily available and easily affordable to expensive rarities . Their stories are told with Bowers' unique personal touch, and he shares insider information not available anywhere else. Like many of his best-sellers, Coins and Collectors is an addictive read! We feel it will capture the imaginations of a whole new generation of collectors."

Anyone who has at least a slight interest in coin collecting will find this book fascinating. Behind the scenes stories about common coins from the 1950-D Jefferson nickel to the super expensive 1794 silver dollar (formerly the world's most expensive coin at $10 million) will captivate the reader. In addition, profiles of great collectors such as Harry W. Bass Jr. and stories of Thomas L. Elder are told. If your interest in the coin-collecting hobby has faded, this book will ignite your passion again. You can read it from cover to cover or flip through its pages and only read the articles that interest you. Either way, you will enjoy this book for years to come.