Bronze Penny Error from 1943 Realizes Over $500k at Heritage Auction 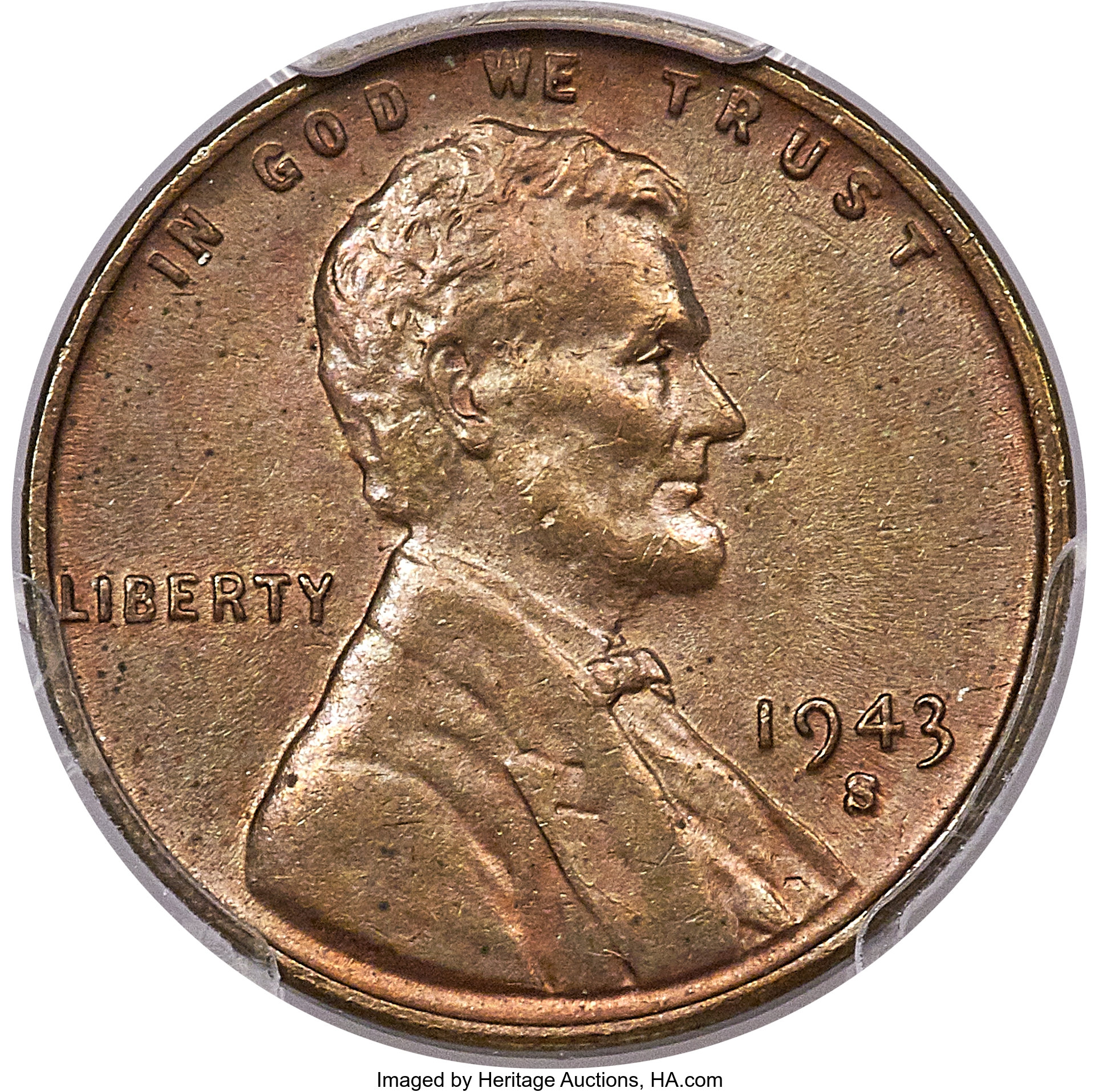 Bronze Penny Error from 1943 Realizes Over $500k at Heritage Auction

Stuck in error on the wrong metal, the finest known example of the 1943-S bronze cent realized $504,000 at the Heritage Auction of the Simpson Collection. 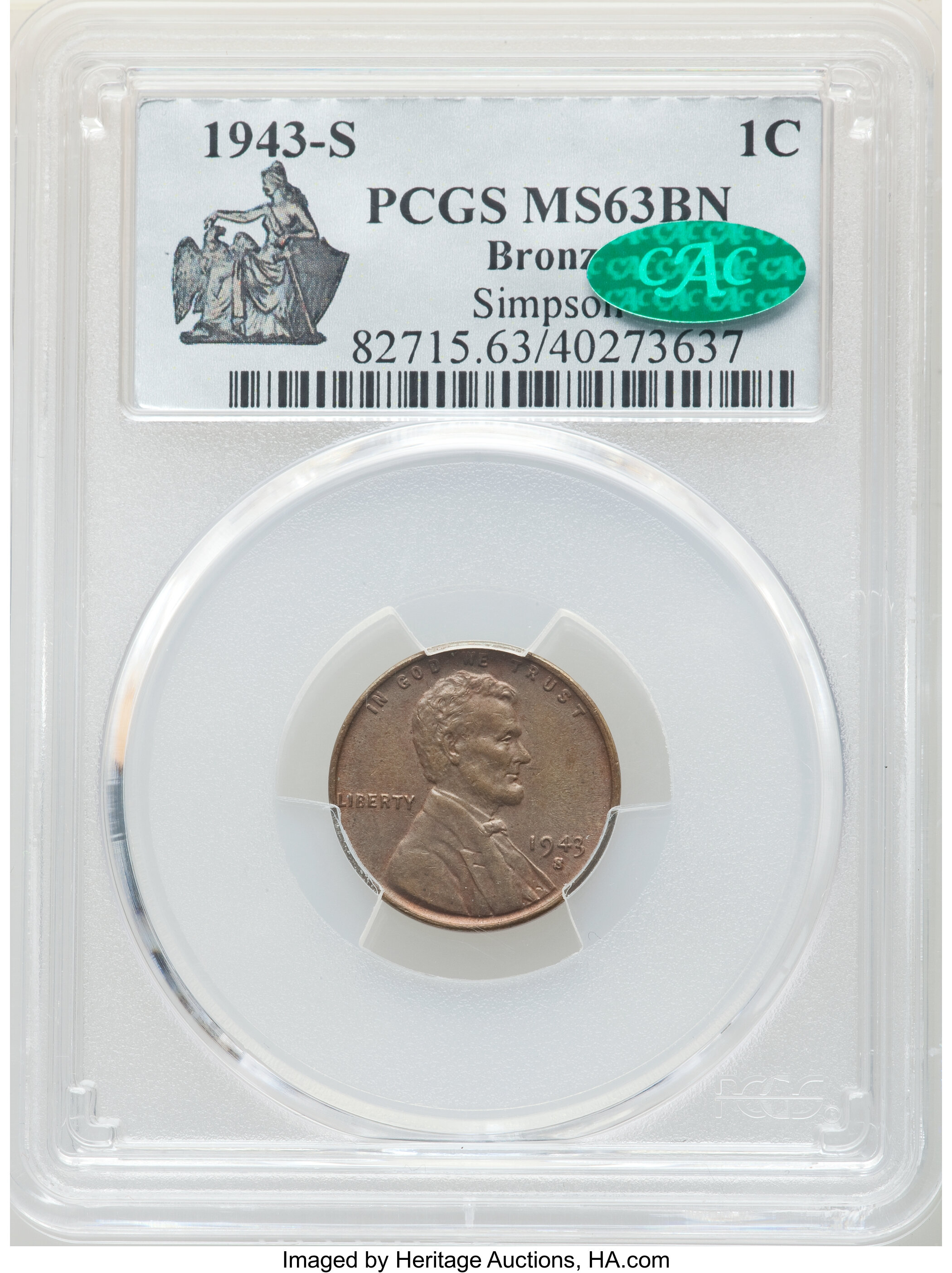 On the evening of November 19, Heritage auctioned off "Important Selections from the Bob R. Simpson Collection, Part II." This installment of this important collection featured 279 lots including many numismatic rarities, but one that stands out for many observers was the appearance of the finest known example of the 1943-S cent stuck on a copper planchet, instead of the zinc metal that was used for coins that year. Only 6 examples are known and this one is the finest by a long shot. Graded MS63 by PCGS with CAC approval, the next-finest known is graded PCGS AU58.

Following is the lot description from the Heritage web site and catalog [link].

1943-S 1C Struck on a Bronze Planchet MS63 Brown PCGS. CAC. Ex: Simpson. The 1943 bronze Lincoln cents are among the most famous rarities in American coinage and examples always command astronomic prices in their infrequent auction appearances. The coins have been widely publicized since the 1940s and have captured the public's imagination to an extent that few numismatic issues have equaled. Rumors that Henry Ford would reward the finder of any 1943 "copper" cent with a new car swept the country in the 1940s, despite frequently published denials by the Ford Motor Company. The lowly cent was a familiar everyday object that everyone could identify and the prospect of finding one that was miraculously worth a fortune was mesmerizing. Legions of coin collectors were inspired to search countless bank rolls of cents in search of these fabulous treasures. After more than three quarters of a century of this relentless searching, only six examples of the 1943-S bronze Lincoln cent have been discovered, along with a handful of examples from the other U.S. Mints. Heritage Auctions is privileged to present the finest-known example of this celebrated rarity from the fabulous Simpson Collection in this important offering.