Buffalo Nickels: The Mirage of 3 ½ Legs

The most famous Buffalo nickel is not the rarest and is not even a distinctive date. In this article Greg Reynolds offers an opinion on Buffalo Nickel varieties. 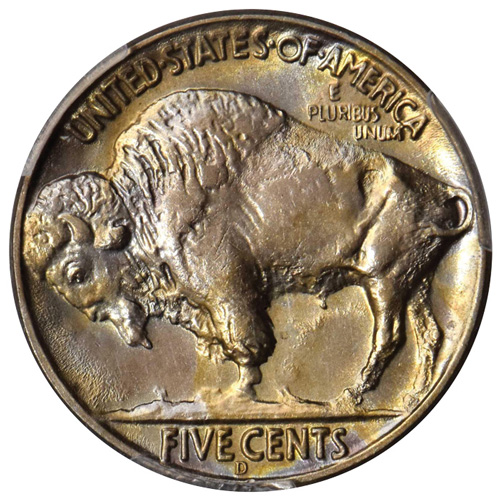 The most famous Buffalo nickel is not the rarest and is not even a distinctive date. It is the 1937-D ‘3-Legged’ nickel. The fame of this variety and the intense demand for it by collectors led to minor Buffalo nickel varieties of other dates being represented as having “3 ½ legs”! Dealers charge large premiums for these “3 ½ legs” varieties.

The 1937-D ‘3-Legged’ Buffalo nickel is a true anomaly and clearly a major variety. In my view, the so-called “3 ½ legs” varieties are much less significant and are often not accurately represented. While the ‘3-Legged’ 1937-D really features a representation of a buffalo or bison that is missing a leg, my impression is that the Buffalo nickels of the “3 ½ legs” varieties show all four legs, one of which is not quite as well formed as the others. Legs on Buffalo nickels, however, are not generally well detailed. 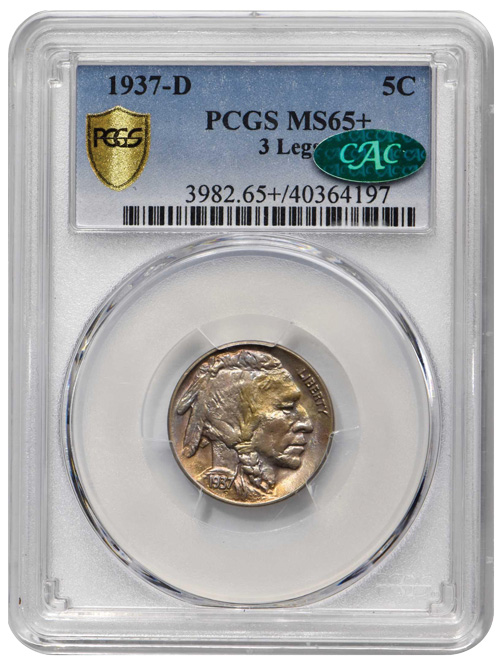 Due to harm done to dies, poorly made dies and/or irregularities in striking, some parts of some coins will not be as well formed or as clear as they were intended to be when the respective design types were adopted. Moreover, there are many subtle inconsistencies in the appearances of coins of the same type struck in the same year, even among coins struck from the same pair of dies. Should the so-called “3 ½ legs” varieties of 1917-D, 1926-D and 1936-D nickels be very important?

On the 1937-D ‘3-Legged’ nickel, one of the legs is not present because a worker at the Denver Mint ground away and/or excessively polished a leg on the reverse die. The usual explanation is that this was an accidentally harmful consequence of a repair of damage from die clashing.

If a coin feeder jams or fails for some other reason, the upcoming prepared blank (planchet) is not fed into a coining press. If the press then operates as if the expected planchet had been fed, the obverse (front) and reverse (tail) dies will strike each other. In many instances, damage on dies from clashing led to raised imperfections on coins that were struck later with dies that clashed earlier.

To repair damage done by die clashing, dies are sometimes ground, lapped, and/or polished at the mint. Such a process typically weakens, scales down, and/or reduces the detail of elements. Dies can also be subject to such a process to correct other imperfections, not just damage from clashing, though die clashes were common occurrences at mints during large parts of the 20th and 19th centuries. Usually, the additional work just reduced the sharpness of affected design elements and slightly affected their size.

While polishing of dies was common, it was extremely unusual for a whole design element to be obliterated, such as a letter, a numeral, a ribbon, a noticeable portion of a portrait’s hair, an arm, a leg, or an article of clothing. Even in those cases, missing-element varieties have traditionally been of interest to collectors of die varieties or of mint errors rather than to collectors assembling sets by date. 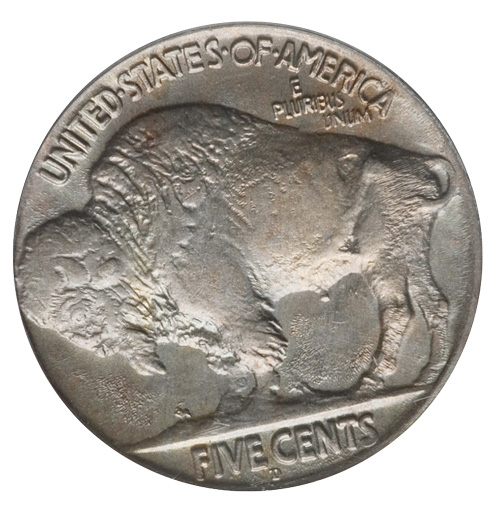 Almost all dates in the series of Buffalo nickels are plentiful, and the scarce 1937-D ‘3-Legged’ variety received an enormous amount of attention from the 1950s to the 1970s. During this period, hundreds of thousands of Americans were collecting out of pocket change and/or spending modest sums at coin stores. Collecting almost all the dates in the series was then too easy and the scarce 1937-D ‘3-Legged’ variety was exciting.

This is a fairly represented variety. On most or all of the 1937-D nickels of this variety that I have seen, the buffalo’s right front leg (the first leg on the observer’s left) is really missing. There remains some fur that would have covered part of a thigh and a hoof, with almost nothing in between! 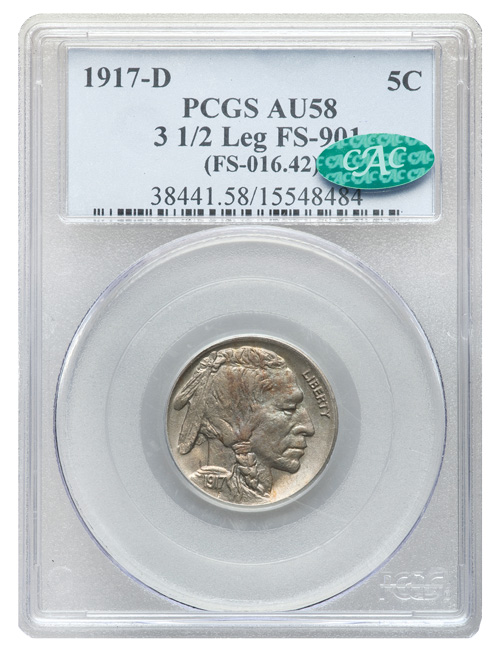 Has the fame of the true ‘3-Legged’ variety caused the editors of reference guides to list other dates that supposedly feature “3 ½ legs?” Had there been no ‘3-Legged’ 1937-D, would anyone be referring to other dates with “3 ½ legs?”

Collectors have been paying gigantic premiums for these “3 ½ legs” varieties. On the so-called “3 ½ legs” nickels that I have seen in actuality and on high resolution images of others, all four legs are present, including the buffalo’s right front leg. Indeed, I do not recollect there ever being just a half a leg on any Buffalo nickel. I believe that most of the pertinent images on the web sites of the leading auction firms are consistent with my interpretations of these physical characteristics.

On 1917-D, 1926-D and 1936-D “3 ½ legs” varieties, the leg in question just appears to be frail, injured or diseased. At an emotional level, it seems like the buffalo has some kind of medical problem.

Certainly, it is not painful to collect exaggerated or misrepresented varieties, if sensible prices are paid for them. An issue to be concerned about is the premiums charged for particular varieties. Most collectors cannot afford to buy all the coins that they desire, and should figure budgets along with forming collecting plans.

Are collectors of Buffalo nickels being misled into paying large premiums for illogical or unsubstantiated reasons? While I do not know exactly how all the “3 ½ legs” varieties are being or have been marketed, this is a topic to reflect upon. Are some collectors told that a variety that is itemized in a standard U.S. coin guide must be important and should be included in their respective sets? 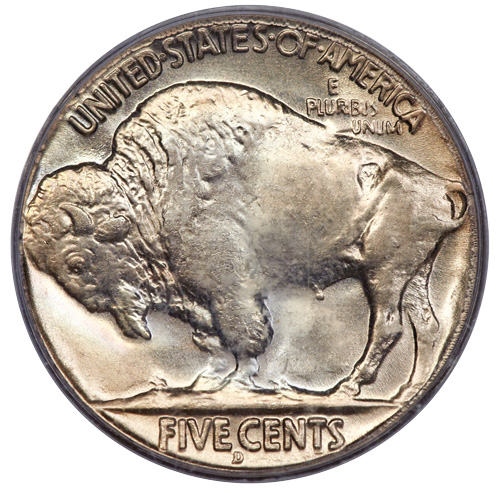 If one collector tells other collectors, perhaps at coin club meetings, that he or she is assembling a set of Buffalo nickels, he or she would probably be asked if a ‘3-Legged’ nickel has been included? People wish to hear about ‘3-Legged’ nickels! The “3 ½ legs” varieties are not in the same category.

The 1917-D, 1926-D and 1936-D so-called “3 ½ legs” varieties are not all the same, though are curiously similar. The leg in question is better defined on some than on others. The legs on Buffalo nickels, however, tend to be blurry. Does it make sense to pay a large premium because one leg is not nearly as well formed as the others, and appears unhealthy? 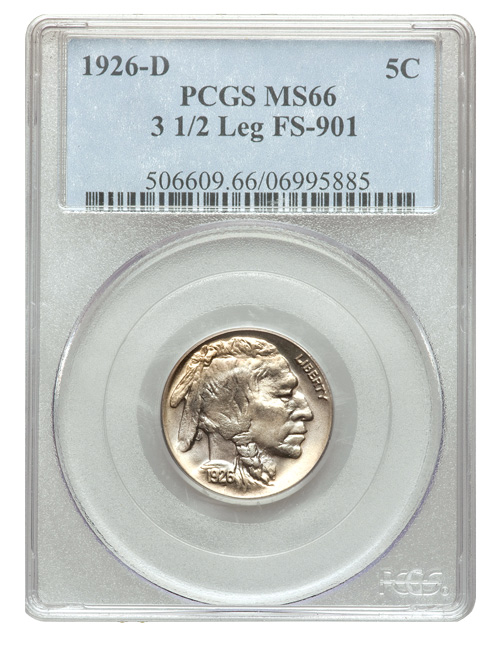 On this PCGS graded AU58 “3 ½ legs” 1917-D, I perceive both front legs as being present, and the calves on both are poorly defined. The hooves for the two front legs are barely discernible. 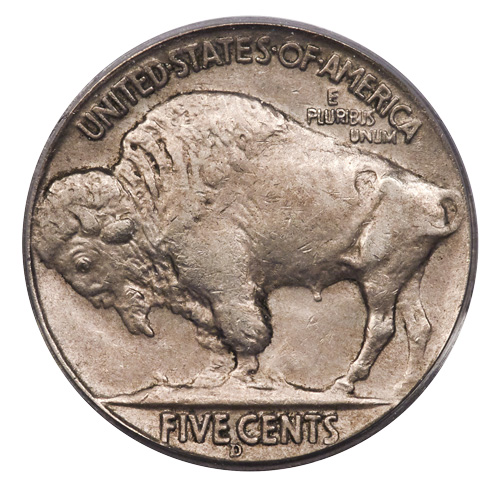 A similar interpretation is applicable to the PCGS graded MS66 “3 ½ legs” 1926-D nickel that Heritage auctioned on January 7, 2015. The hoof on the leg that is said to be just a half-leg, however, is much better defined and thicker than the hoof on the other front leg. Moreover, both the front calves are weakly struck. Yes, the calf of the right front leg is thinner and has less depth than the calf of the buffalo’s left front leg, but both calves are definitely visible and identifiable. In my view, both front legs are present without missing parts.

On January 6, 2010, Heritage auctioned an NGC graded MS64 1926-D “3 ½ legs” variety nickel. The leg in question is more weakly struck than the other front leg, but there is not a dramatic difference between the two. The lack of detail and substance of the front legs appear to just be due to imperfections in the minting process, which are not unusual in regard to Buffalo nickels produced in Denver. This coin realized $2,530 in 2010, perhaps twice as much as it would have realized if it had not been designated as having “3 ½ legs?” 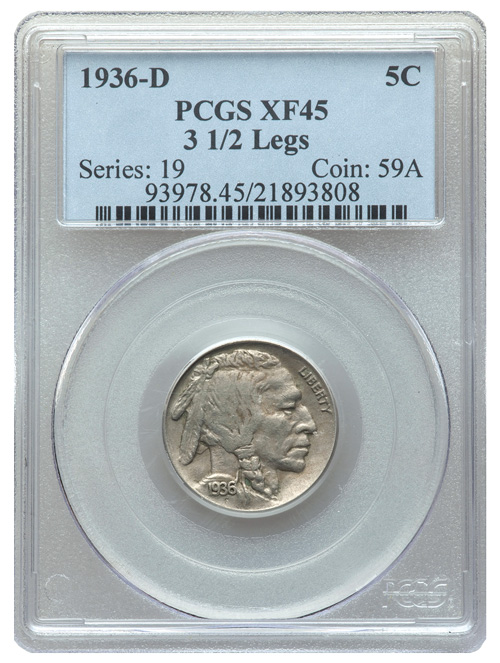 Regarding the PCGS graded AU55 “3 ½ legs” 1926-D, which Heritage auctioned in August 2019, one front leg is fainter than the other, but they are both poorly defined, and the buffalo’s right hind leg is faint, too. The mintmark is blurry as well. This appears to me to be a really poorly made coin, not a noteworthy variety. This “3 ½ legs” variety 1926-D nickel brought $900, probably three to four times as much as a typical, PCGS graded AU55 1926-D nickel would have then realized.

Of course, collectors will make their own decisions as to whether to pursue so-called “3 ½ legs” varieties of 1917-D, 1926-D and 1936-D nickels. I hope that the points that I put forth will be taken into consideration.

Subscribe to January 2022 edition of Monthly Greysheet for the industry's most respected pricing and to read more articles just like this.

In my opinion, if you're going to collect a series, such as "Lincoln Cents" or "Buffalo Nickels", you don't really need any of the "variety" or "error" coins. To me it's a slippery slope; if you allow one variety coin to be considered "essential", then why not two? Why not 50? Why not ALL of them? To me, another argument in favor of not worrying about varieties if you are collecting a series, is just plain practical. I don't have the money to spend even a couple hundred dollars on a single coin just to impress other people. To me the real satisfaction is getting a nice solid date/mint series completed. If I were a rich man, I might have a different opinion LOL.

The 3 legged Buffalo is cool. But I won’t buy one because they are so plentiful. Not a rare coin at all.