Of all the early U.S. coinage issues, a set of Capped Bust half dimes is the easiest to complete. There are no rarities and the series is short making the task of assembling a collection both affordable and enjoyable in a reasonable amount of time. For the specialist, there are much deeper layers to study in this series. 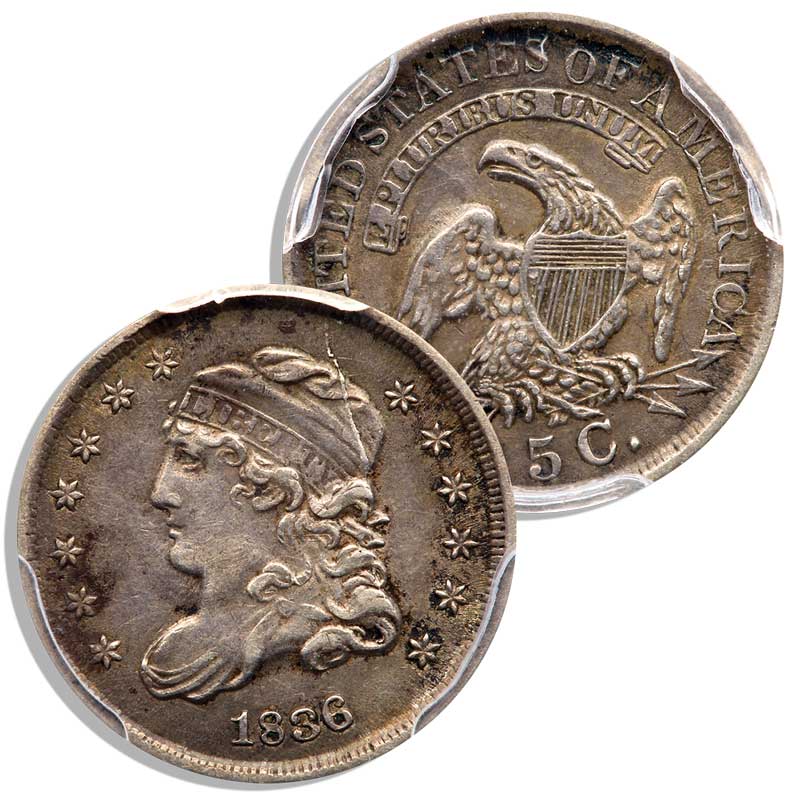 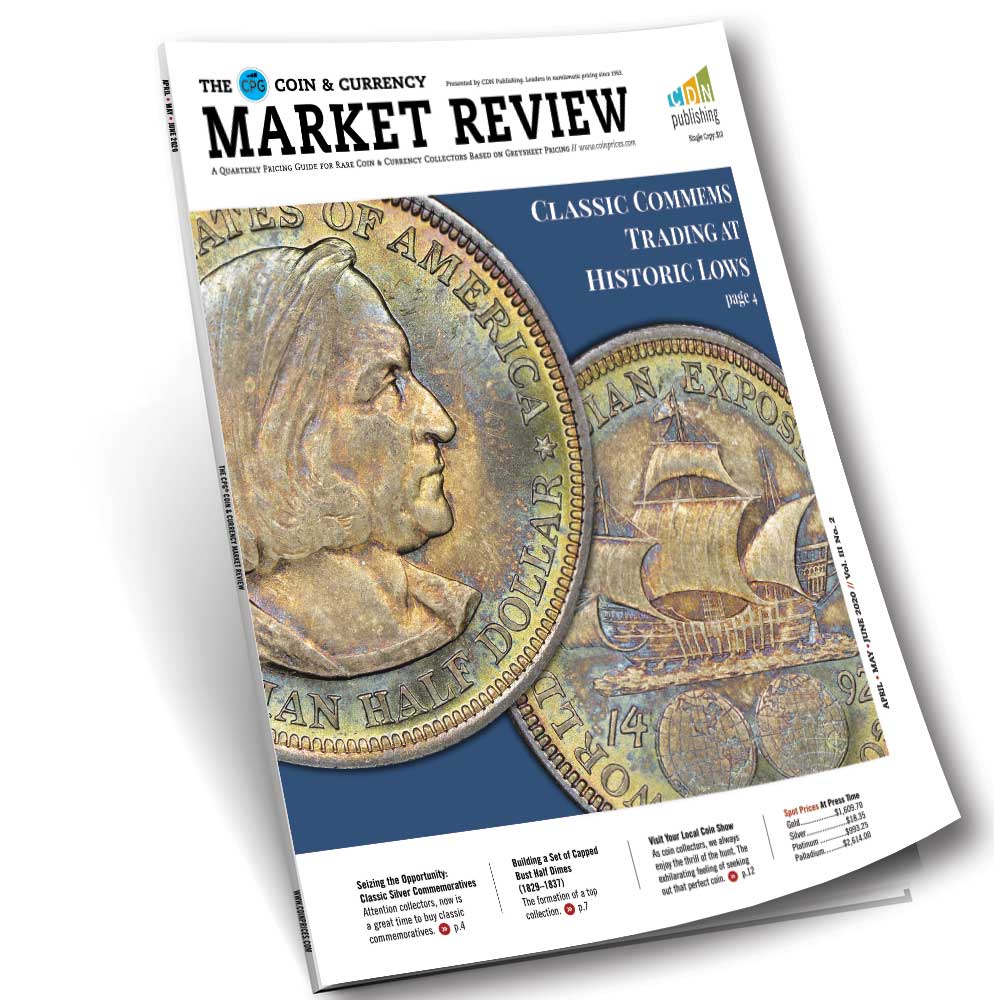 Pre-1840 U.S. coins are often referred to as “early” issues. Of all series of early U.S. silver or gold coins, a set of Capped Bust half dimes is the easiest to complete. There are no rarities. Representatives of all dates and major varieties are modestly priced.

By the 1830s, the decimal system was widely accepted and the use of Spanish coins was declining in the U.S. People then demanded half dimes.

All Capped Bust half dimes were struck at the Philadelphia Mint, and date from 1829 to 1837. Most collectors of this series assemble sets ‘by date.’

If a non-expert is to buy coins by mail or over the Internet, he or she should spend amounts that the respective collector regards as small amounts of money. Before spending a large amount on any one coin, it is a good idea to consult a pertinent expert. For coins that cost less than $1,000 each, however, it may not be practical to consult experts or to develop a solid long-term relationship with each seller. Similarly, for many Capped Bust half dimes that are valued below $150 each, dealers will not usually send them to grading services as the grading fees and shipping costs amount to substantial percentages of the values of the respective coins.

Collectors should carefully examine many coins, pose questions to competent dealers and other knowledgeable numismatists, and be prepared to incur some risks. It is not a good idea for a beginner to spend his annual collecting budget in four months. It is best to proceed slowly, learn while collecting and have fun.

Collecting Capped Bust half dimes ‘by date’ is easy and satisfying. Many collectors choose to add major varieties to enhance their sets, especially since these are not very expensive.

For Capped Bust half dimes dating from 1835 to 1837, there are ‘Large 5 C.’ and ‘Small 5 C.’ varieties. The denomination, ‘5 C.,’ is part of the reverse (back) design. As it was then understood that half dimes are predominantly silver, there was not need to include the word ‘silver’ as part of the design. To someone who has spent at least a little time carefully studying the letters and numerals, ‘Large 5 C.’ and ‘Small 5 C.’ varieties are readily apparent without magnification.

There are not obstacles to completing a set of Capped Bust half dimes ‘by date.’ In the current market environment, half dimes that grade from VF30 to AU53 are the best values as they have much detail and cost fractions of the prices of relevant ‘mint state’ coins.

Subscribe to April 2020 edition of CPG Market Review for the industry's most respected pricing and to read more articles just like this.

A good read! Thanks for putting together a nice article that was both interesting and informative. The only suggestion that I can make would be to include the name of any books available on the subject, if any. I know that for Capped Bust Dimes, there is the "Bust Dime, Variety Identification Guide" by Winston Zack, et. al. I don't know if there is something similar available for Capped Bust Half Dimes. There may not be. - Steve N.