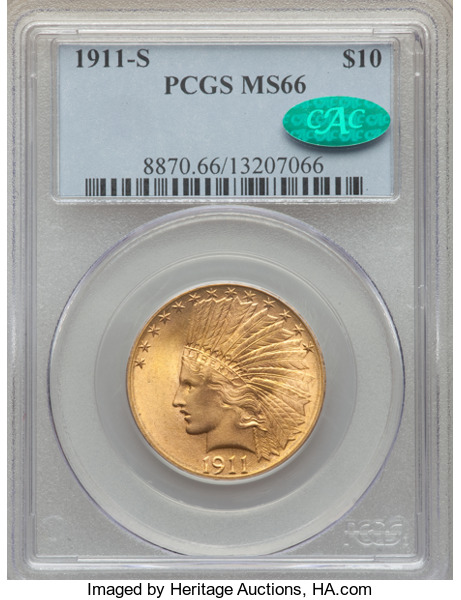 CAC-approved coins — certified coins with a special label from Certified Acceptance Corporation indicating coins of higher quality than normal for their labeled grade — outperformed other certified coins in auctions in California and Internet sales during September. Here are 10 examples, which were selected from a large number of results that could have been listed.