In recent years, CAC coins – those which have been given a seal of approval for exceptional quality from Certified Acceptance Corporation – have made gains at auction. 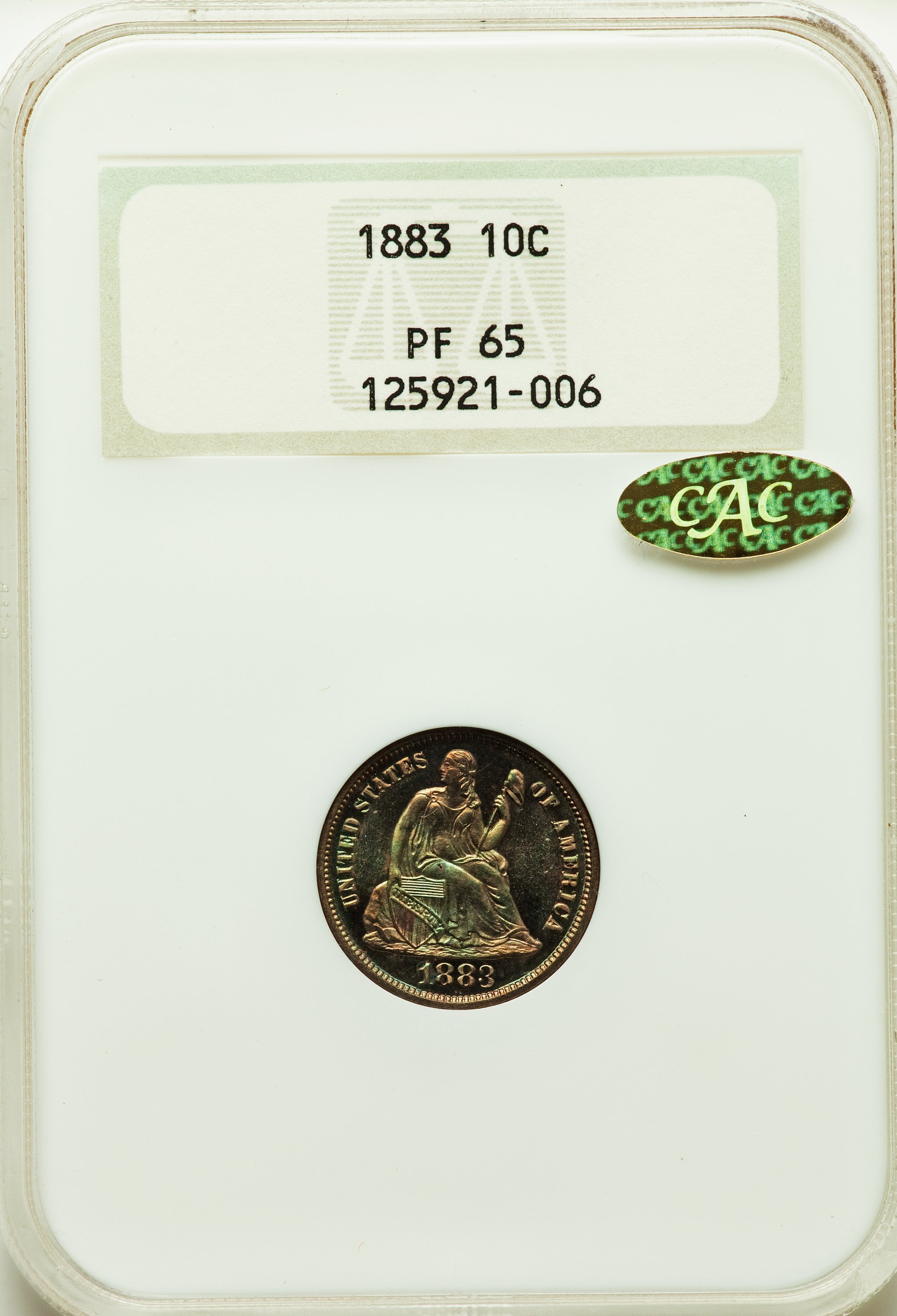 In recent years, CAC coins – those which have been given a seal of approval for exceptional quality from Certified Acceptance Corporation – have made gains at auction. CAC labels coins certified by Professional Coin Grading Service (PCGS) and Numismatic Guaranty Corporation (NGC) and acknowledges the fact that some third-party graded (TPG) coins are better representatives of their respective grade than others awarded the same numerical grade.

CAC was established in Far Hills, New Jersey, in 2007 by numismatic innovator and coin expert John Albanese, who also co-founded PCGS in 1986 and NGC in 1987. CAC awards two types of bean-shaped labels on PCGS- and NGC-slabbed coins, with green labels indicating a coin on the high-end of its grade and gold stickers representing a coin that is virtually certain to receive a higher grade if resubmitted to a TPG.

CAC coins continue to gain appreciation by dealers and collectors, and routinely receive higher bids than similarly graded coins in TPG holders not bearing CAC labels. Here’s a look at 10 CAC coins that hit the auction block in March and their final bids as compared to hammer prices for their similar non-CAC counterparts.

As evidenced, CAC coins are re-crafting the TPG market, creating a situation in which certified coins bearing a CAC label routinely (but not necessarily always) score premiums of 10% to 50% — and often much more – than their “ordinary,” non-CAC counterparts. While CAC coins have been on the marketplace for about a decade, the TPG market is ever evolving and only time will tell if the typical spread between CAC coins and non-CAC coins will remain stable or continue expanding. At the very least, the rundown of final bids for a selection of CAC coins and their non-CAC counterparts serves as an informational peek at this segment of the market and is helpful for understanding the marketplace dynamics as they are now.

My sale of LWH,s at the FUN Heritage sale in 1/18 shows how significant CAC really is! All the coins in my sale were CAC’ed and most importantly at the bottom of each write up the % of coins dubmitted to CAC were “passed” by CAC and the number that were passed that grad higher. An e ample the 1917-D (R) pcgs 65+ \CAC showed only 13% were CAC’ed at 65 with none higher! CAC has been a great addition to deciding which coin to potentially buy