On June 1, the Central States Numismatic Society formally announced the termination of it's contract with long-time General bourse chairman Kevin Foley. Foley has been a part of CSNS events for decades. 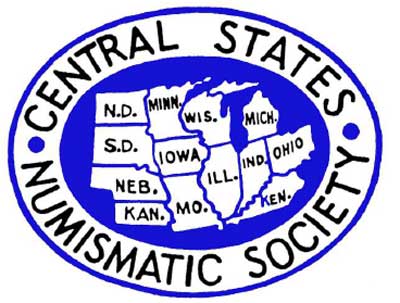 On June 1, the Central States Numismatic Society formally announced the termination of it's contract with long-time General bourse chairman Kevin Foley, as well as Patty Foley's contract. Her title was "Bourse Chairman". It is unknown at this time why the contracts were not renewed as in the past. The Foleys have been a part of CSNS events for decades.

The following is the official statement of the Central States Numismatic Society:

The Central States Numismatic Society's board of governors has decided not to renew Convention Chairman Kevin Foley's contract, which expires June 30.

Foley served as convention general chairman for decades, guiding it to its semi-permanent home in Schaumburg, IL, in 2012 and more recently incorporating elements of the Chicago Coin Fair and the PCDA National Coin and Currency Convention into the Central States convention.

After considerable discussion during a video conference meeting May 30, the board thanked Foley for his service but voted to seek new convention leadership. President Mitch Ernst was tasked with searching for a successor.

The board also voted to eliminate the bourse chairman's position, currently held by Patricia Foley, as a cost-saving move.

Faced with a projected deficit in 2021, the board anticipates trimming convention expenses and replacing some paid staffers with volunteers in an attempt to bring the budget into balance.

The Central States anniversary convention, held each April, is one of the nation's larger coin shows, with nearly 300 dealer booths, an expansive exhibit area and notable auctions. 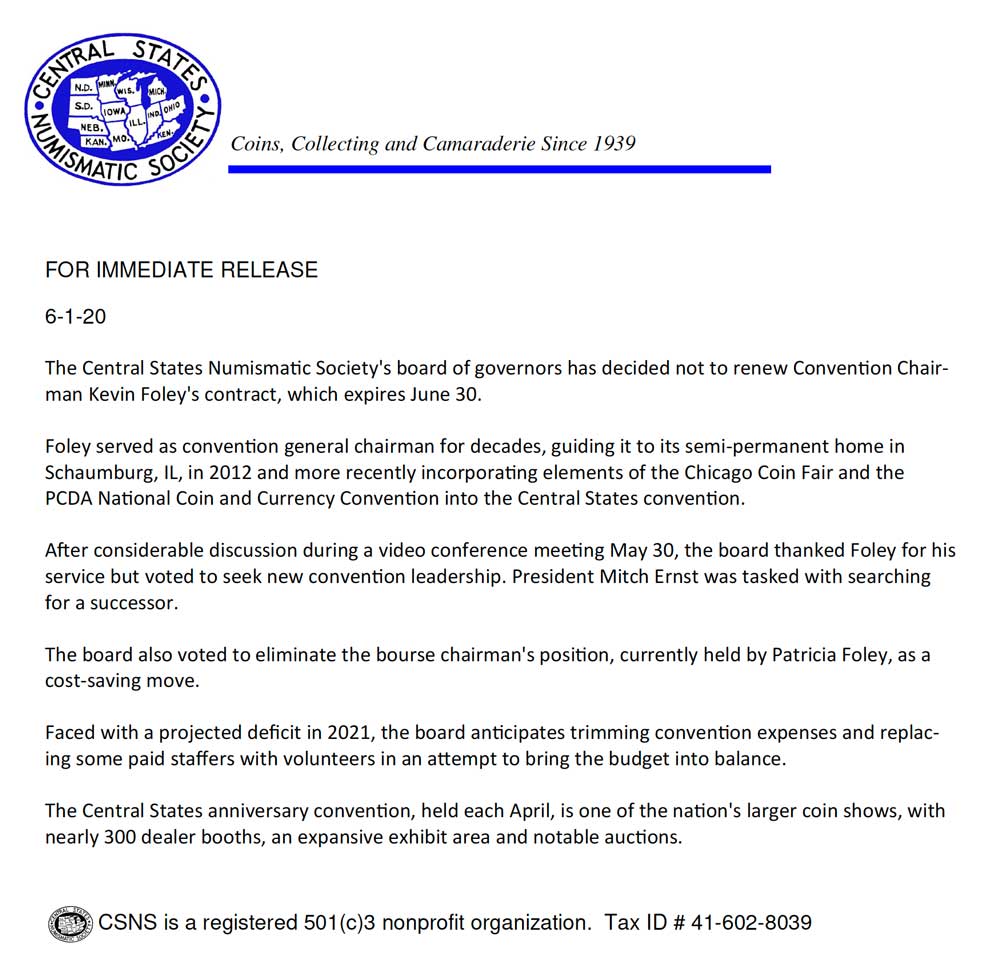