SARASOTA, Fla. (Sept. 25, 2019) — David Motl, who formerly served as the Acting Principal Deputy Director of the US Mint during a particularly innovative time in its hi 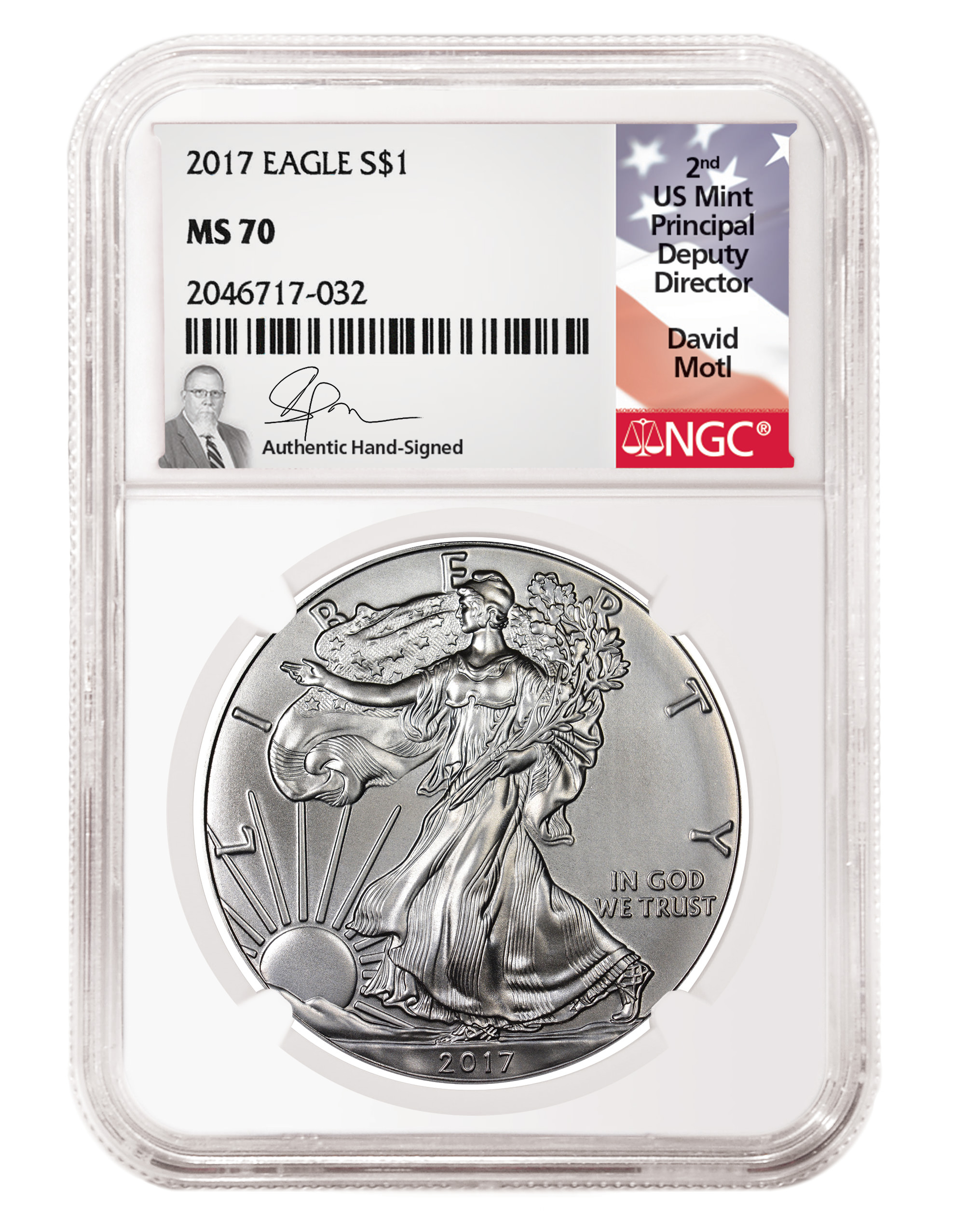 SARASOTA, Fla. (Sept. 25, 2019) — David Motl, who formerly served as the Acting Principal Deputy Director of the US Mint during a particularly innovative time in its history, has agreed to individually hand-sign certification labels exclusively for Numismatic Guaranty Corporation® (NGC®).

Motl became Acting Principal Deputy Director of the US Mint and its senior career official in January 2017, placing him in charge of the Mint until he retired in January 2018. During Motl’s tenure, the Mint celebrated its 225th anniversary, which it commemorated with the American Liberty 225th Anniversary Gold Coin and Silver Medal. The American Liberty Gold Coin went on to win “Best Gold Coin” at the World Money Fair in Berlin in 2019.

Motl also supervised the release of the 2017 American Palladium Eagle, the first palladium coin issued by the United States, as well as the 2017-P Lincoln Cents, the first cents to feature the “P” mintmark. Notably, under his watch the United States Bullion Depository at Fort Knox opened its vault for a rare visit by the Secretary of the Treasury and a congressional delegation.

While at the Mint, Motl received several major distinctions and awards, including the Mint’s Rittenhouse Medal for Excellence in Leadership. The Rittenhouse Medal is the Mint’s highest honor, awarded for sustaining “a superior record of performance that significantly furthered and ultimately improved the bureau’s programs, operations and services.”

“I am proud to collaborate with NGC to highlight the important recent work of the US Mint and to further the narrative of our nation’s history as told through the story of US coins,” says Motl.

NGC Chairman and Grading Finalizer Mark Salzberg adds: “It is an honor to collaborate with a leading numismatic innovator like David Motl. An NGC Authentic Hand-Signed Label featuring his signature is a distinguished way to enhance any coin.”

NGC Authentic Hand-Signed Labels pair an influential person’s autograph with a coin to create a one-of-a-kind collectible. The diverse roster of people who have signed NGC labels includes John M. Mercanti, the 12th US Mint Chief Engraver; Edmund C. Moy, the 38th US Mint Director; and Randy’L Teton, the model for the Sacajawea dollar.

NGC is the world’s largest and most trusted third-party grading service for coins, tokens and medals, with more than 44 million collectibles certified. Founded in 1987, NGC provides an accurate, consistent and impartial assessment of authenticity and grade. Every coin that NGC certifies is backed by the comprehensive NGC Guarantee of authenticity and grade, which gives buyers greater confidence. This results in higher prices realized and greater liquidity for NGC-certified coins. To learn more, visit NGCcoin.com