David Versus Goliath / The Coin Collector versus The United States Mint

The United States Mint is heading down a path of slow destruction. The solution is simple, and the implementation is doable. Pay attention to the little guy if you want to survive. 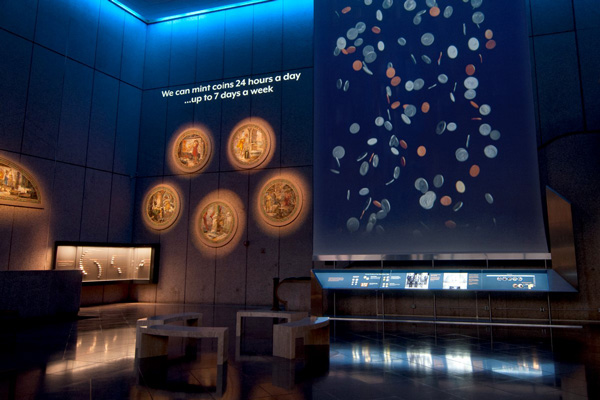 I have been collecting coins for over fifty years now. My father started buying coins from United States Mint back in the 1970s. The good old days when you had to mail in an order form and a check. And then wait for your coins to arrive sometime in the future.

I also tried stamp collecting back in the 1980s. I loved the beautiful artistry the Bureau of Engraving and Printing used for postage stamps. But, quickly, they became the equivalent of shrink-wrapped trinkets. I became overwhelmed. In the 1990s, I looked at collecting sports cards but felt overwhelmed by the quantities and underwhelmed by the quality.

Fast forward to the 1990s. If a little is good, a lot must be better. The mint issued forty-four different coins between 1995 and 1996 in various designs, mint marks, finishes and sets. This had to stop! Finally, in the 1990s, a law was passed to limit the production of commemorative coins to two events or people per year. However, this law did not restrict the combinations of finishes and mint production facilities where coins could be produced.

Today, The United States Mint has a select group of dealers who can purchase in bulk quantities. A Freedom of Information Act requiring the mint to release the dealers participating in bulk purchases was denied. We don't know who these dealers are, but we can guess. However, we know that they have an unfair advantage over the common coin collector. The mint is losing sight of the final purchaser of their products: the everyday coin collector!

Savvy collectors can sit by their computers and wait for 12:00:01.00 pm to order their limited production coins. However, a cross-section of coin collectors are not tech-savvy and do not know how to play the "browser game." Other coin collectors, like me, have to work for a living and may not be available at the chosen time to acquire a limited edition issue.

Order limits are also not in touch with reality. Allowing a household limit of three or ten units is absolutely absurd for limited availability sets. This will enable dealers to "hire" proxy purchasers to obtain the units they need for their inventory. This army of minions overwhelms the common everyday man that wants just one coin for their collection.

A Rose by Any Other Name

The United States Mint has made extraordinary steps to increase the artistic qualities of its product. Given, there have been a couple of flubs, especially in the state quarters program. However, the use of the Artistic Infusion program has given new life to the artistic design of U.S. coins.

Where the mint falls short is with the subtle qualities of their product. For example, the 2016 Gold Mercury dime did not have full bands. Even a novice collector knows that a Mercury dime with full bands is a cherished possession. Personally, I was disappointed with the finish on the Morgan dollar. Prized Morgan dollars have the cartwheel effect where the light dances across and around the coin's finish. The matte finish of the coin made it dull and boring. An advanced Morgan dollar collector would be ashamed to have this coin in their collection.

Finally, when will we ever run out of dead presidents to put on our coinage. True, the latest series of quarters and dollars commemorate a diverse cross-section of America. However, we have immortalize dead presidents on our coins for more than 100 years in some cases. It's time to return to symbolic representations of liberty and freedom. The classic designs of American coinage featured these emblematic designs and they are some of the most cherished possessions in coin collections today.

Back to the Future!

The decision-makers of the United States mint need to leave their lofty towers and start visiting some small-town coin shows. True, the larger ANA conventions and alike draw many collectors. However, it is not the everyday man working for a living trying to scrape enough money together to buy a few prized coins. Large coin dealers may buy in bulk, but they are not the end purchaser. The mint needs to start listening to the common collector where their coins eventually end up.

This boils down to a single problem: the ordering system! The current ordering system is not in touch with reality and favors large bulk buyers over the common coin collector. Ticketing agencies for sports and entertainment events have implemented a fair and equitable distribution system for issuing tickets to events. The United States Mint needs to do the same. Without this, they will never have a satisfied customer base. Maybe they should visit L.L. Bean to discover how to build a satisfied customer base.

Just as in the Bible, David slays the giant Goliath with a slingshot and a single stone. The same will hold true for The United States Mint. Dealers do not collect coins; coin collectors are the end of purchasers. If the United States Mint destroys this collector base, nobody will buy coins from the dealers or the mint. The three keys to customer satisfaction are service, service, and service. Until the mint starts discerning the needs and wants of the collector, they are destined to fail, and once again, David will be victorious.