The personal 1916 Standing Liberty quarter owned by designer Hermon MacNeil will be on display at the ANA National Money Show. 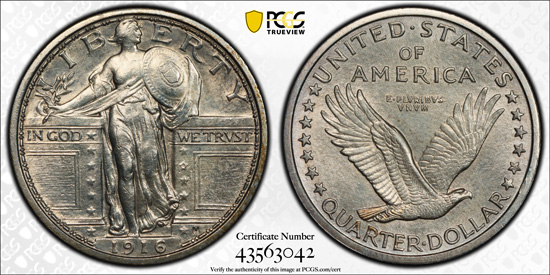 The Standing Liberty quarter was designed by Hermon MacNeil and was minted from 1916 to 1930. An exciting development at the FUN Convention in Orlando earlier this year was the reappearance of MacNeil’s own Standing Liberty quarter, which is reportedly the first one struck. Later, PCGS graded this 1916 quarter as AU-58 and featured the term “MacNeil Specimen” on the label inside the PCGS holder. It will be displayed by the DFW Coin & Jewelry Center at the upcoming ANA National Money Show at The Broadmoor in Colorado Springs, March 10 to 12. 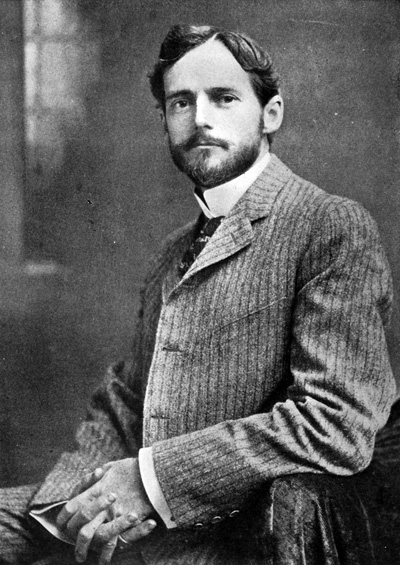 Kris Oyster of DFW Coin & Jewelry Center purchased this quarter in a Capital Plastics holder at the FUN Convention in January and had it in a PCGS holder at the Long Beach Expo in February. This quarter is accompanied by two documents with notarized signatures, which relate to its provenance since it was received by MacNeil.

Hermon MacNeil’s first name is spelled without an ‘a.’ He was born in 1866 in Massachusetts and died in 1947 in New York. In 1966, a New York City park in College Point, Queens, was named in his honor.

MacNeil’s large works can still be viewed at various public places around the United States. His Pony Express statue in St. Joseph, Missouri, is extremely popular. His trio of statues, “Guardians of Liberty,” are located at the east pediment of the U.S. Supreme Court building in Washington. MacNeil’s statue of Ezra Cornell at Cornell University is important to that institution. A MacNeil sculpture, “Intellectual Development,” in front of a gymnasium at Northwestern University is very much reminiscent of the female figure of liberty on the Standing Liberty quarter.

MacNeil presented his own 1916 Standing Liberty quarter to his step-daughter, Dorothy Muenich. She was married to W. H. Schuling.

On Aug. 10, 1962, Schuling’s signature was notarized on a statement that this quarter was the “first of its type off the press”! In addition to a notary, two other people witnessed Schuling sign this document, which was intended to accompany the coin from 1962 on, and still does.

Another notarized document reveals that a collector purchased this Standing Liberty quarter at the 1964 ANA Convention in Cleveland, in front of a dealer from Houston who is named in the document. In addition to the notary, another witness signed this second document, which is recently dated, “December 20, 2021.” There is thus a lineage from Hermon MacNeil to the present.

Kris Oyster, proprietor of DFW Coin & Jewelry Center, “may consider putting the coin up for auction at a later date but wants to enjoy it for the time being as well as displaying it for others to see at coin shows.”

The two notarized documents explained above accompany the coin and will be part of the display. Oyster is thrilled about “owning the first Standing Liberty quarter!”

Oyster may be reached by email, KOyster@live.com, or through the DFW Coin & Jewelry Center website, www.dfwcjc.com.