The new president was voted in my a slim margin of just 17 votes! 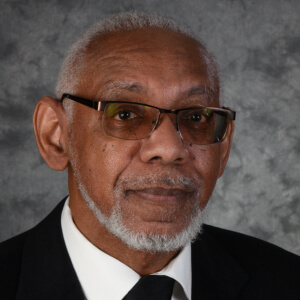 Voting members of the American Numismatic Association (ANA) have chosen a new president and vice president, and soon will be welcoming three new individuals and six incumbents to its Board of Governors for the 2021-23 election term.

Mary Lynn Garrett was the top vote receiver. Vice President-elect Joseph E. Boling ran unopposed. In accordance with ANA bylaws, ballots for uncontested offices are not tabulated. Only the first vote is counted.*

In the event that a board member cannot fulfill their term, the runner-up will fill the vacant seat for the remainder of the two-year term.

The new board will be sworn-in at the annual ANA Banquet on August 13, at the World's Fair of Money® in Rosemont, Ill. Ross will become the Association's 62nd president, succeeding current President Col. Steven Ellsworth, who will serve as a non-voting, ex-officio member of the board.

ANA members had the option to vote by either electronic or paper ballot. Out of 5,560 total votes, 3,720 were cast by paper ballot while another 1,840 members voted electronically, representing 33.09 percent of votes cast.

The American Numismatic Association is a congressionally chartered, nonprofit educational organization dedicated to encouraging the study and collection of coins and related items. The ANA helps its nearly 28,000 members and the public discover and explore the world of money through its vast array of educational and outreach programs, as well as its museum, library, publications and conventions. For more information, call (719) 632-2646 or visit money.org .