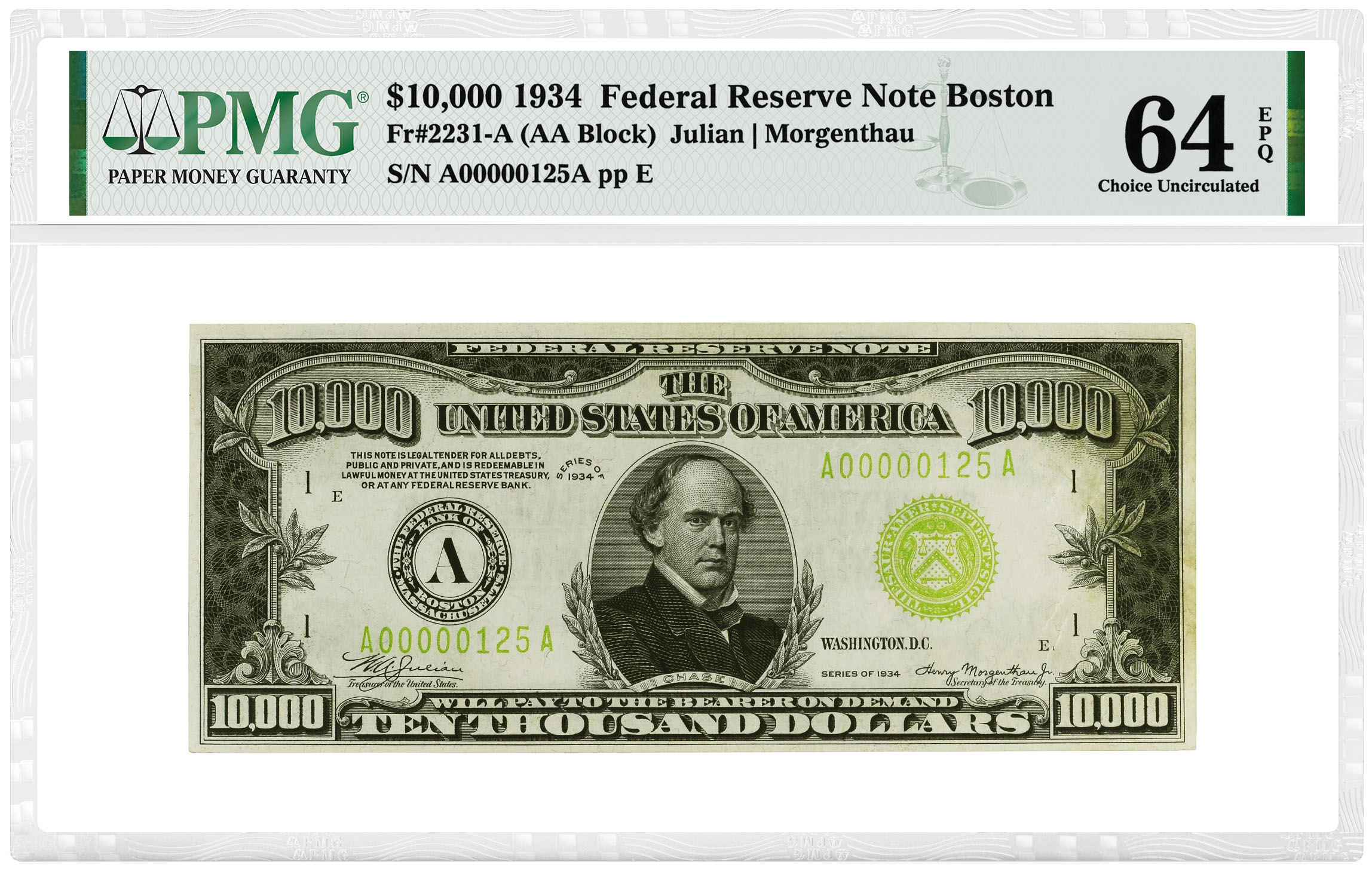 Eight PMG-certified Lots Each Realize Over $100,000 at Heritage Sale

An impressive eight lots certified by Paper Money Guaranty® each realized over $100,000 in the Heritage Auctions US Currency Signature Auction held on August 3, 2020. They included three uncut sheets from the outstanding Monarch Collection as well as five high-denomination Federal Reserve Notes. 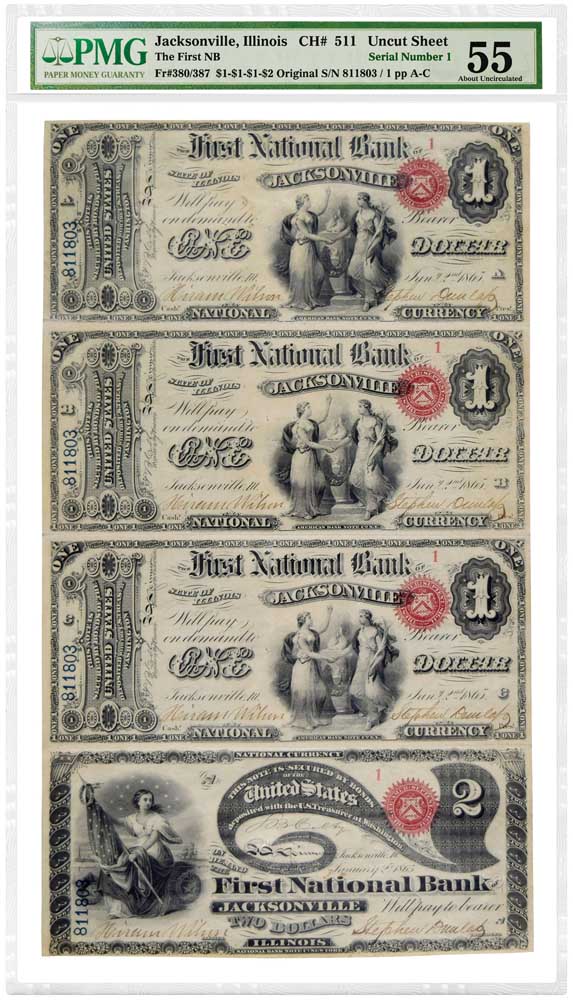 An uncut sheet of Original Series National Bank Notes ($1, $1, $1 and $2) graded PMG 55 About Uncirculated realized $144,000. Considered the "Holy Grail" of National Bank Notes, this is the only First Charter Serial Number 1 sheet known.

In fact, 23 of the top 25 lots were certified by PMG, a resounding reflection of the market’s preference for PMG’s expert and impartial certification.

The top banknote in the auction was an incredibly rare 1934 $10,000 Federal Reserve Note (Boston) graded PMG 64 Choice Uncirculated EPQ that realized $216,000. The note features Salmon P. Chase, who was Treasury Secretary from 1861 to 1864 under President Lincoln. Only about 200 of the 1934 $10,000 notes across all district are known to still exist, and this is one of the highest graded.

Meanwhile, three of the greatest uncut sheets of US banknotes in existence also realized six figures. These sheets, from the incredible Monarch Collection, were led by an uncut sheet of four 1901 $10 “Bison” Legal Tender Notes graded PMG 65 Gem Uncirculated EPQ that realized $156,000.

This sheet is pedigreed to the collection of former Register of the Treasury Harley V. Speelman. His signature is one of the two on these notes, which feature the venerable bison that gave them their nickname. This particular uncut sheet is one of only two known and the only one in private hands.

An uncut sheet of Original Series National Bank Notes ($1, $1, $1 and $2) graded PMG 55 About Uncirculated realized $144,000. Considered the "Holy Grail" of National Bank Notes, this is the only First Charter Serial Number 1 sheet known.

Authorized by the federal government amid the economic turmoil during and after the Civil War, these particular notes were issued by a bank in Jacksonville, Illinois – a city just west of the capital of Springfield. This sheet is pedigreed to the prestigious Grinnell Collection.

Another uncut sheet – four 1899 $5 Silver Certificates graded PMG 67 Superb Gem Uncirculated EPQ – realized $108,000. Like the Bison sheet, this one is also pedigreed to Speelman and has his signature on the notes.

"PMG is honored to have certified nearly all of the lots in this sale," said Mark Salzberg, PMG Chairman. "PMG certification gives bidders confidence, whether they are bidding in person, on the phone or online."

Prices realized include buyer's premium and are expressed in US dollars.