Glenna Goodacre, Designer of Sacagewea Dollar, Passes Away at 80

Famous American sculptor Glenna Goodacre, known in numismatic circles as the designer of the Sacagawea dollar which was first issued in the year 2000, passed away at the age of 80 on April 13th, 2020. 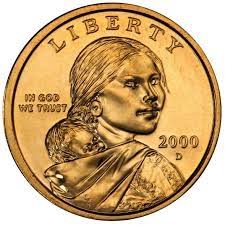 Glenna Goodacre, Designer of Sacagewea Dollar, Passes Away at 80

Glenna Goodacre, designer of the obverse of the Sacagawea dollar, died April 13 at her home in Santa Fe, N.M. She was 80. Her death was announced on Instagram by Ms. Goodacre’s son-in-law, singer Harry Connick Jr., the husband of actress and former Victoria’s Secret model Jill Goodacre Connick.

Ms. Goodacre painted portraits before refashioning herself as a sculptor, working with clay from her Santa Fe studio despite no formal training in the medium. In a field long dominated by men, she became a prominent creator of public statues and memorials, accepting commissions from across the country even as some critics dismissed her work as saccharine or simplistic. She had gone to art school when abstraction dominated, but she said she preferred figurative works and had little interest in pieces that could horrify or disturb. “I like art you can live with,” she added.
The Sacagawea dollar was carried in the pocket of millions of Americans after the gold coin went into circulation in 2000, replacing the Susan B. Anthony dollar. Ms. Goodacre’s design showed Sacagawea, the Shoshone interpreter who accompanied Lewis and Clark, with her infant son. The U.S. Mint paid her $5,000 commission in sacks of the gold coins.

Ms. Goodacre was also very well known for the Vietnam Women’s Memorial, a 6-foot-8 bronze sculpture of three uniformed women and a wounded serviceman, which has emerged as a refuge and gathering place for veterans, families and friends of the roughly 265,000 military women of the Vietnam era. About 10,000 women served in the country itself, including as nurses and intelligence analysts. It was dedicated on Veterans Day in 1993.

Goodacre was raised in the Texas Panhandle, where she was born Glendell Maxey in Lubbock, Tex., on Aug. 28, 1939. Her mother was a homemaker, her father a real estate developer who was elected to the city council. She studied painting and zoology at Colorado College, thinking that she might parlay her skills as an “accurate draftsman of frog guts” into a career as a medical illustrator. But after receiving her bachelor’s degree in 1961, she married William Goodacre, a Canadian-born hockey player she met at school, and settled down to raise two children.

In addition to her husband, of Santa Fe, and her daughter, of New Canaan, Conn., survivors include a son, Tim Goodacre of Boulder; and five grandchildren.