The results of the Legend Regency XXIII auction magnified the extreme disparity that currently exists in the market for classic, pre-1933 United States gold coins. On o 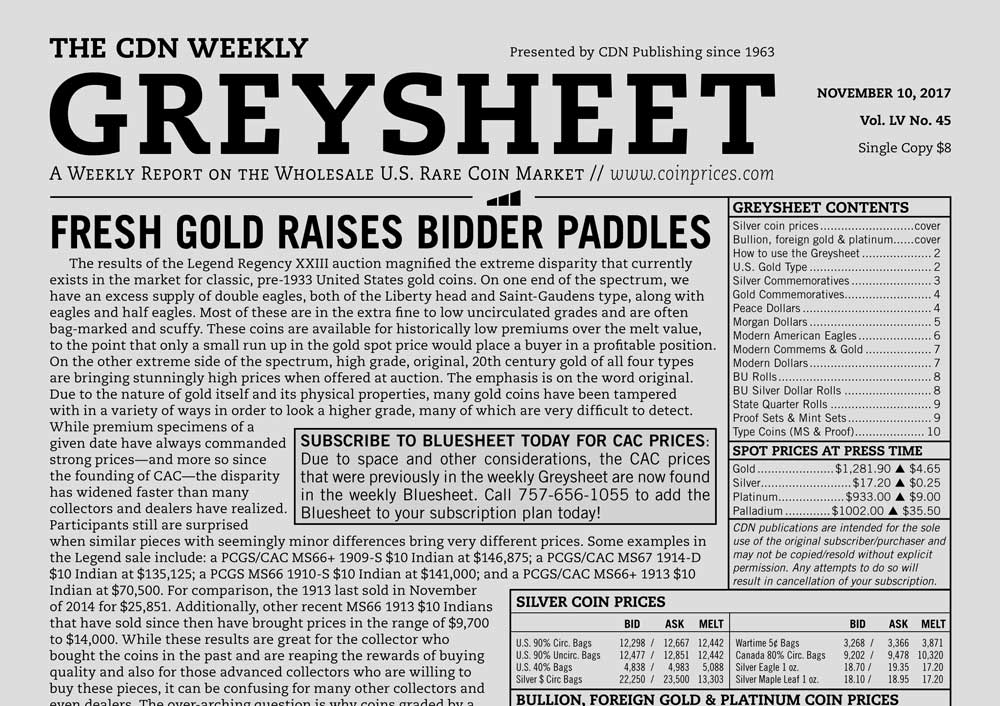 The results of the Legend Regency XXIII auction magnified the extreme disparity that currently exists in the market for classic, pre-1933 United States gold coins. On one end of the spectrum, we have an excess supply of double eagles, both of the Liberty head and Saint-Gaudens type, along with eagles and half eagles. Most of these are in the extra fine to low uncirculated grades and are often bag-marked and scuffy. These coins are available for historically low premiums over the melt value, to the point that only a small run up in the gold spot price would place a buyer in a profitable position. On the other extreme side of the spectrum, high grade, original, 20th century gold of all four types are bringing stunningly high prices when offered at auction. The emphasis is on the word original. Due to the nature of gold itself and its physical properties, many gold coins have been tampered with in a variety of ways in order to look a higher grade, many of which are very difficult to detect. While premium specimens of a given date have always commanded strong prices—and more so since the founding of CAC—the disparity has widened faster than many collectors and dealers have realized. Participants still are surprised when similar pieces with seemingly minor differences bring very different prices. Some examples in the Legend sale include: a PCGS/CAC MS66+ 1909-S $10 Indian at $146,875; a PCGS/CAC MS67 1914-D $10 Indian at $135,125; a PCGS MS66 1910-S $10 Indian at $141,000; and a PCGS/CAC MS66+ 1913 $10 Indian at $70,500. For comparison, the 1913 last sold in November of 2014 for $25,851. Additionally, other recent MS66 1913 $10 Indians that have sold since then have brought prices in the range of $9,700 to $14,000. While these results are great for the collector who bought the coins in the past and are reaping the rewards of buying quality and also for those advanced collectors who are willing to buy these pieces, it can be confusing for many other collectors and even dealers. The over-arching question is why coins graded by a service(s) who’s job it is to grade coins accurately and consistently can be so different in what they are worth? To this end it is clear that the grading services have been grading tighter in recent months, which is necessary to maintain a somewhat healthy and steady market.

We note some softness in the non-CAC levels of generic (type) issue to slightly better date Morgans this week, including the more common Carson City issues. It would appear that there is still more supply than demand in this area.

Slightly higher bids have been posted for clad state quarters.