In one of the more anticipated Long Beach Expo events in many years, this year’s February 22–24 Expo is notable for several major events. For starters, this show featur 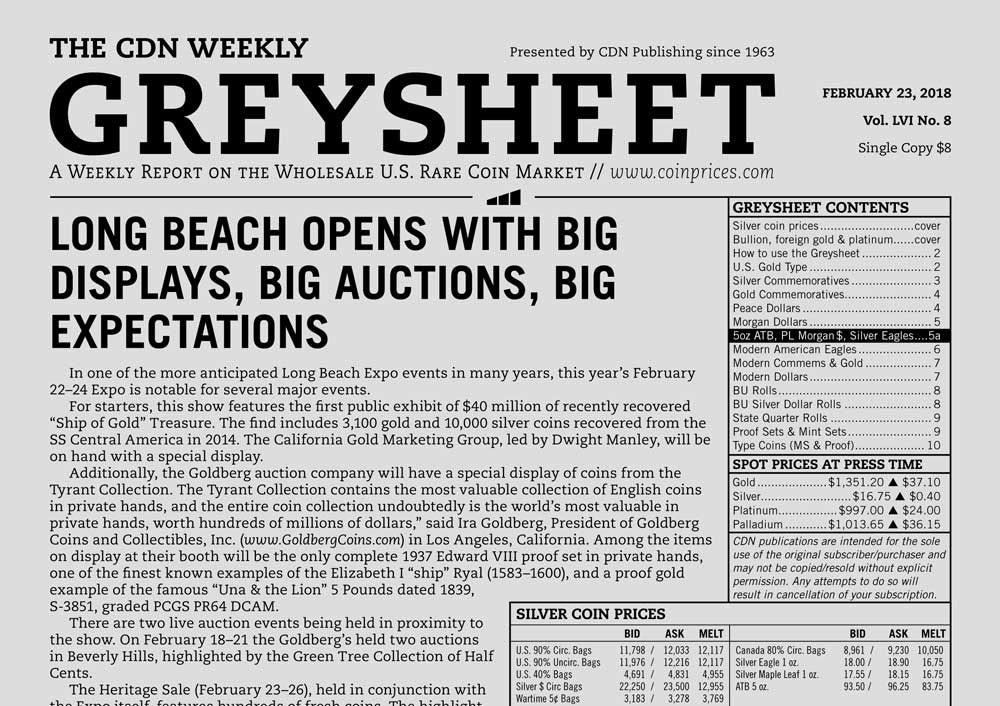 In one of the more anticipated Long Beach Expo events in many years, this year’s February 22–24 Expo is notable for several major events.

For starters, this show features the first public exhibit of $40 million of recently recovered “Ship of Gold” Treasure. The find includes 3,100 gold and 10,000 silver coins recovered from the SS Central America in 2014. The California Gold Marketing Group, led by Dwight Manley, will be on hand with a special display.

Additionally, the Goldberg auction company will have a special display of coins from the Tyrant Collection. The Tyrant Collection contains the most valuable collection of English coins in private hands, and the entire coin collection undoubtedly is the world’s most valuable in private hands, worth hundreds of millions of dollars,” said Ira Goldberg, President of Goldberg Coins and Collectibles, Inc. (www.GoldbergCoins.com) in Los Angeles, California. Among the items on display at their booth will be the only complete 1937 Edward VIII proof set in private hands, one of the finest known examples of the Elizabeth I “ship” Ryal (1583–1600), and a proof gold example of the famous “Una & the Lion” 5 Pounds dated 1839, S-3851, graded PCGS PR64 DCAM. 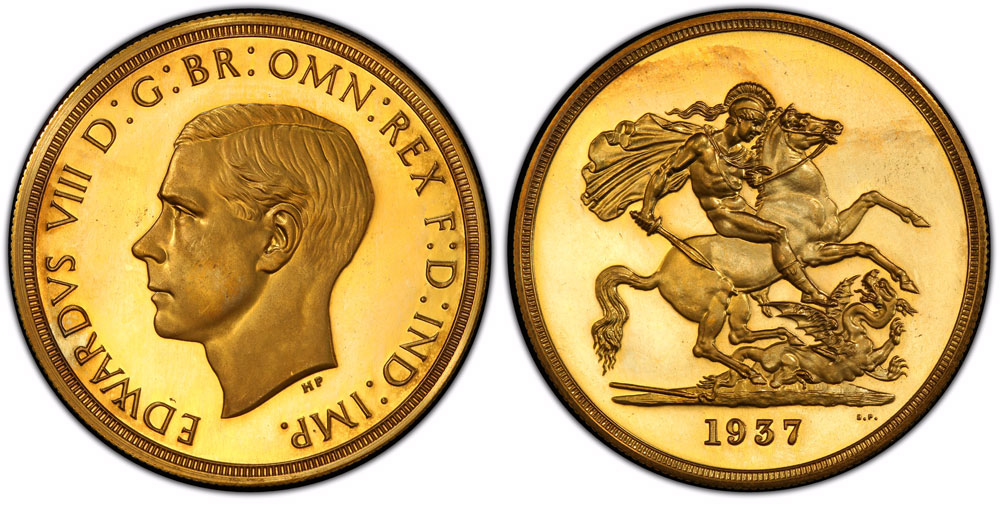 There are two live auction events being held in proximity to the show. On February 18–21 the Goldberg’s held two auctions in Beverly Hills, highlighted by the Green Tree Collection of Half Cents.

The Heritage Sale (February 23–26), held in conjunction with the Expo itself, features hundreds of fresh coins. The highlight to this sale is the Admiral Collection of $10 gold eagles. There are numerous coins here that rarely see the light of day in any condition. The collection spans 1795–1907 and is sure to effect numerous value changes in our March edition of Quarterly III.

Visitors to the show can also expect the usual 400+ dealers in attendance with extensive inventories of all ranges.

The 2018 Native American $1 coin is now available from the US Mint. The reverse features Jim Thorpe, the best athlete of the early 20th century. Thorpe, a Sac and Fox Native American, won gold medals in the pentathlon and decathlon at the 1912 Olympic games in Stockholm, and was a two-time college football All-American while playing for famous coach Pop Warner. He also played major league baseball and football in what became the National Football League in 1922. He is a member of both the National Football and College Football Halls of Fame.