We write this article from the floor of the World’s Fair of Money in Denver, where attendance has been overall tepid from a retail traffic point of view. However, despi 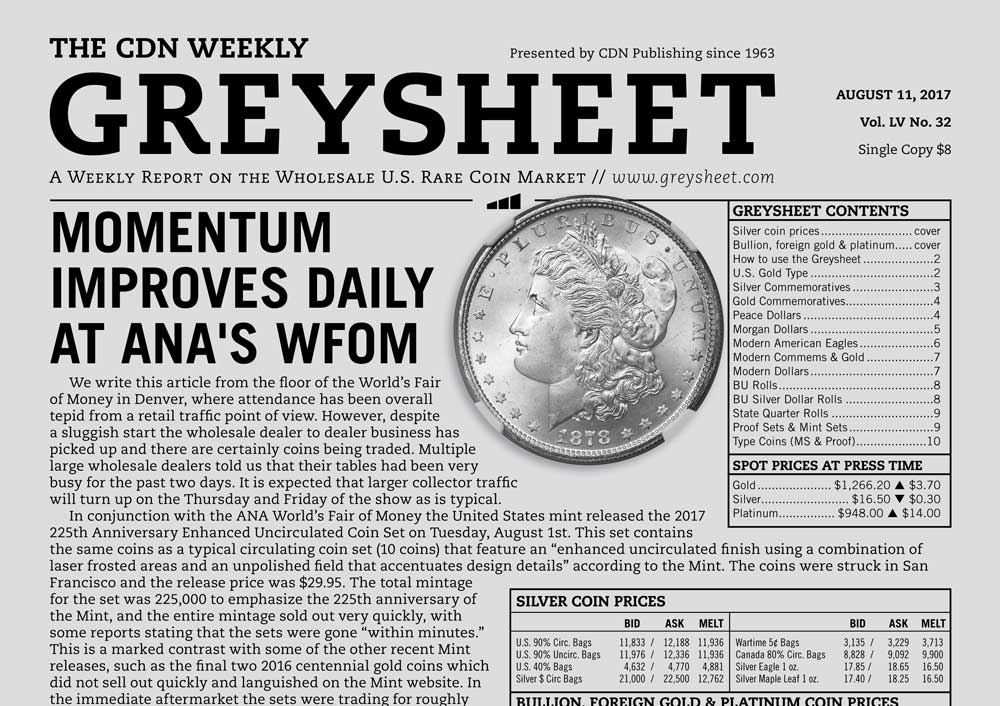 We write this article from the floor of the World’s Fair of Money in Denver, where attendance has been overall tepid from a retail traffic point of view. However, despite a sluggish start the wholesale dealer to dealer business has picked up and there are certainly coins being traded. Multiple large wholesale dealers told us that their tables had been very busy for the past two days. It is expected that larger collector traffic will turn up on the Thursday and Friday of the show as is typical.

In conjunction with the ANA World’s Fair of Money the United States mint released the 2017 225th Anniversary Enhanced Uncirculated Coin Set on Tuesday, August 1st. This set contains the same coins as a typical circulating coin set (10 coins) that feature an “enhanced uncirculated finish using a combination of laser frosted areas and an unpolished field that accentuates design details” according to the Mint. The coins were struck in San Francisco and the release price was $29.95. The total mintage for the set was 225,000 to emphasize the 225th anniversary of the Mint, and the entire mintage sold out very quickly, with some reports stating that the sets were gone “within minutes.” This is a marked contrast with some of the other recent Mint releases, such as the final two 2016 centennial gold coins which did not sell out quickly and languished on the Mint website. In the immediate aftermarket the sets were trading for roughly double, with many sold at $58.99. 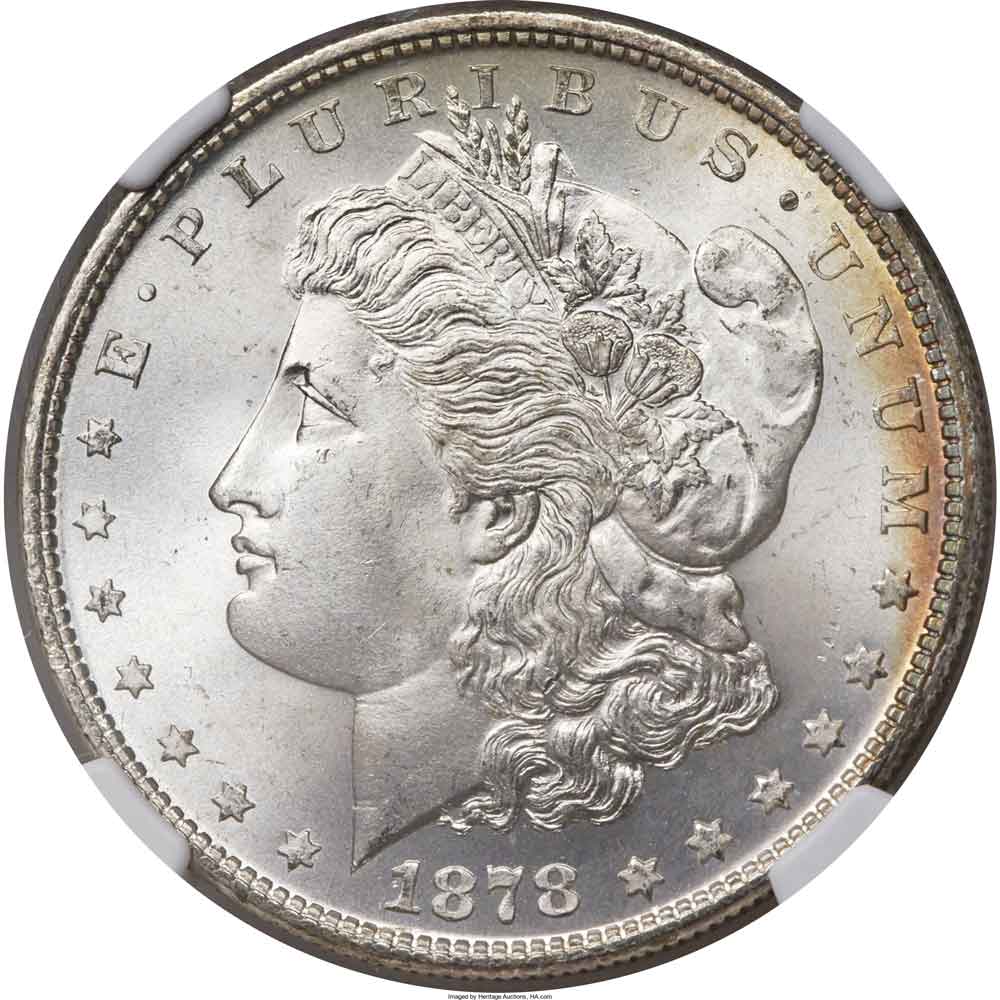 The gold spot price has been extremely flat the past week, continuing the very low volatility that has marked the worldwide equity markets. This has caused market makers in generic certified gold to pull back their bids slightly this week. One area of focus at the moment is MS65 Saints, which have been trading in an increasingly polarized market. Generic common dates are currently experiencing an oversupply situation, while premium quality better dates are nearly impossible to find. This creates pricing difficulties as the spreads get wider.

There was a notable silver dollar sold during the Heritage Platinum Night session, when the first ever MS67 certified 1878 7 Tailfeathers Reverse of ’79 was sold. Graded by NGC, this sole finest known brought $37,600.