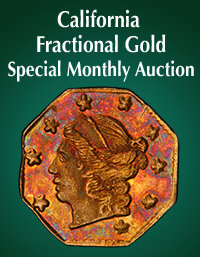 Tiny coins with a big impact, these pieces of Gold Rush history recall the "49ers" and the early days of precious metals in the Old West. 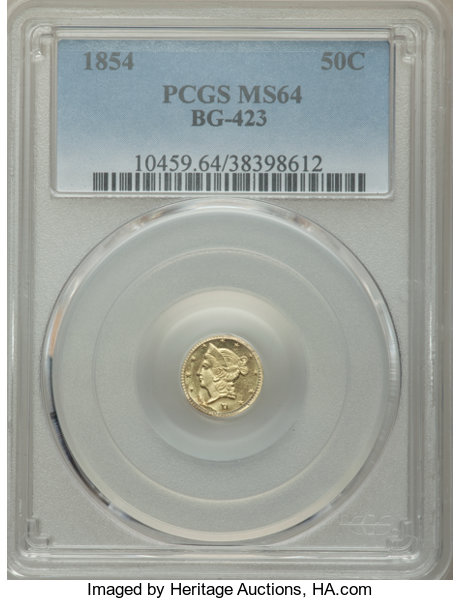 Heritage Auctions will be offering a special, themed Monthly Auction June 15 that focuses on California Fractional gold coins --tiny coins with a big impact. These pieces of Gold Rush history recall the "49ers" and the early days of precious metals in the Old West.

These coins--which were thinner and smaller than a dime--were created to solve the lack of coinage in circulation that occurred when gold was found in the West in the 1840s and 50s. While there were not enough coins to keep commerce running smoothly (as the West was far from most of the operational mints creating coins at the time and "off the beaten path" for most trade), there was plenty of gold metal--mostly impractical gold dust.

Enterprising groups turned this raw metal into small but powerful coins known today as California Fractional gold. These were mainly denominated as 25 Cents, 50 Cents, or One Dollar. The monthly auction in June will have a great assortment of these pieces. The values range from around $200 up to thousands for rare varieties or high grades, so there will be something for everyone who wants to "strike gold."