Heritage Auctions to offer the historic, and unparalleled, Donald G. Partrick Collection Featuring not One, but Two, Brasher Doubloons

Series of auctions will feature the greatest U.S. colonials ever assembled – including Brasher New York-style doubloon, the world’s most famous numismatic rarity

Heritage Auctions to offer the historic, and unparalleled, Donald G. Partrick Collection Featuring not One, but Two, Brasher Doubloons 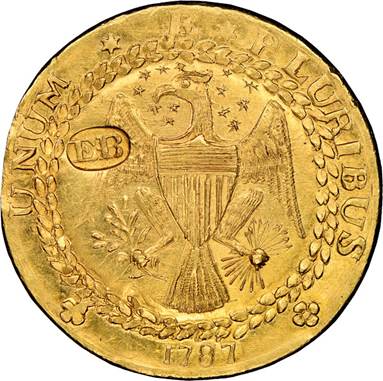 The Patrick Collection features two examples of the famous Brasher doubloon, including this example with the EB counterstamp on the reverse.

DALLAS, Texas (August 10, 2020) – Heritage Auctions will offer the Donald G. Partrick Collection in a series of auctions over the next year, making available one of the most historic collections of American colonial coins ever assembled.

Partrick spent five decades diligently acquiring only the finest pieces of American history with the assistance of trusted advisor Jon Hanson, and as a result, his is arguably the most significant gathering of early U.S. colonial coins ever assembled.

“This is a legendary collection assembled by a true numismatic connoisseur with tremendous resources and a great eye that few if any collectors of his day could match," said Heritage Auctions’ Co-Chairman Jim Halperin.

Heritage will hold multiple sales featuring Partrick’s unparalleled collection. Two Partrick Platinum! events are among the sales scheduled: The first will be held in January in conjunction with the FUN Platinum Night Sale and feature colonial rarities, and the second will take place in April in tandem with the CSNS Platinum Night Sale featuring additional colonial rarities and half cents.

“It’s absolutely a thrill to handle this collection – and even a little overwhelming,” said Heritage Auctions Senior Numismatist Mark Borckardt, who in March was named 2020 Numismatist of the Year by the American Numismatic Association. “The Partrick Collection represents the pinnacle of my numismatic career as it pertains to early American copper and colonial coins. I’ve never seen anything better than this.”

In part, that’s because this series of sales will include two Brasher doubloons – including the 1787 New York-style Brasher Doubloon from the Garrett Collection, graded MS65★ NGC.

For decades, this has been widely hailed as the finest of all the surviving 1787 Brasher doubloons, of which there are but seven bearing New York gold and silversmith – and George Washington’s neighbor – Ephraim Brasher’s EB counterstamp. This extraordinary coin was rescued in 1848 from the coffers of a New York bullion broker by Salem, Mass., numismatist Matthew Stickney.

This 233-year-old coin has been sold publicly only twice: first at Henry Chapman’s landmark 1907 sale of the Matthew Stickney Collection, and again in November 1979, when Partrick acquired the coin from the sale of the Garrett Collection. Each time, it broke the previous world record for any coin ever sold at auction.

“The New York-style Brasher Doubloon is probably the world’s most famous numismatic rarity. It held the record as the world’s most valuable coin for well over a decade after selling at the November 1979 Garrett Collection auction for the then-astonishing price of $725,000,” Halperin said. “Of course, today, that seems like an incredible bargain.”

Heritage will also offer a Lima-style Brasher doubloon, of which there are but two known examples. As befitting Partrick’s quintessential collection, it is the finest known.

The Lima-style doubloon, dated 1786, was Brasher’s first creation of a circulating gold coin, and he used as his model the 1742-dated eight escudos struck at the mint in Lima, Peru – “a coin that was widely circulated in the U.S. at the time,” Borckardt said

Partrick’s Lima-style Brasher doubloon was discovered in 1914, and has not been publicly offered since it appeared in the Garrett Collection Sale four decades ago.

The Donald G. Partrick Collection series of sales is defined by its highlights, of which there are hundreds.

They include the Finest Uncirculated Silver Getz Pattern of the 1792 Washington Half Dollar, graded MS63 NGC.

These patterns were produced in silver and copper by engraver Peter Getz of Lancaster, Pa. Getz struck these pieces to provide a demonstration of his abilities in the hope of obtaining a coinage contract with the newly established U.S. Mint. But George Washington abhorred the idea of his portrait featured on a coin, deeming it too “monarchical.” That led to the production of only a handful of these silver Washington Half Dollars.

It should come as no surprise that Partrick owned the very finest example.

The series of sales from the Donald G. Partrick Collection will commence with a special monthly auction of Connecticut coppers opening October 2 and closing November 1. It will feature more than 300 different varieties. These were issued under the authority of the State of Connecticut from 1785 to 1788, with more than 360 varieties known altogether.

“And here, we have more than 300, which is an extremely rare accomplishment,” said Borckardt. “Three hundred is the magic number for collectors of Connecticut coppers. If you reach that, you have arrived.”

The sales will also feature more than 1,500 political and merchant tokens dating from the early days of the 19th century, including one of the two known examples of Low-50, the American Silver 25-cent token. There is also a vast selection of counterstamped coins, including a Benjamin Franklin Civil War token obverse stamped on a Draped Bust silver dollar.

It will be one historical rarity after the other throughout the coming months, beginning October 2.

“Everything about the Donald G. Partrick Collection is unprecedented,” said Borckardt. “From the scope and breadth to the quality. It is historic in every aspect, and this is truly a once-in-a-lifetime opportunity.”

I am pretty sure I have a 1792 Getz pattern half dollar that is copper... I have 5 actually.