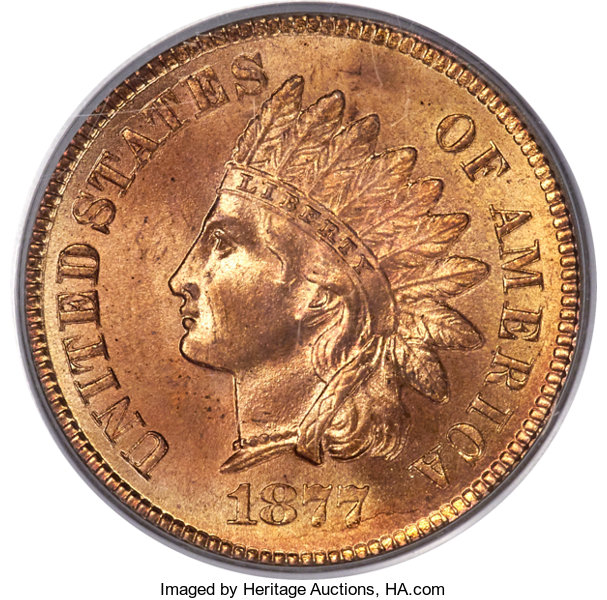 Acclaimed, award-winning Castle Collection will have a spotlight at ANA in August DALLAS, Texas (June 5, 2019) – Heritage Auctions is honored to announce it has been ch


Acclaimed, award-winning Castle Collection will have a spotlight at ANA in August

DALLAS, Texas (June 5, 2019) – Heritage Auctions is honored to announce it has been chosen to present The Castle Collection of Indian Cents – the world’s finest examples obtainable of this widely collected 19th century set  – at the ANA’s World’s Fair of Money in August. The Castle Collection is estimated to bring seven figures when it makes its auction debut, based on its completeness and rare issues in extraordinary condition.

“In all the years I’ve seen complete sets, none compare to the standout pieces in The Castle Collection,” said Greg Rohan, President of Heritage Auctions. “This is truly a magnificent collection that many of the most advanced collectors have never seen.  The current owner of the Castle Collection is very savvy and it’s easy to see that he took a true connoisseur’s approach to acquiring these coins.”

Far beyond advertisements, Heritage executives are strategizing and executing a uniquely tailored marketing campaign for the equally unique collection. Features include:

The dedicated attention is built around the understanding that copper is notoriously difficult to obtain with intact original surfaces, and the early years from the 1860s and 1870s are rarely encountered. All of the regular issues from these early years are represented in The Castle Collection by full red, high-grade pieces.

Among the most challenging issues in the Indian cent series are the 1873 Doubled LIBERTY, MS65 Red and Brown, a coin that is rarely found in mint condition, much less with any original mint luster. The low-mintage, key 1877 is an MS66 Red coin, the seldom-encountered 1888/7 is represented by an MS64 Red and Brown example and the 1894 Doubled Date cent grades MS66 Red.

All the coins in the Castle Collection are PCGS certified (several in old green holders) and the majority of the coins have received CAC and Eagle Eye Photo Seal endorsement. The Castle Collection is in the PCGS Hall of Fame, and is the #1 set in both the Basic Set and Major Varieties Categories. It received the Gold Award Winner as All-Time Finest in 2010, 2011, 2012, 2013, and 2014. The set was also a Platinum Award Winning set in 2014, 2015, and 2016.

Other highlights in this finest-known set include:

Heritage Auctions’ presentation of The Castle Collection of Indian Cents will take place during auctions held in conjunction with the American Numismatic Association’s World’s Fair of Money, Aug. 13-20, in Chicago. Pre-auction bidding on the collection begins approximately July 25 on HA.com and the entire collection will be on full preview Aug. 11-17 at the Donald E. Stephens Convention Center, 5555 N. River Rd., Rosemont, IL 60018.