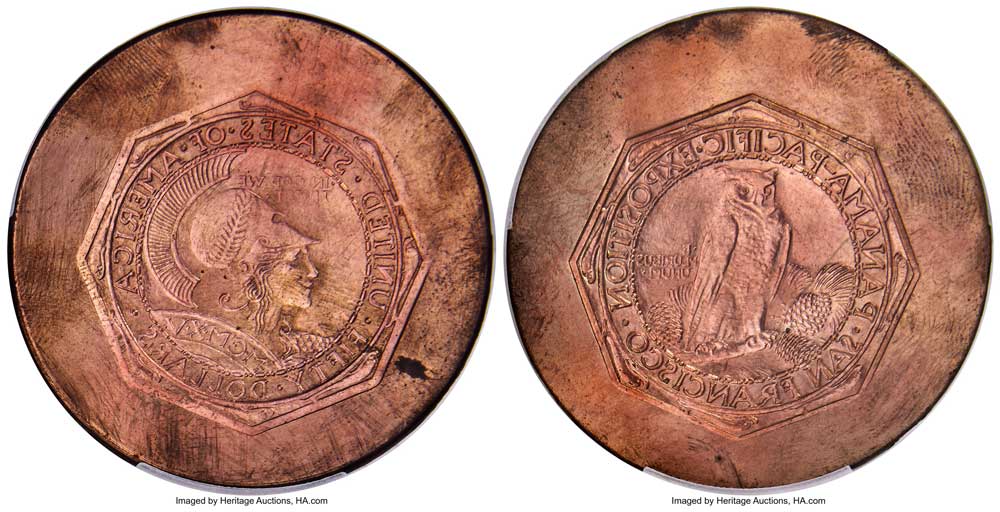 Heritage Auctions will be offering a very special test piece that the US Mint made while preparing to strike the 1915 $50 Panama Pacific gold commemoratives.

A hub is used to create the dies that will strike a given coin design. The copper hub trial that Heritage will be offering in the April Auction #1329 shows the mirror image of the devices that actually appear on the coins because the impression was taken from the hubs used to impress the die and not the die itself. It is also struck on an oversized copper planchet, which gives it a unique appearance even compared to the already-large actual coins that were later struck in gold.