Lange was one of the world’s leading coin experts, an author of numerous books, a recipient of some of the highest honors in numismatics and an integral member of the NGC team. 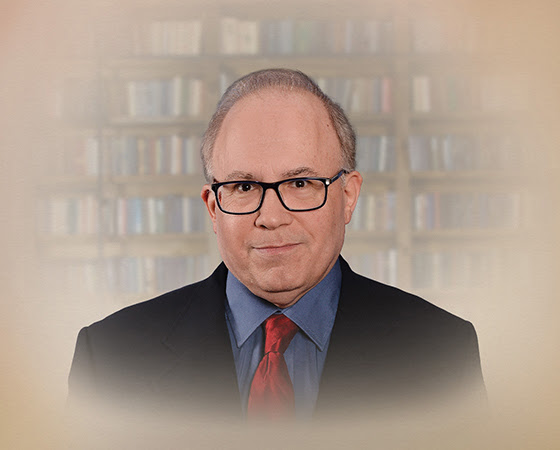 Numismatic Guaranty Company® (NGC®) is deeply saddened by the passing of its longtime Research Director, David W. Lange. One of the world’s leading experts on coinage, he passed away on Monday, January 16, 2023, following a battle with cancer.

"Dave was a talented numismatic researcher and writer, with a great wit," said Mark Salzberg, Chairman of the Certified Collectibles Group. "There aren't many who could stand next to him in his field, and we are endlessly fortunate that he chose to work at NGC. He leaves behind a tremendous legacy that not only touches the NGC family but the entire numismatic community."

A decades-long passion for coins

Born in 1958, Lange was one of the hobby’s best-known researchers and writers, having authored 10 books and hundreds of articles on US numismatics. Among his books are “The Complete Guide to Buffalo Nickels” (1992), “The Complete Guide to Mercury Dimes” (1993), “The Complete Guide to Lincoln Cents” (1996), “History of the United States Mint and Its Coinage” (2005), “A Guide Book of Modern U.S. Proof Coin Sets” (2005) and the “NGC Grading Guide for Modern U.S. Coins,” which he co-authored with NGC President Rick Montgomery (2004). His award-winning USA Coin Album column was a popular fixture in The Numismatist, the monthly magazine of the American Numismatic Association (ANA).

"Dave was the quintessential numismatist, and he was one of those rare individuals who could express his incredibly vast and comprehensive knowledge eloquently via the spoken or written word," commented Rick Montgomery, NGC President and Finalizer. "His body of work will be referenced for years to come, and his legacy will be found in the dedication and passion discovered in those works. His was a talent that will be sorely missed in numismatics."

"Fortunately, Dave gave us a large corpus of articles and books both to remember him and to learn from. Even when writing about technical matters, his writing is so elegant and fluid as to seem effortless. This was due to a combination of his natural talent and his true mastery of the subject," said Scott Schechter, NGC Chief Numismatist and Finalizer. "When re-reading his works, those of us who knew him personally get the extra benefit of hearing, in his own voice, snippets of his sharp wit and clever humor judiciously peppered throughout. He made a great contribution to US numismatics and left a legacy that will surely grow."

Significant contributions to the hobby

An ANA member since 1978, Lange taught numerous courses at the ANA’s annual Summer Seminar at its headquarters in Colorado Springs, Colorado. His many contributions to the ANA were recognized in 2009 when he received the association’s Lifetime Achievement Award.

Besides his involvement in the ANA, Lange was also an active participant in a number of other hobby organizations. He was a former president of the Pacific Coast Numismatic Society, the California State Numismatic Association and the New Jersey Numismatic Society.

He served as NGC’s Research Director since 1994, making him one of the company’s longest-tenured employees. His contributions to NGC include the development of its VarietyPlus® variety attribution program and catalog, the NGC Photo Proof® service and a plethora of other educational content.

"I had the good fortune of working with Dave for over 20 years. He loved good conversation, and we all loved his stories and witty humor — Yes, he could be very funny!," said David Camire, NCS President and NGC Finalizer. "Professionally, he was in a league of his own, an extremely knowledgeable and prolific writer who contributed greatly to numismatics. Dave was a good friend, whom I will miss."

A lasting impact on the numismatic community

Lange received numerous accolades for his contributions to numismatics. In addition to the Lifetime Achievement Award, he received ANA’s Numismatist of the Year honor in 2017. And along with many awards over the years for his books, USA Coin Album and other writing, the Numismatic Literary Guild honored Lange with its prestigious Clemy Award in 2018. In 2021, Coin World named him one of the 60 most influential people in numismatics since 1960.

As the entire numismatic community mourns the passing of such an influential figure, the loss is especially difficult for those at NGC who worked with Lange over many years.

"Though he was a towering figure in numismatics, I especially cherished Dave Lange as a person," shared David Vagi, NGC Ancients Director and Finalizer. "He was caring, honest, generous, hard-working and fun. His sense of humor was tremendous and will be sorely missed. We are fortunate that Dave loved coins and that he dedicated his professional life to them, for our field is greatly enriched by his many and lasting contributions."

Lange contributed greatly to the success of the NGC Registry, a community of coin enthusiasts who share their collections and compete against one another for top honors. Beginning next year, the NGC Registry Awards will have a new prize in his memory: the David W. Lange Overall Achievement Award.