Pre-1933 gold coins have long been a core area of the coin collecting market. Yet, over the past two years premiums on these classic coins have virtually all but evaporated as more of these coins have come onto the market from overseas and increasing numbers of collectors and investors turned to buying American Eagles and other modern bullion coins. 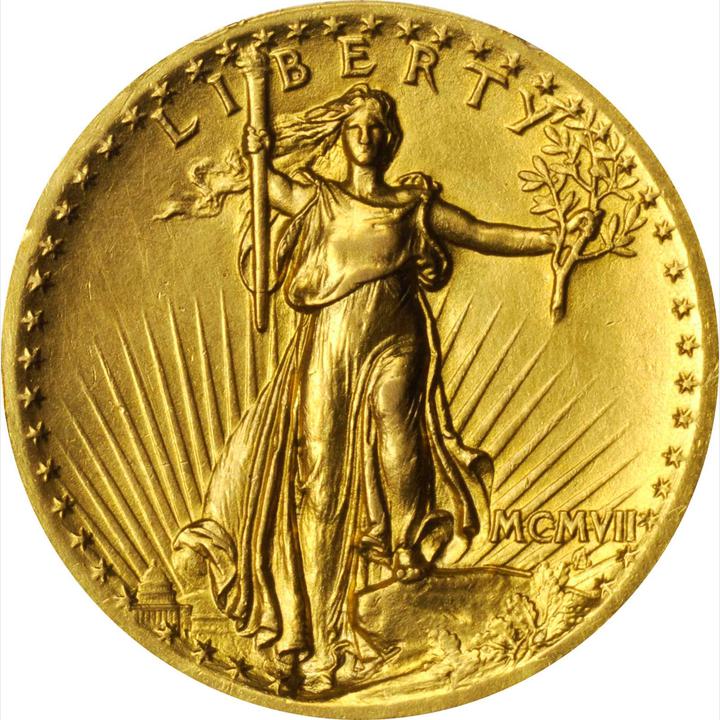 Pre-1933 gold coins have long been a core area of the coin collecting market. Yet, over the past two years premiums on these classic coins have virtually all but evaporated as more of these coins have come onto the market from overseas and increasing numbers of collectors and investors turned to buying American Eagles and other modern bullion coins. Coin dealers have confronted a twofold challenge as they watch potential profits dwindle on generic pre-1933 gold coins, all the while watching gold spot price edge bearishly downward.

Is there anything dealers can do to remedy this nervewracking situation? While crafting the fate of gold futures is out of the hands of dealers, rebuilding the market for pre-1933 gold coins is within the theoretical reach of any and all coin professionals. How can coin dealers get hobbyists excited about collecting old gold coins again and help propagate stronger market values? One of the best ways is to promote building type sets of pre-1933 gold coinage. The concept is relatively simple, and it’s been perhaps best exemplified by Capital Plastics, a company that has carved a name for itself in numismatics by selling Lucite sandwich-style holders for a wide range of coins and coin sets, including type sets. There are several gold type set arrangements for which Capital holders are mass produced.

Among these are holders four-coin sets accommodating a $2.50 quarter eagle, $5 half eagle, $10 eagle, and $20 double eagle of either the Liberty Head types or the 20th century Indian Head and Saint-Gaudens designs. The four-coin set is perhaps one of the most popular because it is a relatively affordable avenue for acquiring a small but handsome gold coin collection encompassing various attractive types. Many dealers find success in selling pre-made four-piece type sets of generic Liberty Head or Indian/Saint-Gaudens gold coins in either circulated of uncirculated grades. The appeal of owning an instant collection of beautiful, classic gold coins appeals to many who have the approximately $2,500 to $3,000 available to buy such a set.

And what about more advanced collectors with deeper pocketbooks? There’s a gold type set for them, too – one that affords both dealers and collectors many lucrative opportunities in a staggering gold market. A 12-piece gold type set, popularly standardized by Capital to include one example of each major post-1839 gold type from dollar through double eagle, offers collectors an opportunity to own some of the most popular gold coins in an attractive, logical set. A rundown of the 12 coins in this survey of pre-1933 gold coinage includes the three gold dollar types (Type I Liberty Head, Type II Indian Head, Type III Indian Head), the Liberty Head and Indian quarter eagles, $3 Indian Princess, Liberty Head and Indian half eagles, Liberty Head and Indian eagles, and Liberty Head and Saint-Gaudens double eagles. The base price for such a set may run for $7,000 to $10,000, depending on the dates and grades of the coins within.

There has not been a time in recent memory when pre-1933 gold coins were obtainable for so little over spot. All one needs to do is look back at old Greysheet pricing data to see how much the market has changed in recent years. Take, for example, pre-1933 gold prices from an issue of Greysheet published 20 years ago, on November 6, 1998, when the price of gold per ounce was reported as $290. Bids for generic MS60 Saints were listed at $510 – amounting to a premium of some 80 percent. A $10 Indian in the same grade was bidding at $360, or about 155 percent more than its bullion value, while $2.50 and $5 Indian were going for bids of $185 and $250, respectively. Again, these represent large premiums over the respective bullion value of the coins – approximately 425 percent for the quarter eagle and 350 percent for the half eagle.

Today, the situation is much different. As of this writing, gold hovers around $1,200 per ounce – significantly more than the yellow metal commanded ounce for ounce 20 years ago. Despite the increase in gold spot exceeding well beyond 300 percent price growth, premiums for generic gold have dropped like a rock. In the October issue of Monthly Greysheet, common-date MS60 Saints bid for $1,220 – read another way, that’s barely $60 above spot for an uncirculated Saint-Gaudens double eagle, not even registering a 10 percent premium above spot. Meanwhile, MS60 $10 Indians were bidding for $660 – about $80 above spot, or slightly better than a 13 percent premium. Predictably, quarter eagles and half eagles fared better in comparison but are still major bargains today relative to their prices 20 years ago. Generic MS60 $5 Indians charted at $380, or roughly $85 (about 30 percent) above spot. MS60 $2.50 Indians? They notched bids of $270 in October 2018, representing a significant premium above their present $145 melt price. Still, generic MS60 quarter eagles mustered historically anemic premiums of less than 90 percent over spot.

To be sure, the situation isn’t entirely bleak for dealers when it comes to values of pre-1933 gold. Scarce issues and key dates are still worth well more than their bullion prices; these pieces will be examined in greater detail later in this article. Other strong performers include the $1 and $3 denominations, which in MS60 have been trading in the wholesale market at healthy base levels of $205 and $1,500, representing multiples of their melt values of approximately $60 and $175, respectively.

APPEALING TO COLLECTORS WITH CLASSIC GOLD

Many individuals who bought generic gold coins several years ago when premiums over spot on pre-33s were higher may view today’s sinking prices through a negative lens. Yet this may be the best opportunity in years to hook individuals who once thought they were priced out of the pre-1933 gold market. The chance to buy collectible gold coins at prices temptingly close to bullion values can hook even shoestring hobbyists into biting the bullet and buying pre-33s while the opportunity affords itself.

Dealers can remind their customers that, because of the historically low premiums, even a small spike in spot prices puts buyers in a profit position. In fact, pre-33 gold premiums are presently lower than they are for modern gold eagles, making the classic gold coins excellent buys even for diehard precious metals investors. Some customers might prefer gold eagles because they are made in convenient, rounded weight fractions, including one ounce, half ounce, quarter ounce, and tenth ounce sizes. Dealers can therefore explain the weights of each pre-1933 denomination to help them better understand how much gold each of these coins contain. Again, a four-piece set comes in with almost two ounces of gold while the 12-piece set carries nearly four ounces.

But what’s the best lure for these customers? Type sets.

Why type sets? For all but the wealthiest collectors, building a complete date-and-mintmark set – even a year-by-year run – of all the coins from any single gold series is an intimidating objective. Consider even the $2.50 and $5 Indians, the former with just 15 business-strike issues and the latter with only 25. Yet, both series contain some formidable key dates, including the $2,800 (XF40 bid) 1911-D for the $2.50 Indian, while the $5 Indian boasts the 1909-O and 1929 keys that trade for $5,000 and $14,000 in XF40. Add in retail premiums, not to mention all of the other issues for each series, and the collector faces a minimum total cost approaching the mid five-figures for either set. Meanwhile, owning a single gold coin generally appeals only to either collectors with very limited budgets or individuals who want only one gold coin for the novelty of it – perhaps some might call this “bragging rights.”

However, there is a certain benefit that a type set offers the collector: variety. And for dealers there are at least three reasons helping collectors build a type set can ensure potentially long-term and lucrative relationships with those customers: A, those hobbyists will need to make multiple purchases to complete their sets; B, those collectors may want to eventually upgrade the coins in their type sets or trade up their generic common-dates to scarcer semi-key or key dates; and C, type sets commonly serve as springboards for building entire series collections based around a collector’s favorite type (or types).

A basic 12-piece gold type set in a Capital holder is a handsome cornerstone for any advanced collection of United States coins. Even better still is a 12-piece type set filled with semi keys, keys, or Gem specimens. Building a top-caliber type set provides mutual benefit for the collector and dealer: the hobbyist obtains a high-quality set of rarities with much upside potential, while the dealer benefits from selling coins with strong premiums. A win-win situation for both parties.

Perennially challenging coins are Charlotte, Dahlonega, and Carson City gold issues, all of which have performed well in recent years and are hot targets for well-heeled type set builders. These scarce mintmarked coins make terrific buys for those who want better examples of the three gold dollar types, the four Liberty Head types, or the $3 Princess. As for the $3 Princess, one of three Philadelphia dates often turn up in generic gold type sets: the 1854, 1874, or 1878. Those are, of course, the three issues with the highest mintages and remain the most plentiful survivors from the series. But steering a collector toward the slightly better issues, including mintmarked specimens or any of the pieces from the 1860s or 1880s is an excellent way to help improve the quality of his or her set.

On another note, many collectors are unaware that virtually all pre-1880 Liberty Head gold coins are scarce across the grading spectrum and rare in uncirculated grades. Though much more expensive than latter Libs, these earlier pieces offer an avenue for collectors who want their type sets to be a cut above the rest. Helping collectors seek the scarcer pre-1880 Libs or any of the earlier dates in MS will of course keep dealers working overtime fulfilling gold type set want lists, but these tenacious professionals could be handsomely rewarded when they come up with the goods for their enthusiastic customers.

Looking to the latter issues in the 12-piece gold type set brings to mind the Indian and Saint-Gaudens coins. Many advanced collectors seeking these will not settle for anything less than MS63 examples, and it is beginning at this level for the 20th-century gold types where major spreads exist between melt and numismatic values. Similar is the case for Saints in MS65, though dealers could pitch MS66s or MS66 CACs to buyers who are looking for top-level Saints that offer solid upward potential should the market see growth.

The bottom line? Dealers can navigate this period of lower generic gold coin premiums by encouraging their customers to build sets at prices that are but a whiff above spot, and type sets have broad appeal and provide dealers ample opportunity to graduate those collectors into higher-level material. At the very least, the collector who builds such a type set will temporarily shift his or her focus to the more traditional pre-1933 gold coins that have languished with the arrival of myriad modern bullion options. In the best of scenarios? If enough dealers collectively convert a critical mass of hobbyists into discovering (or rediscovering) classic gold coins, we may eventually see numismatic premiums on generic pre-33s return to previous levels.