Reflecting on his work with coinage during a 2015 interview, Joel Iskowitz said, “it’s very gratifying to think that my art work has such wide reach, though a majority don’t know who I am and don’t even know that it’s an artist that creates these miniature works of art.” 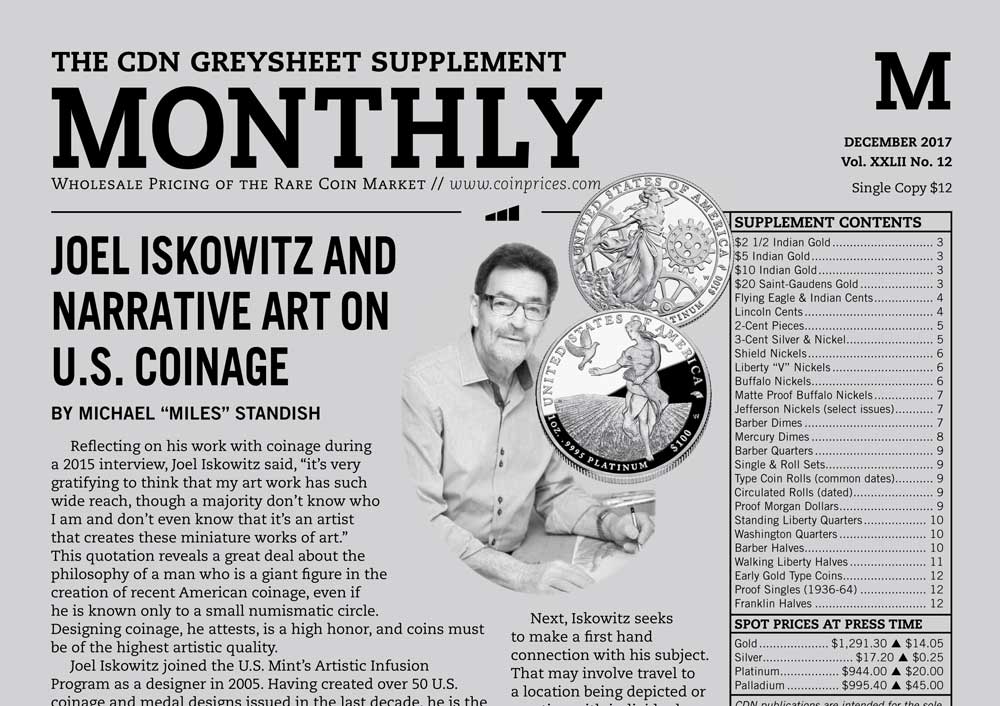 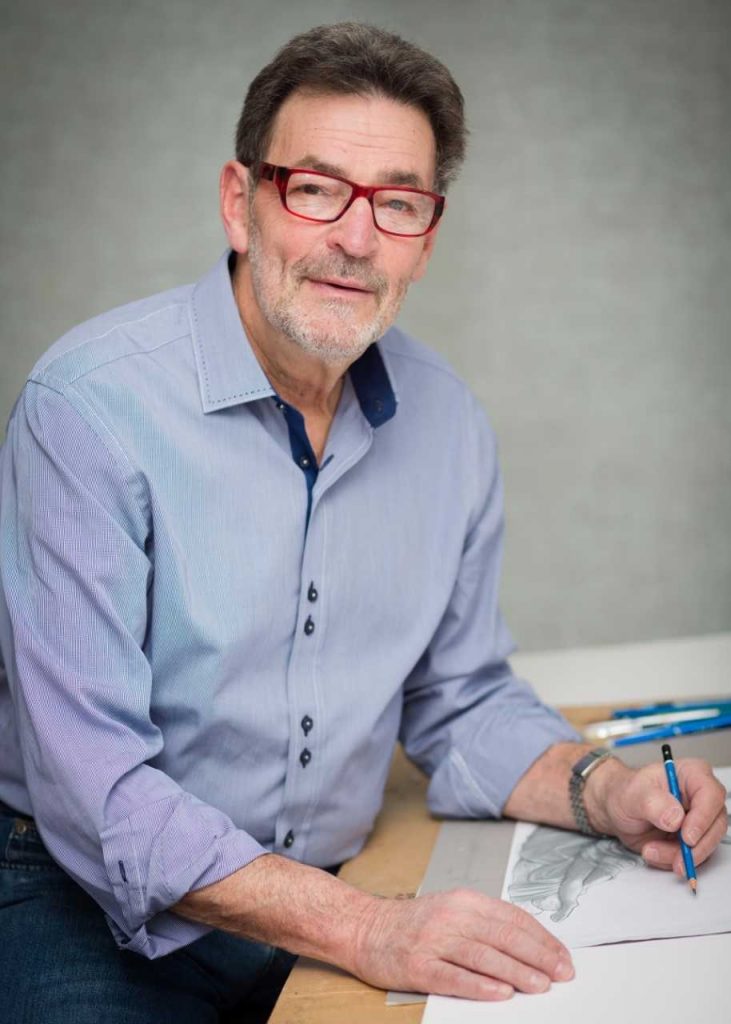 Reflecting on his work with coinage during a 2015 interview, Joel Iskowitz said, “it’s very gratifying to think that my art work has such wide reach, though a majority don’t know who I am and don’t even know that it’s an artist that creates these miniature works of art.” This quotation reveals a great deal about the philosophy of a man who is a giant figure in the creation of recent American coinage, even if he is known only to a small numismatic circle. Designing coinage, he attests, is a high honor, and coins must be of the highest artistic quality. 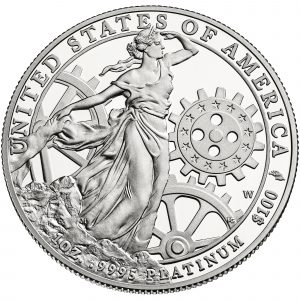 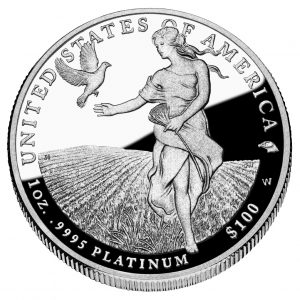 Joel Iskowitz joined the U.S. Mint’s Artistic Infusion Program as a designer in 2005. Having created over 50 U.S. coinage and medal designs issued in the last decade, he is the most prolific U.S. coinage designer of the recent era. Iskowitz had a long career as an artist before entering numismatics. Beginning in the 1970’s as an illustrator, he created album covers and postage stamps—over 2,000 designs for 40 countries. He had also completed work for NASA and the Air Force Art Program.

Iskowitz is a realist narrative artist. The function of his art, he stated during a 2014 symposium, is “to distill and advance the [subject’s] story.” To achieve this, he relies on a detailed process. He begins all his numismatic work in the same way: by reading and re-reading the authorizing Congressional legislation. He seeks to understand and internalize the rationale why an honor is being conferred and the breadth of his subject’s accomplishments.

Next, Iskowitz seeks to make a first hand connection with his subject. That may involve travel to a location being depicted or meeting with individuals connected to an event. He visits the National Archives to examine images and documents. This process he describes succinctly: “Research, research and more research before ever lifting a pencil.”

For Iskowitz, every detail must be correct. Artistic license comes in the form of montage, assembling the elements of the composition, but each rendering must be precise and exact. For example, when creating the New Frontier Congressional Gold Medal, which honors Neil Armstrong, Buzz Aldrin, Michael Collins and John Glenn, the artist considered every detail. A portion of the medal’s reverse shows the

Friendship 7 capsule orbiting above the earth. To capture this accurately, Iskowitz exhaustively examined images from John Glenn’s mission notes to correctly capture the direction of its orbit and its orientation. The medal received recognition from the International Design Awards. 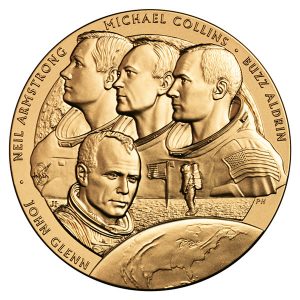 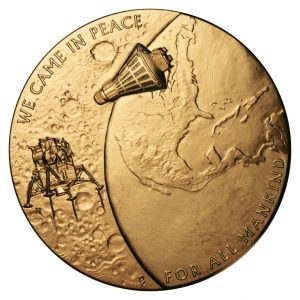 Iskowitz has said that, while no two projects are the same, designing a coin or medal for the U.S. Mint requires about two months to complete, including the research phase and working through the composition in dozens of variations. He holds the opportunity to design coins and medals in such esteem that they take priority over all other projects. Congressional Gold Medals are the highest civilian honor bestowed on their recipients by the United States of America. Iskowitz designed 11 of them between 2009 and 2016, an accomplishment that has come with recognition within the field.

A final aspect of the design process of any U.S. coin is receiving recommendation from Citizens Coinage Advisory Committee and U.S. Commission of Fine Arts, which Iskowitz often refers to collectively as “erudite national review boards.” Unlike many other artists who view this as an intrusion, Iskowitz seems genuinely to appreciate this vetting and stamp of approval. A coin or medal design must achieve many things: historical accuracy, coinability and aesthetic integrity. The fact that all designs are selected in competition means that the one with the most resonance, the one that carries the most potent message will be selected.

The selections have been prodigious. Iskowitz has designed five reverses for Platinum American Eagles, the issues released in 2006, 2008, 2011, 2013 and 2015. He has designed seven commemorative coins, nine First Spouse coins, six quarters, four Presidential $1 coins, and the list is still growing. Iskowitz also designed the reverse for the 2009 Lincoln, Professional Life cent.

Because of his considerable design credits for the U.S. Mint, Iskowitz is called on to speak publicly about coinage design. The significance of this work, why it is so vitally important to America and why it means so such to Iskowitz, personally, is well summarized in his own words, from a 2015 lecture at the Museum of American Finance:

“How fascinating that this art moves among the people, compared to art that’s in a museum where people go and visit. My art visits the people and there’s no telling how it will move around. So it’s really a very vital form of communication. Each coin and medal is a repository of the history of any given culture or era. It’s also an ambassador in a way, because it carries a message and shows a culture’s finest or most moving moments.”

Miles Standish is a life long numismatist and rare coin grader, and one of the leading architects of building the modern coin market for collectors who want to collect great U.S. Mint and World Coins. Winner of the U.S. Mint Directors Medal of Excellence. Miles can be reached by email at: miles@ngccoin.com